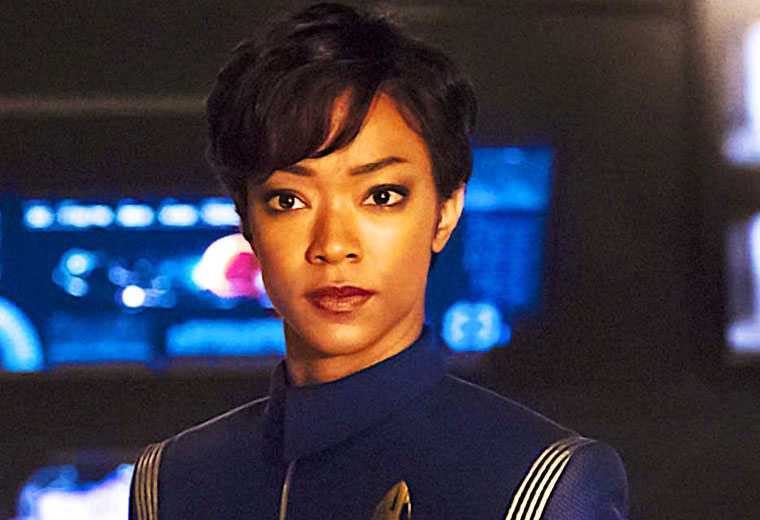 Speaking with Entertainment Weekly, showrunners Gretchen J. Berg and Aaron Harberts explained that the challenge in building a new, science fiction series from scratch was a major factor in pushing the show back to this fall.

“There’s is so much artistry and custom craftsmanship that go into every prop, every costume, every set,” Harberts said. In continued, citing examples such as sending costume designers to Switzerland to get the fabric for the new Starfleet uniforms and sets taking upwards of 16 weeks to construct.

“You can’t cut corners or have 95 percent of what’s on screen be completely original and inspired and then have five percent something you bought at a store,” Berg added. “It has to be cohesive — and it is. I’m so proud of what’s on screen, it’s so beautiful and it’s taking world-building to a whole new level.”

There’s a lot riding on this show for CBS. Network personnel previously explained that the show is crucial to the success of CBS All Access. CBS CEO Les Moonves even went so far as to call the franchise their “crown jewels” and, according to Berg and Harberts, they seem to be treating Discovery as such.

“CBS has given us the time and the money to make something the fans will find worthwhile,” Harberts said.

Though the pair didn’t elaborate on this fact, EW also reported that the casting of series lead Sonequa Martin-Green may have also contributed to delays, as the production had to wait until the actress finished the latest season of The Walking Dead. This seems to corroborate earlier reports that her role was the most difficult to cast.

Discovery was originally announced in early 2016 for a January 2017 release date. That was then pushed back twice: once to May 2017 after show co-creator Bryan Fuller exited the production and again to a previously undisclosed time later this year.

Just this week, CBS announced that the series’ broadcast premiere will take place on September 24, with all subsequent episodes being made on Sundays through the CBS All Access service.