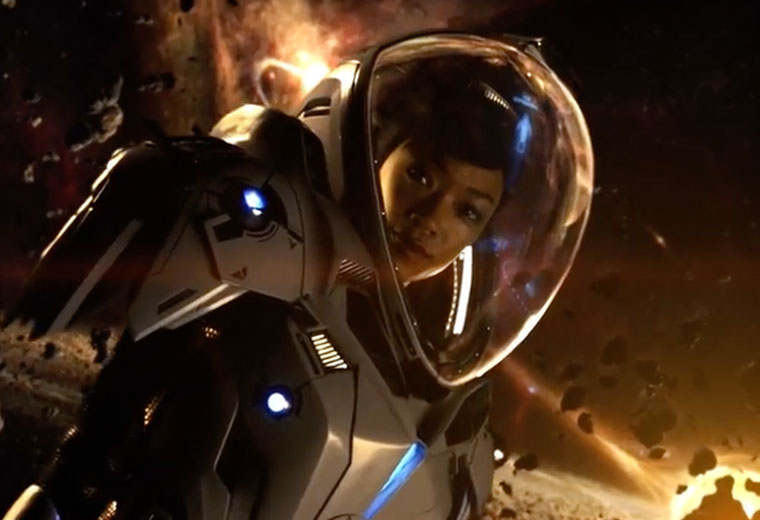 During a recent interview with EW, Martin-Green reveals that Burnham is fully human, shutting down speculation that she is a Vulcan-Human hybrid. Burnham is also the first human to attend the Vulcan Learning Center and subsequently the Vulcan Science Academy. Additionally, Burnham has a close relationship with Sarek (James Frain).

Co-showrunner Aaron Harberts commented on Martin-Green and her ability to portray such a divided character.

“We read a lot of people and they either went way too robotic and chilly or way too emotional,” said Harberts. ““What’s beautiful about Sonequa’s performance is she’s capable of playing two, three, four things at once. She’s got such a great command of her craft, she’s able to be aloof but warm; logical but able to surrender her emotional side to the audience.”

“I have the Vulcan conflict in my life from Sarek and Amanda so there’s always going to be that inner conflict with me,” added Martin-Green. “But I think it’s relatable because we all have some kind of inner conflict going on — who we are versus who we present ourselves to be. There’s a lot to be discovered.”