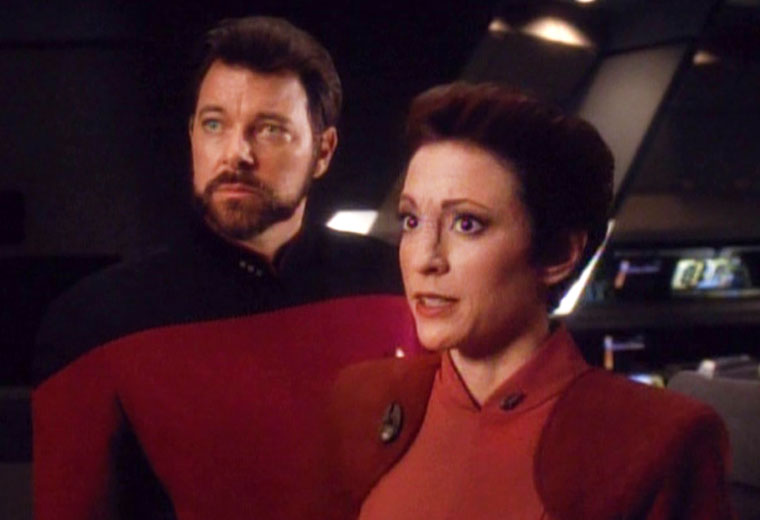 Comedy crystallizes special times in our lives. It vividly captures moments like no other art form, even as far removed as a different timeline, era or galaxy. It feels good to laugh, and laughing makes those special moments we treasure more enjoyable and memorable. Laughter is healing – the best medicine. One only has to look at Dr. McCoy’s jovial bedside manner. Enterprise’s Chief Medical Officer makes medicine fun. Bones is a physician who knows how to laugh.

Comedy may be earthbound, but can be universal. Abbott and Costello took the sport of baseball and unusual names to a new comic level in their classic comic skit, ‘Who’s On First?’ This hilarious comedy routine remains one of the most recognizable and delightful comic exchanges in Hollywood history. It’s so universally funny bone tickling that in 1999 Time magazine named it the ‘Best Comedy Routine’ of the 20th century. The duo answered their own comic question prophetically and emphatically by putting themselves first on 20th century’s laugh heap.

The classic bit has the ever innocent Lou Costello being schooled on a baseball team’s positions by his street smart buddy, Budd Abbott. Costello can’t handle those wacky baseball player names, and of course, Budd offers no clarity. Though the beloved American comedy team never intended to document a Starfleet crew roster with the routine, it’s a fitting comedy performance for an unsung part of Star Trek mythology – First Officers.

While scores of books, articles and blog posts focus on the cosmic exploits of captains Kirk and Picard, first officers such as Riker and Chakotay are overshadowed. Fear not, first officer fans. Future TV Trek just may end up changing things. Star Trek: Discovery, in its narrative concept and distribution, promises to blaze a new trail for both television science fiction and loyal Trekkers who love it. Actress Sonequa Martin-Green (The Walking Dead) fleshes out Michael Burnham, a Starfleet first officer, and much early publicity and buzz surrounds her. As a new ST launches, it’s important to remember being Starship Captain isn’t the only proper way to carve out a space exploring career with grace and distinction.

Who’s on first in the Star Trek universe? 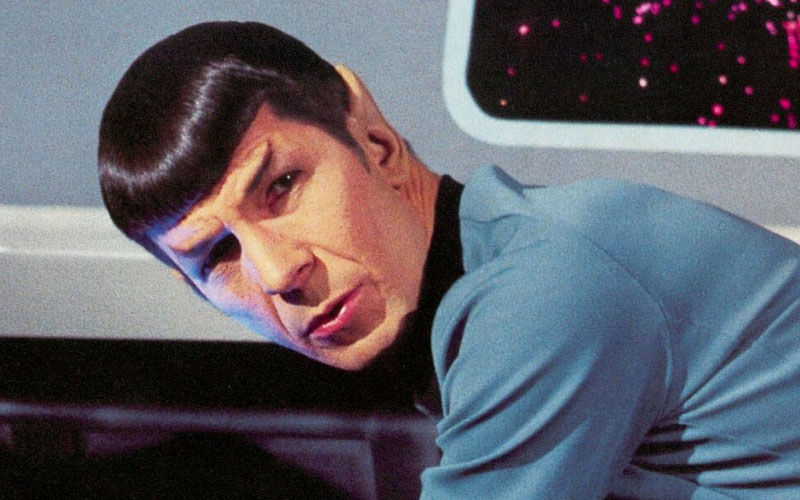 Spock, as befits his mixed racial heritage, impresses us as the exception. While his Captain may still get more of the galactic press, randy reputation and nova spotlight, the half Vulcan, half human first officer – and also Enterprise science officer – garners his fair share of accolades. Indeed, in the classic theatrical films, Spock is even promoted to Captain, so this son of Sarek knows what it’s like to come out of the shadow of James T. Kirk. Back in the day, Nimoy would often get the most fan mail out of the original cast of star trekkers.

How’s Spock measure up in recent Trekdom? In the J.J. Abrams theatrical reboots, Zach Quinto’s Spock, although still respectful of his Chris Pine Kirk, appears more flustered, frustrated or even combative than Leonard Nimoy’s too cool for school portrayal. Maybe it’s all the stress he’s under over romancing the beautiful human Uhura played by Zoe Saldana? Whatever the ultimate evolution of this legendary first officer, he’s a model in professionalism for all other Number Ones to follow. 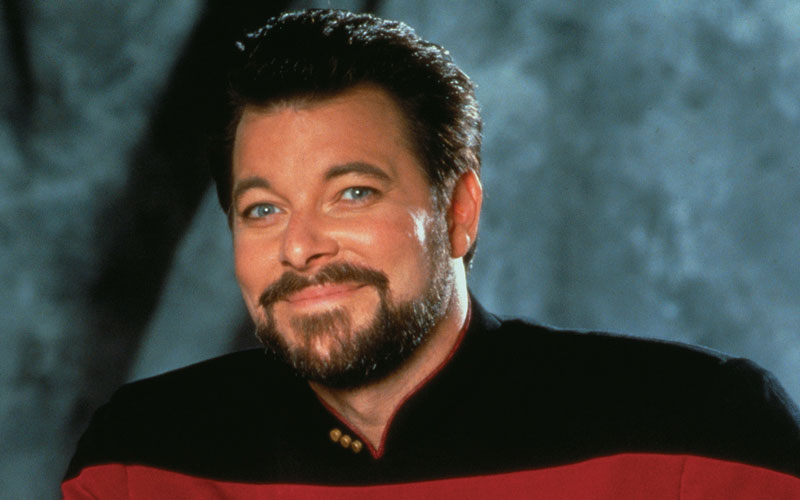 Jonathan Frakes as Commander Will Riker on Star Trek: The Next Generation | Photo: CBS Home Entertainment

“What am I still doing here?” It’s a question which defines William T. Riker and his career trajectory.

Riker asks his on again, off again, on again Imzadi Counselor Troi (Marina Sirtis) this loaded question in “The Best of Both Worlds”, Star Trek: The Next Generation‘s Borg epic. It’s the final episode of the 3rd season, as the two relax in Ten Forward, Riker can only talk promotion – or, more precisely, why he’s not taking Captain promotions offered by Starfleet.

Perhaps no other episode neatly captures the dynamic of a Captain and his right hand – his first, his Number One. Will Riker wasn’t the first to be called Number One. In Trek’s first pilot, “The Cage”, Majel Barrett played the enigmatic Number One, technically the first, first officer in Star Trek. After the show was restructured and recast, she became known for her role as the Vulcan loving Nurse Christine Chapel.

One of the jewels in the Michael Piller scripted “Best of Both Worlds” is Riker vs Shelby. Commander Riker tangles with Commander Shelby – played by the magnificent Elizabeth Dennehy – on loan to help Enterprise battle the rampaging Borg. Shelby’s ambitious. She makes no doubt about what she wants in her career. Shelby doesn’t mull over promotions, she takes them. This Shelby quote nicely encapsulates Riker’s unique dilemma, “You’re in my way. All you know how to do is play it safe. I suppose that’s why someone like you sits in the shadow of a great man for as long as you have – passing up one command after another. If you can’t make the big decisions, Commander, I suggest you make room for someone who can.” Ouch, Willie boy! 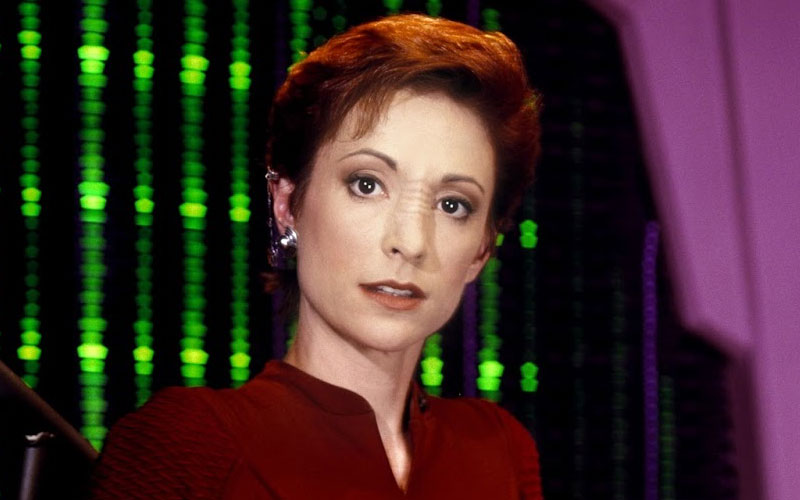 She’s the first officer who’s not really a first officer. She’s not Starfleet and so she owes no real allegiance to the Federation nor her superior, once Commander, ultimately Captain Benjamin Sisko. When it counts, however, Major Kira excels in her duties as a Number One.

Where do her loyalties really lie? Kira has worn many hats over her career and she’s pledged loyalty to a variety of organizations. While fighting against the Cardassian occupation, Kira was a top operative in the Bajoran Resistance. Now she’s a Major in the Bajoran military – and serves alongside Captain Sisko on Deep Space Nine and on the starship Defiant. She’ll come to be deeply loved by the Channeling, Odo, and that complicated romance will become a test for her as both a military professional and a woman.

Deep Space Nine logged many firsts for a TV Trek, and the fact that Major Kira wasn’t a Starfleet officer was among the more intriguing and complex character traits. 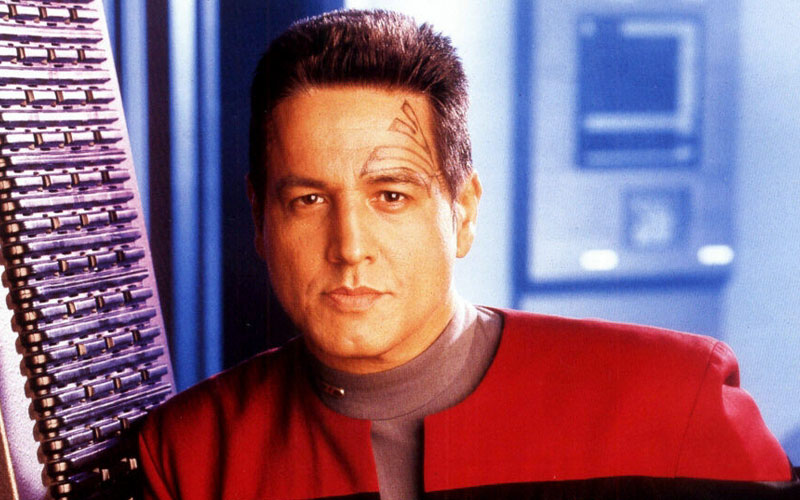 Can a former member of a group pledged to stop and resist Federation authority become a functioning and valuable first officer to a Starfleet Captain? We found out in Star Trek: Voyager.

Chakotay had a respected career in Starfleet, but he abandoned the group for the Maquis – a paramilitary organization committed to stopping Cardassia and Federation assisted expansion to convert more worlds into the Cardassian Union. When Janeway first encountered Chakotay, he wasn’t a man who saw much equality or fair play given to his fellow resistance fighters coming from Starfleet – the Federation’s enforcers of its peace treaty with Cardassia.

Though in many ways, Captain Janeway had no choice but to enlist Chakotay into her fold – after Voyager lost crew members during pursuit of him and his Maquis into the Badlands – the choice proved a beneficial one for the whole crew. Janeway and Chakotay worked closely together, and this often can make for more than just a professional based relationship. Although they experienced physical attraction to each other during their long tour of duty on Voyager, it would be former Borg drone, Seven of Nine (played by Jeri Ryan), who would eventually romance Voyager‘s first officer. 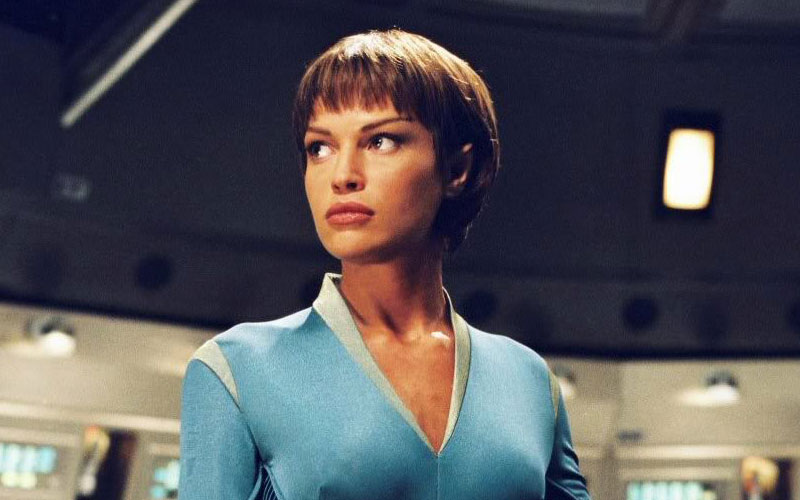 With the prequel series, Star Trek: Enterprise, Vulcans seem to gravitate to being first officer. Here, in the now defunct UPN network prequel show which sought to fill in the backstory of classic, original Trek, T’Pol is Subcommander – and although not officially at first a first officer, it’s the role she mostly assumes.

She’s initially placed onto the starship by the Vulcan High Council as a kind of observer. After her tenure impresses Captain Jonathan Archer (Scott Bakula), she’s given the title of Commander and is cleared for having to take standard Starfleet training – bypassing the usual process for an officer of her rank and status. 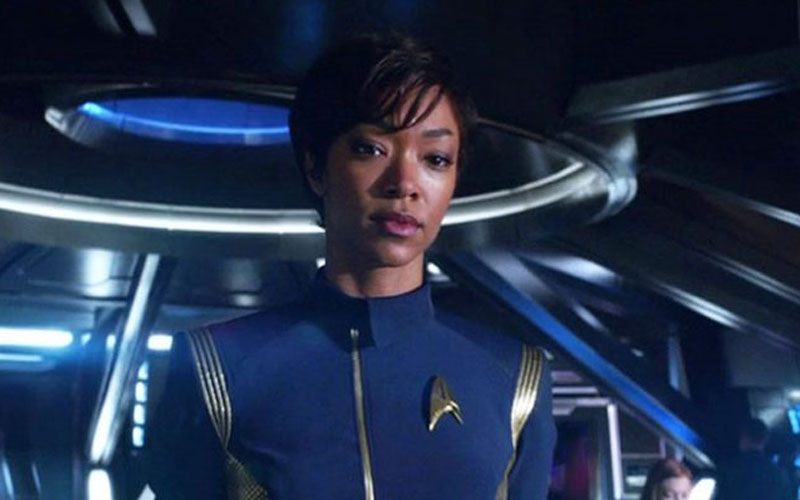 As of this writing, little is known about Michael Burnham – played by Sonequa Martin-Green of The Walking Dead fame, other than she’s a human and will be the first officer, serving aboard the U.S.S. Shenzhou.

A few additional facts known about this first officer: Deliberately given a male name and she has a close relationship with Spock’s father, Sarek. As for the First Officer connection, this is why Discovery was written with more of a focus on the second in command, not having the usual preoccupation with the ship’s Captain, “to see a character from a different perspective on the starship—one who has different dynamic relationships with a captain, with subordinates, it gave us richer context”.