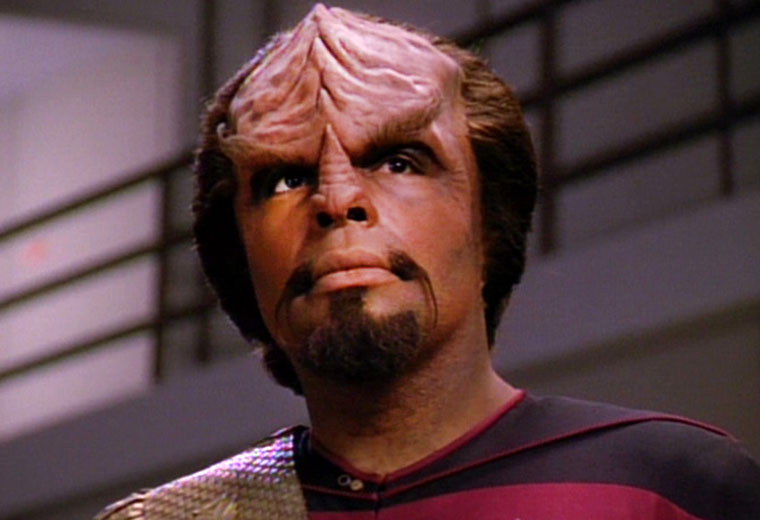 Developer Disruptor Beam is back at it with their support for the free-to-play mobile game Star Trek Timelines. A new month-long community event, “A Good Day to Lie,” is currently active, and for the rest of the month players can engage in weekly community events. As the title may suggest, this event spotlights the famous (or infamous) Klingons.

The event, which started on July 6, tasks players with holding “the Klingon Empire together while fighting off beasts from Klingon mythology, identifying nefarious parties profiteering from the muddy waters, and finding and reinstalling Chancellor Martok while there still is a chancellery to save,” as noted in this post from Disruptor Beam.

“We really wanted to find a story we could sink our teeth into, but that was relevant to all eras of Star Trek,” said Erin Prince, Star Trek Timelines Product Owner at Disruptor Beam, in the aforementioned post. “When you think of all the iterations of Star Trek, Klingons have been more present than the Enterprise herself! We knew this was an event we’d be excited to play.”

Events will appear throughout the month, featuring several new Klingon characters for players to collect. The next event, “When Giants Walk,” begins July 13, and it explores Klingon mythology alongside four new Klingon characters. July 20 begins “The Heart of the Empire,” where players travel back in time “in an epic battle for present.” Finally, July 27 concludes the event with “Blood for Blood,” where “villains are revealed, and heroes are needed to counter them.”

“A Good Day to Lie” comes on the heels of the previous Timelines mega-event, the Borg-centric “Process of Assimilation.” These events are designed to bring players together to work toward a common goal, while expanding their collection of Star Trek characters for use in missions.

Sounds like this month has plenty to do for Timelines fans. Are you still playing the game? Who is your favorite Klingon character? Let us know in the comments, and stay tuned on TrekNews.net for the latest coverage of Star Trek Timelines.

You can download and play Star Trek Timelines on the Apple App Store, Google Play, or Facebook. For more information, visit Disruptor Beam.