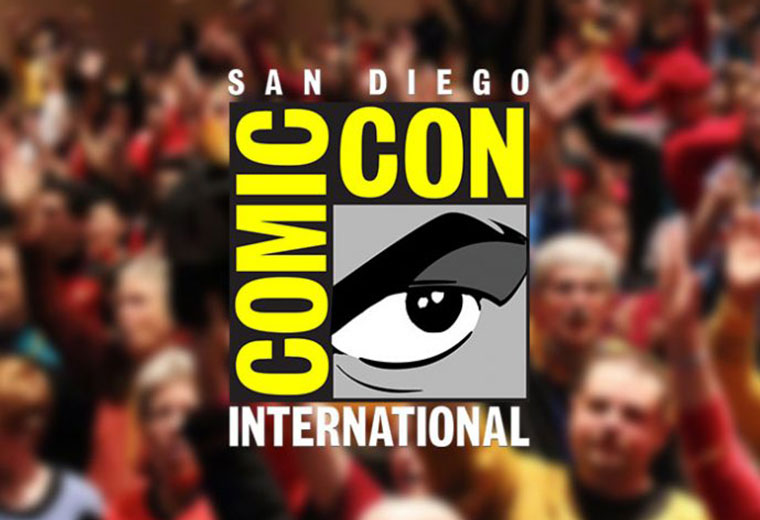 While the big Star Trek story at this year’s San Diego Comic-Con is the Discovery panel — which will happen Saturday, July 22 at 2:30 p.m. in Ballroom 20 — there’s a lot of other Star Trek-related activities going on throughout the annual mega event.

Here’s a preview of some of what you can expect at SDCC this year: 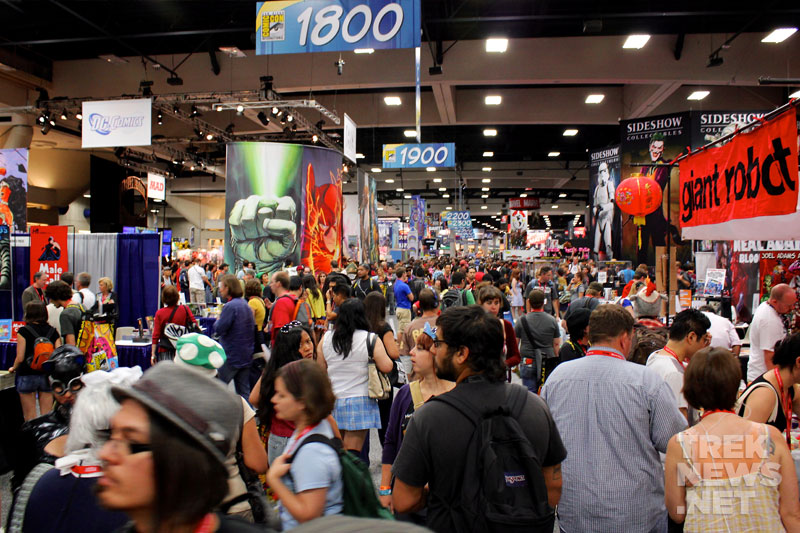 In San Diego, Entertainment Earth will have two exclusives this year: a talking Spock bobble head and an Enterprise D monitor mate. 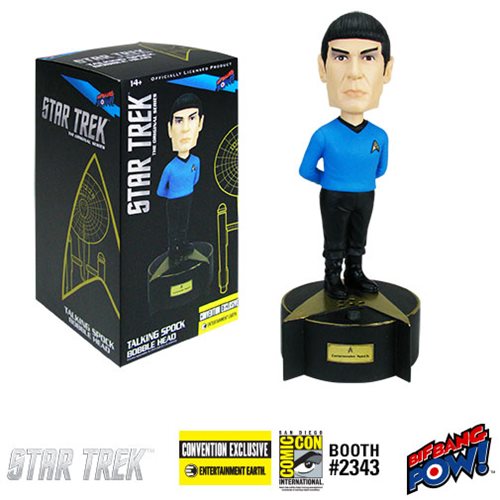 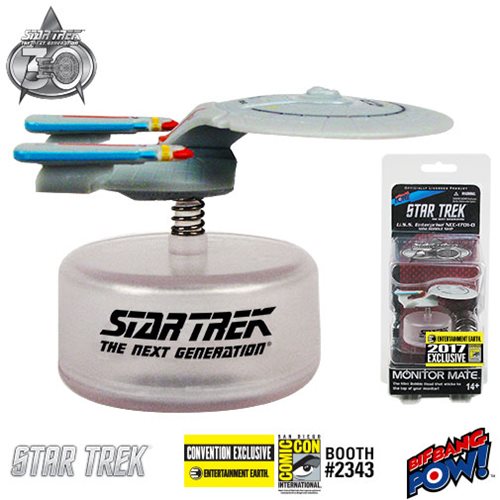 Though they will be available first at SDCC, you can also pre-order them online.

The first collection of the new Star Trek: Boldy Go comic will be out on July 25, but IDW will be selling them early at their both, with an exclusive cover, limited to 200 copies. 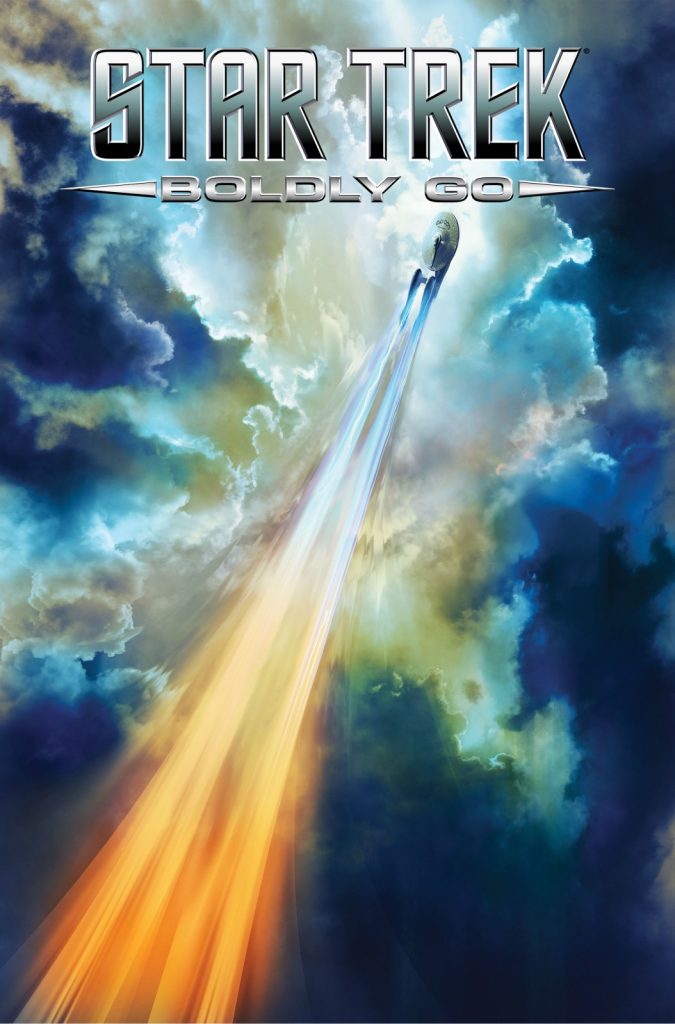 The online retailer will be giving out a Mirror Universe pin free with the purchases of $50 or more from their booth. 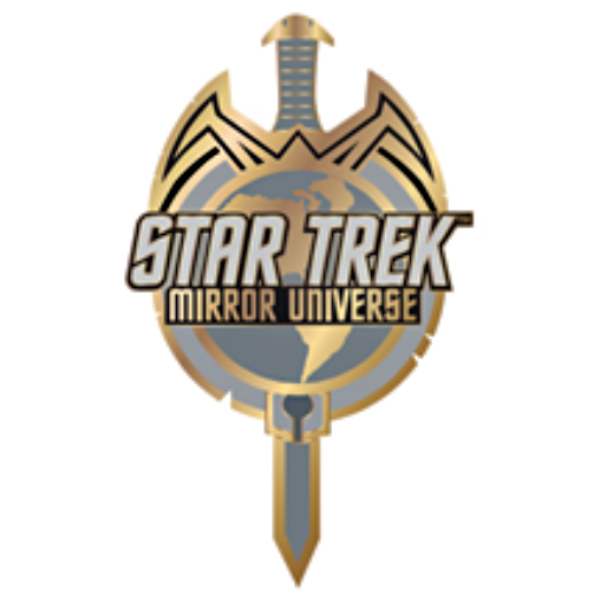 Vault will be offering their own variant of Star Trek: Waypoint #6 at their both which features an SDCC exclusive cover mimicking the old Gold Key comics. 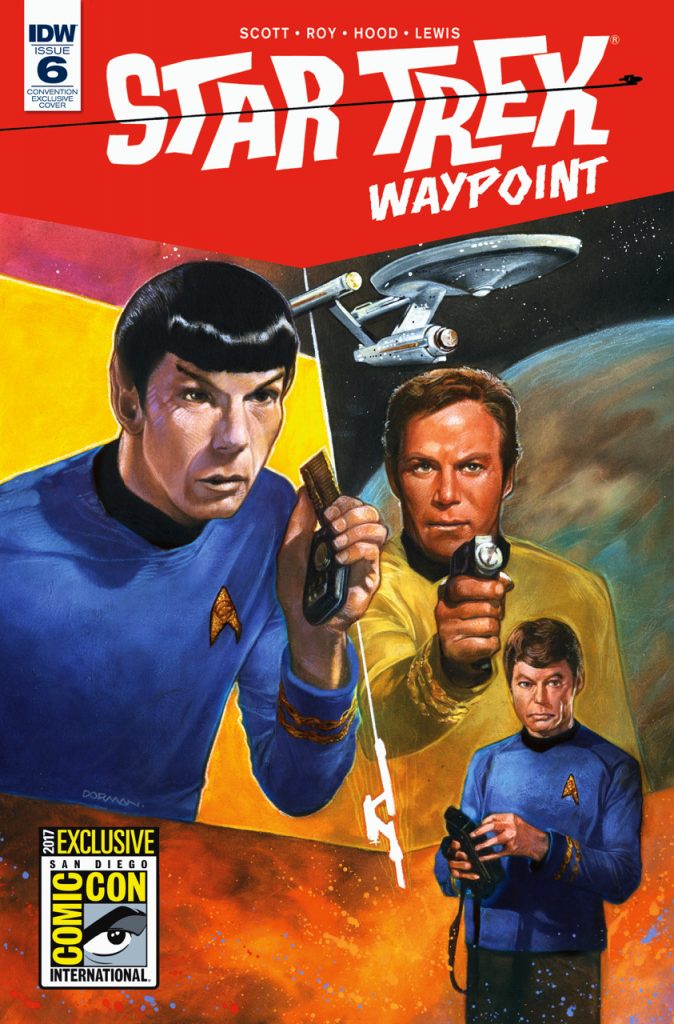 From the name that created Star Trek, Roddenberry Entertainment takes on the discussion of science fiction in today’s landscape of digital platforms, social media, and a franchise that has stood the test of time for over five decades. Television and film producers Rod Roddenberry and Trevor Roth will share some rarely seen treasures from the Roddenberry Vault. They will discuss this year’s 30th Anniversary of the beloved Star Trek: The Next Generation. And, joined by producers Scott Paskoff (Big Brother, Real World/Road Rules Challenge) and Greg Cipes (TMNT, Teen Titans Go!), the panel will offer the first-ever sneak peek at their newest animated project, Rod & Barry. Join moderator Clare Kramer (Buffy the Vampire Slayer, GeekNation) and possibly some special guests for laughs, giveaways, and more!

Star Trek: The Next 50 Years

The authors of the critically acclaimed bestselling two-volume series from St. Martin’s Press The Fifty-Year Mission, Mark A. Altman (Free Enterprise, The Librarians) and Edward Gross (Empire, FHM, Geek Magazine), along with Access Hollywood’ s Scott Mantz, look back at five decades of Star Trek and speculate on where the franchise will boldly go over the next 50 years, including the latest news from the set of Star Trek: Discovery, the future of the movie franchise, and why we need Trek today more than ever.

IDW Publishing: The Rise of Fall

IDW goes galactic this fall with the launch of Star Wars, an entirely new Star Trek, and much more! Learn about their massive plans and many special announcements courtesy of IDW CCO Chris Ryall, IDW group editor Sarah Gaydos, and a cast of thousands! Well, dozens. Or at least a good handful of smart and interesting creators, anyway.

Join the greatest names in sci-fi and horror for the Hollywood Science Fiction Museum and the Hollywood Horror Museum. Founded by Clive Barker, John Carpenter, Greg Nicotero, David Gerrold, Sara Karloff, Ronald D. Moore, and many others, both museums will teach and inspire future filmmakers, astronauts, special effects artists, and more. Props include two Star Trek Enterprise Bridge sets, plus items from Star Wars, The Walking Dead, X-Men, Batman, and nearly every film and TV show in the galaxy!

Klingons, weapons, an invasion into Klingon Space, and a live-action bat’leth sword battle—come join the fun and mayhem for the 24th annual Klingon stage play. Watch the Stranglehold Klingons encounter a new problem for the Empire. Come in your best Trek attire—all alien races welcome. If you love stage plays and badge ribbons, support the only live-action Star Trek fan-based play to boldly go where no play has gone before!

Announced earlier this week, CBS will be taking over the Michael J. Wolf Fine Arts Gallery in San Diego. The “fully immersive exhibit” will feature the U.S.S. Discovery captain’s chair for fans to interact with. Additionally, 1,000 lucky fans will also be eligible to receive a limited-edition Star Trek: Discovery poster each day of the convention. A SDCC badge is not required for entry.

Here’s a quick list of some of the Trek-related exhibitors on the SDCC floor:

What are you most looking forward to at this year’s San Diego Comic-Con International? Tell us in the comments below.