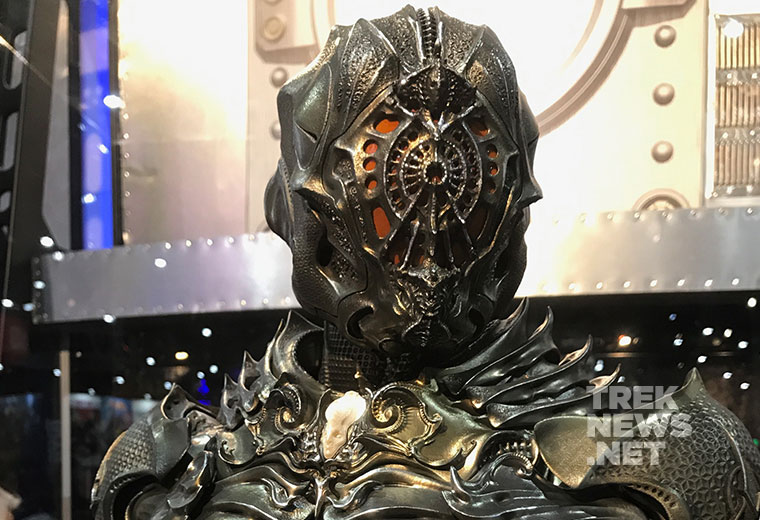 San Diego Comic-Con International officially kicked off on Wednesday and one of the items on display is the Klingon “Torchbearer” suit from Star Trek: Discovery.

Designed by Neville Page and Glenn Hetrick, the suit was brought to life by 3D Systems and Gentle Giant. While the Torchbearer’s role on Discovery is still unclear, it’s safe to assume they will be no friend of Sonequa Martin-Green’s character Michael Burnham and the crew of the U.S.S. Discovery.

Check out the detailed photos of the suit (via Brad Gullickson for TrekNews.net) below. 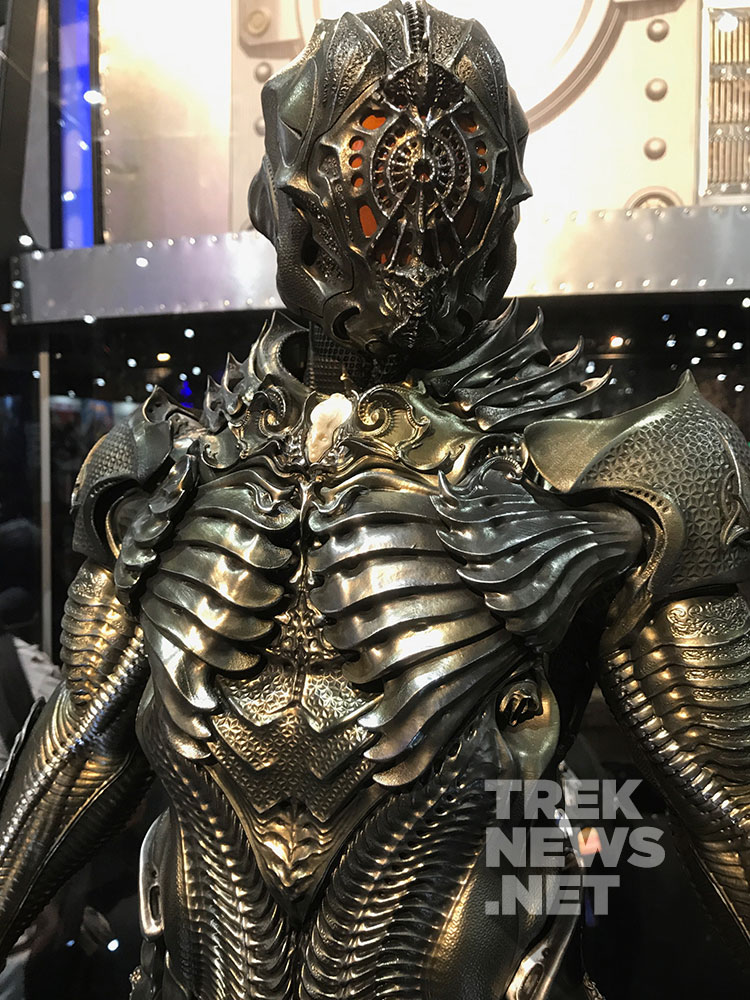 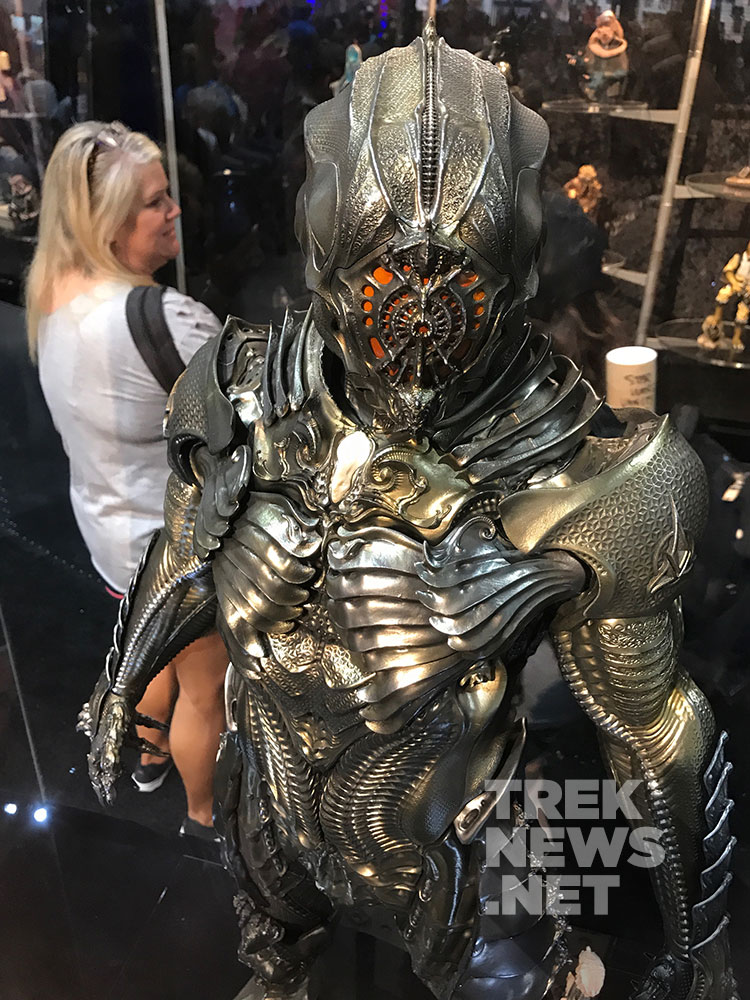 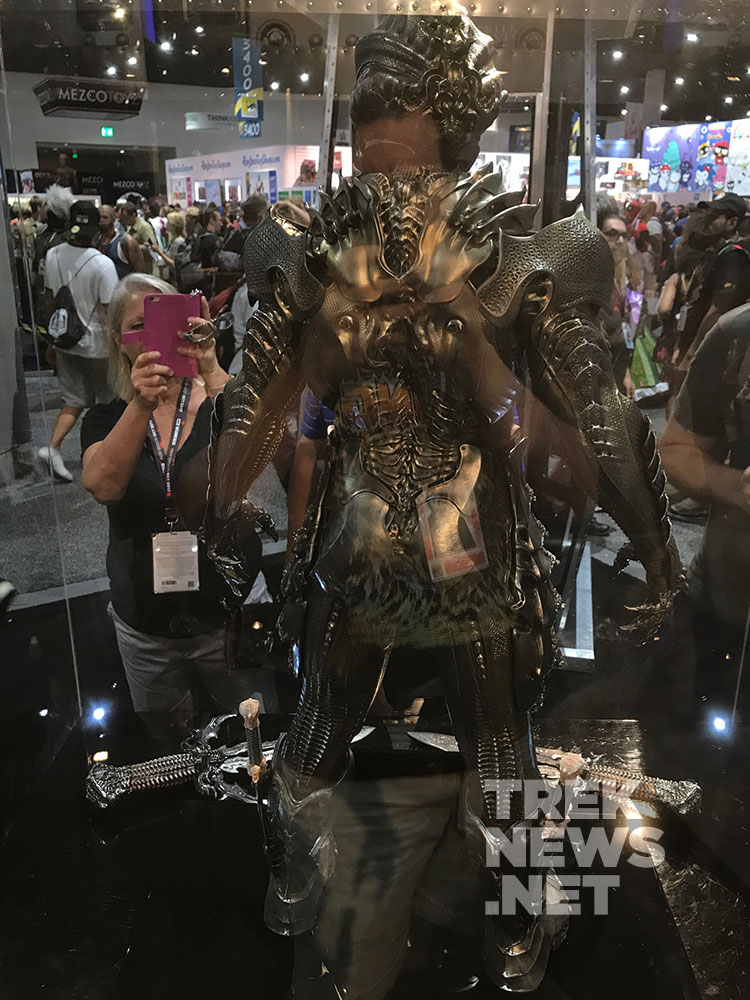 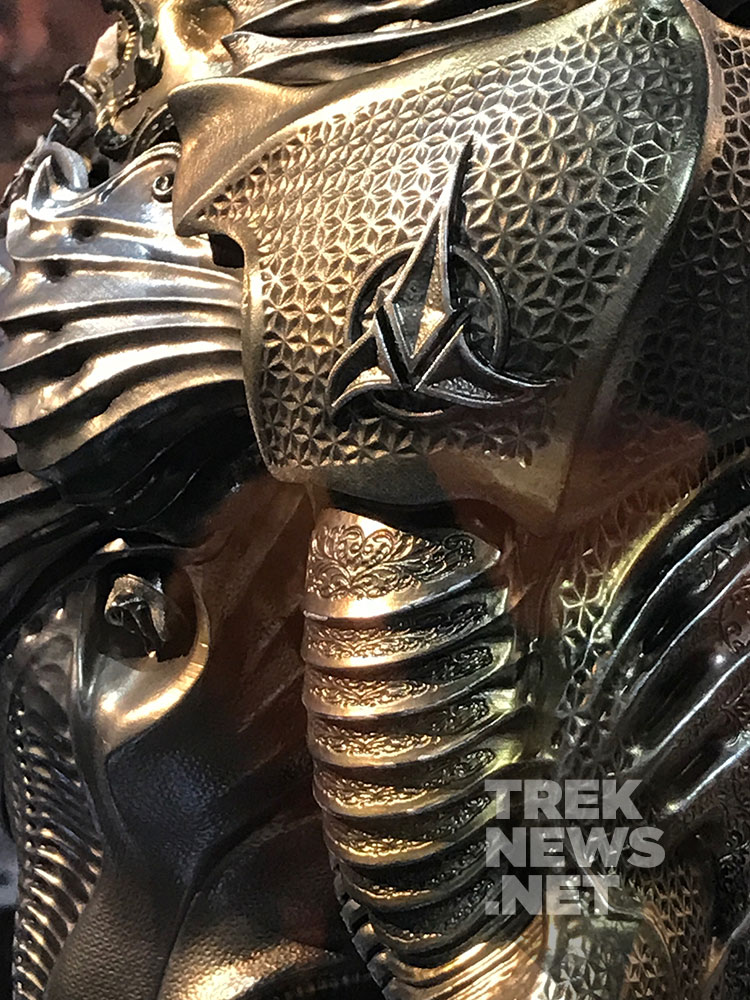 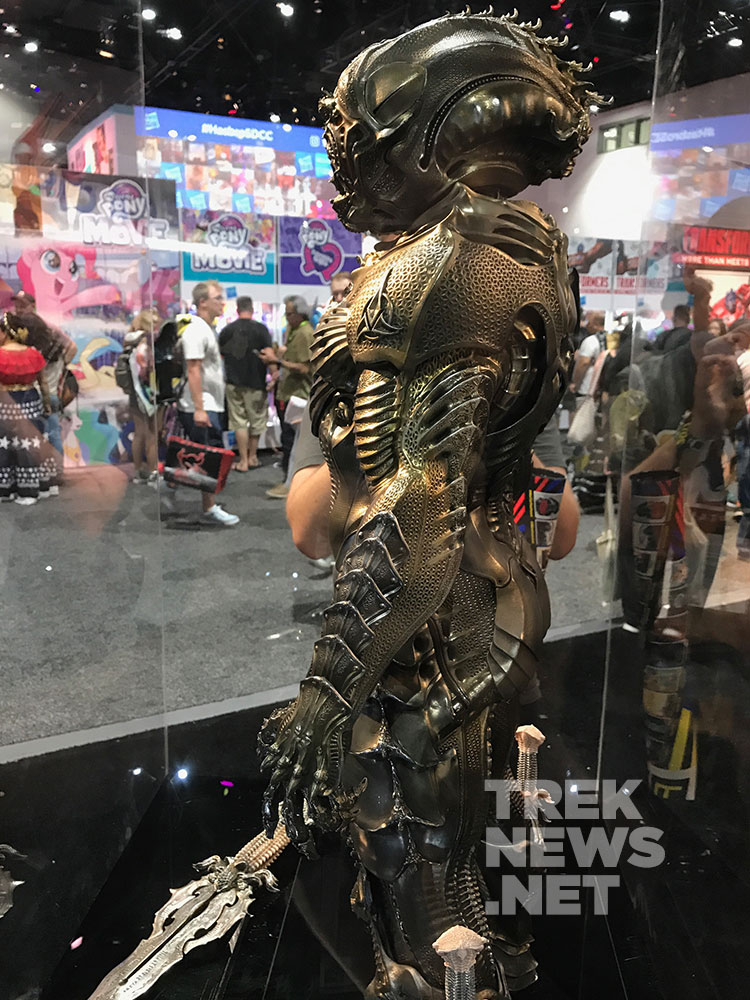 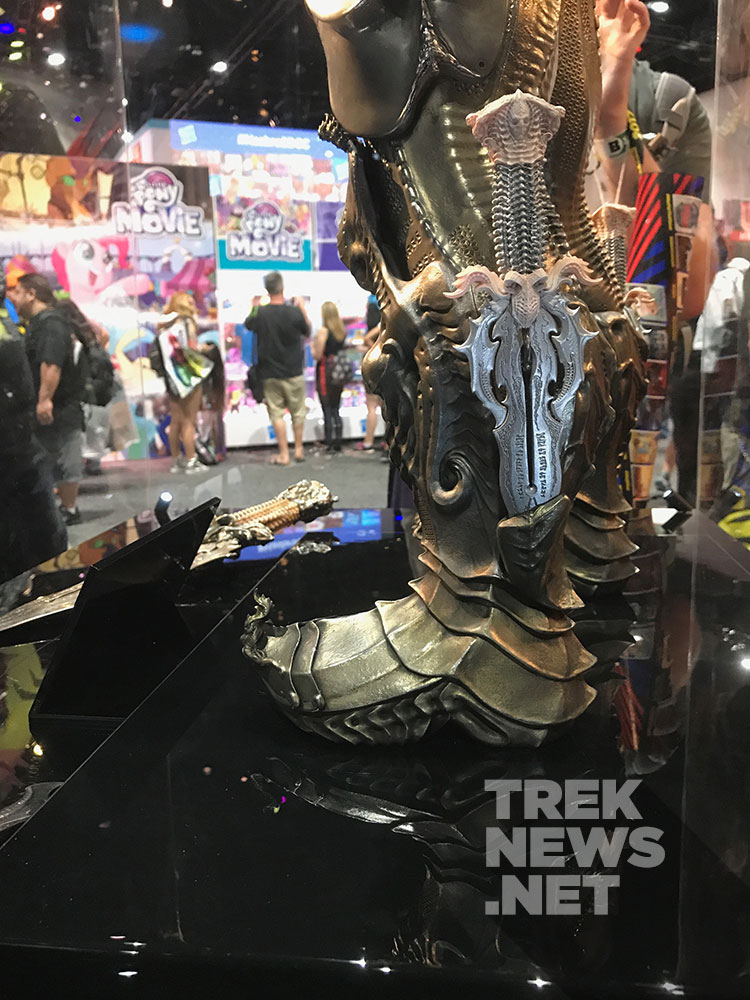 In addition to Star Trek: Discovery, Page has worked as a concept designer on such notable films as Super 8, Watchmen, Star Trek (2009), Star Trek Into Darkness, TRON: Legacy, and Avatar. He has also served as a judge on the SyFy television series Face Off.

The highly-detailed suit that was originally seen in the first Star Trek: Discovery trailer.

The ‘Torchbearer’ in Discovery’s first trailer | Photo: CBS All Access/Youtube

Star Trek: Discovery‘s 15-episode first season is set to premiere on Sunday, September 24 at 8:30 PM ET on CBS. Immediately following the first episode’s release, the second episode will be available on CBS All Access, with subsequent episodes released on Sundays. The first eight episodes will run from September 24 through November 5, with the series returning in January 2018.