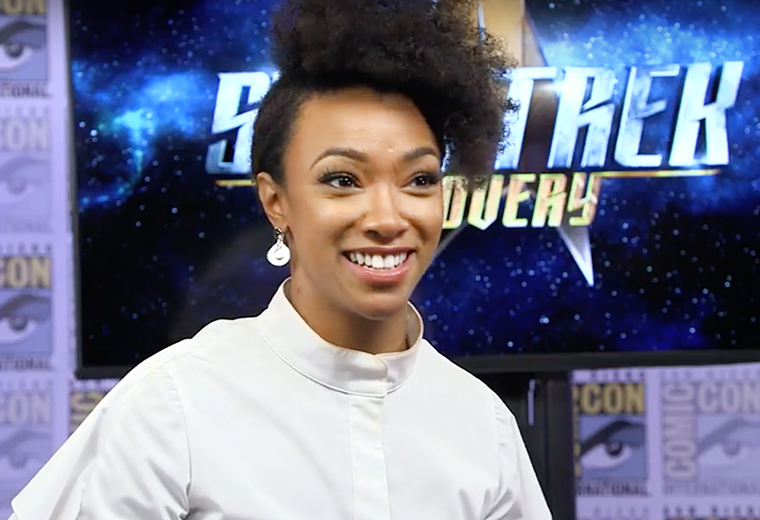 During the Star Trek: Discovery panel at San Diego Comic-Con, Sonequa Martin-Green revealed that her character, First Officer Michael Burnham, was Spock’s adoptive sister. Martin-Green, who will be the show’s lead, when it premiere is September, took part in several one-on-one interviews after the panel. During one of those interviews, she described her character’s motivations and internal struggle.

Describing her character on the series, Martin-Green said:

Michael Burnham is the first officer of the [Starship] Shenzhou. It’s interesting to see this world through the eyes of a first officer because the path of upward mobility is something that we haven’t seen in this way. So you’re following someone who aspires to be greater and to climb that ladder. So, you see this ascension every step of the way — and it’s a continual ascension — not one that gets wrapped up anytime soon. You see it and you see the effects of my environment, of my background, of my upbringing… the effects of the people that I’m around, all affecting that path.

As Michael Burnham, I’m a principled woman. The ideologies of Starfleet are emblematic to my personality, for sure… but I also have this Vulcan indoctrination. So, you’re seeing all of that clash.

You can watch Martin-Green discuss her character in the video embedded below.