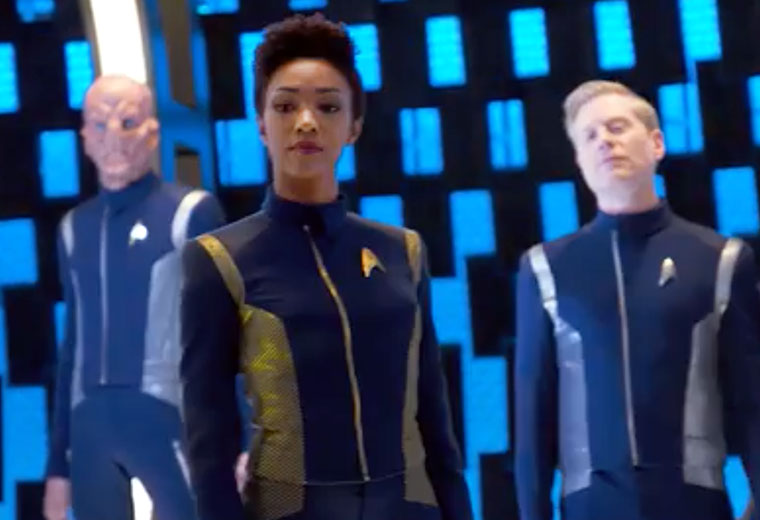 The new issue of Entertainment Weekly, which hits newsstands on Friday, will give fans a behind-the-scenes look at Star Trek: Discovery and will be available with three different collectible covers.

According to EW, the issue contains notes from their tour of the Discovery set and interviews with the cast, including Sonequa Martin-Green, the show’s producers, and CBS insiders.

The issue (cover dated August 4) features three separate covers, one of which is a solo shot of Martin-Green that will only be available at Barnes & Nobles stores. The second cover features Jason Isaacs, Michelle Yeoh and Shazad Latif. The third shows Martin-Green joined by Doug Jones, Anthony Rapp and Mary Wiseman on the bridge of the U.S.S. Discovery.

A video from EW’s Discovery set tour has been embedded below. 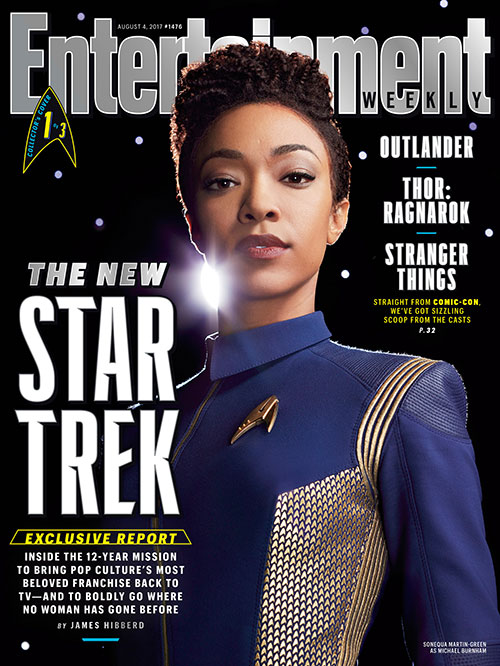 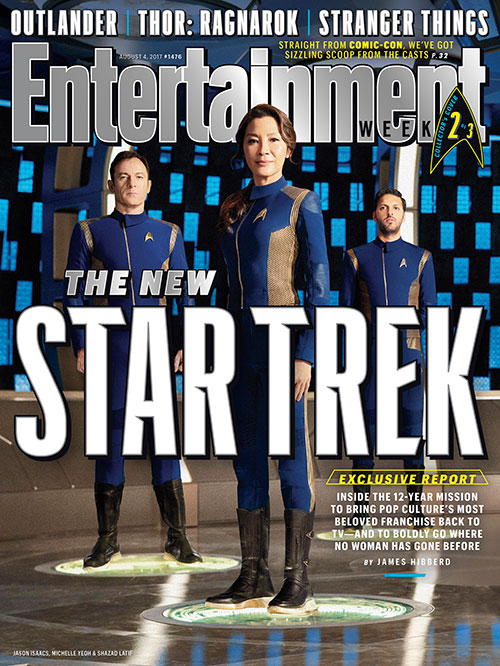 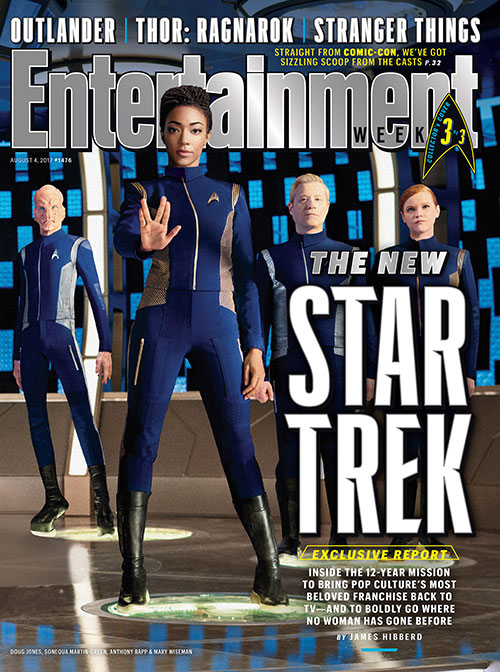 While the issues don’t hit newsstands until Friday, you can order all three online for $15 here or purchase cover 1, 2, and 3 for $5 individually.