A limited edition Star Trek-themed watch has been unveiled by Planet Replicas, based in the UK.

Based on the classic Star Trek communicator, the Comms Watch features a machined stainless steel case and a stitched, perforated, and embossed leather strap.

Pushing a button will flip it open to reveal a Citizen analog watch face that is powered by a movement.

According to Planet Replicas, the Comms Watch will come packaged in a leatherette collector’s box, which contains an ID card that matches the watch’s edition number (which is engraved into the back).

The watch is officially licensed by CBS Consumer Products and is limited to 500 units.

Check out a few photos and a video from Planet Replicas below. 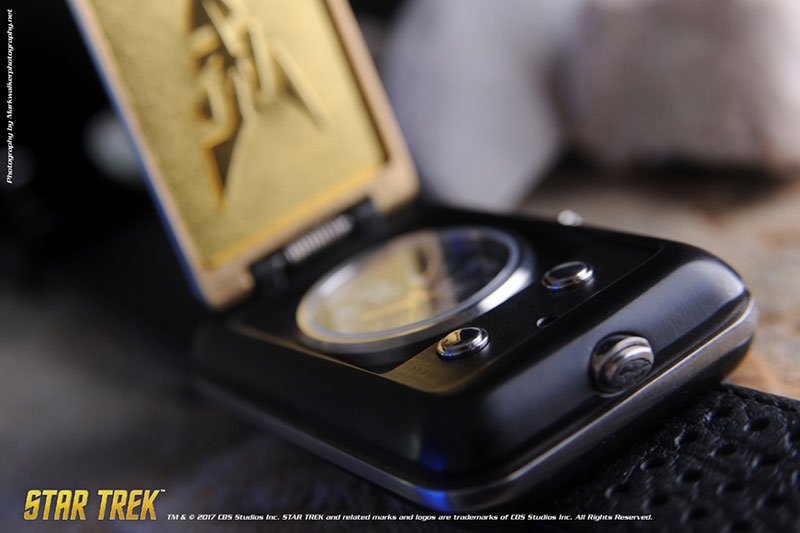 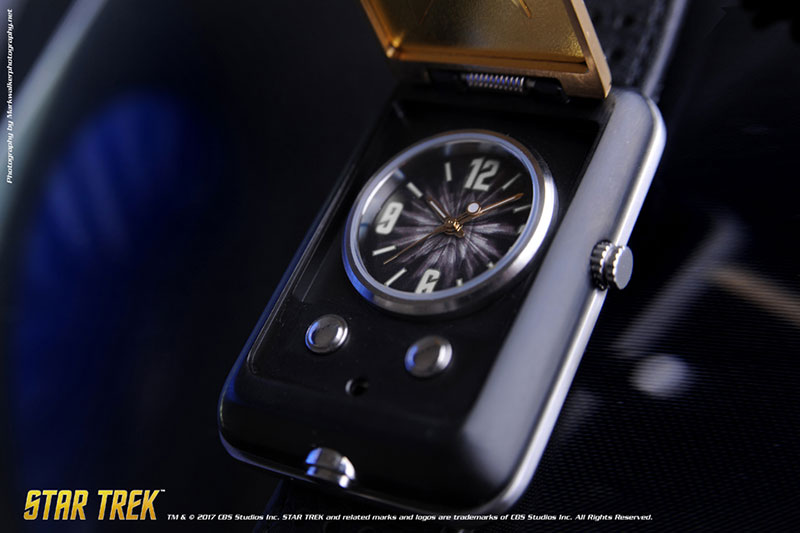 The Comms Watch is scheduled to begin shipping in August and is now available for pre-order at planetreplicas.com/startrek.

Stay tuned to TrekNews.net for a full review in the next few weeks.