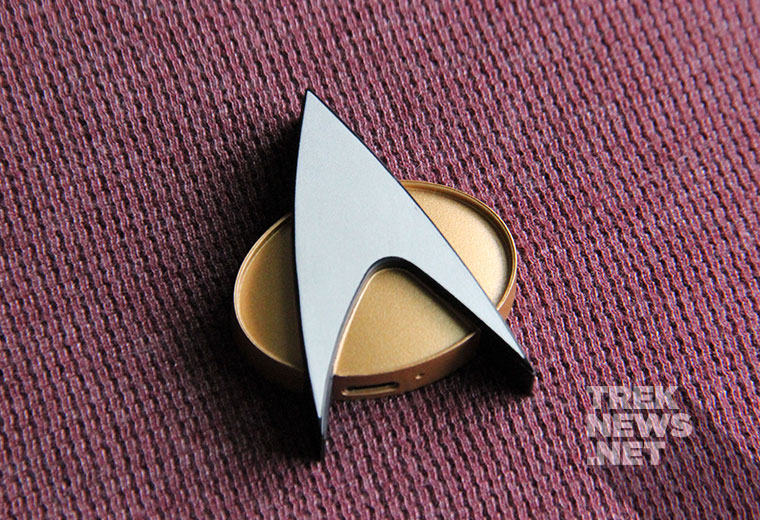 One to beam up!

For so many Star Trek fans, like myself, a working Communicator Badge — like those seen on The Next Generation — is something we’ve wanted since the show first premiered 30 years ago. I remember thinking how cool it would be to be able to tap my chest and instantly be able to speak to my friends… you know, like Riker, Data, and even Captain Picard.

Well, you might not be able to speak to them specifically, but with the new TNG Bluetooth ComBadge from the folks at FameTek (along with your smart phone) you’ll be able to make calls, talk to Siri or Google Now and more, just by tapping it. 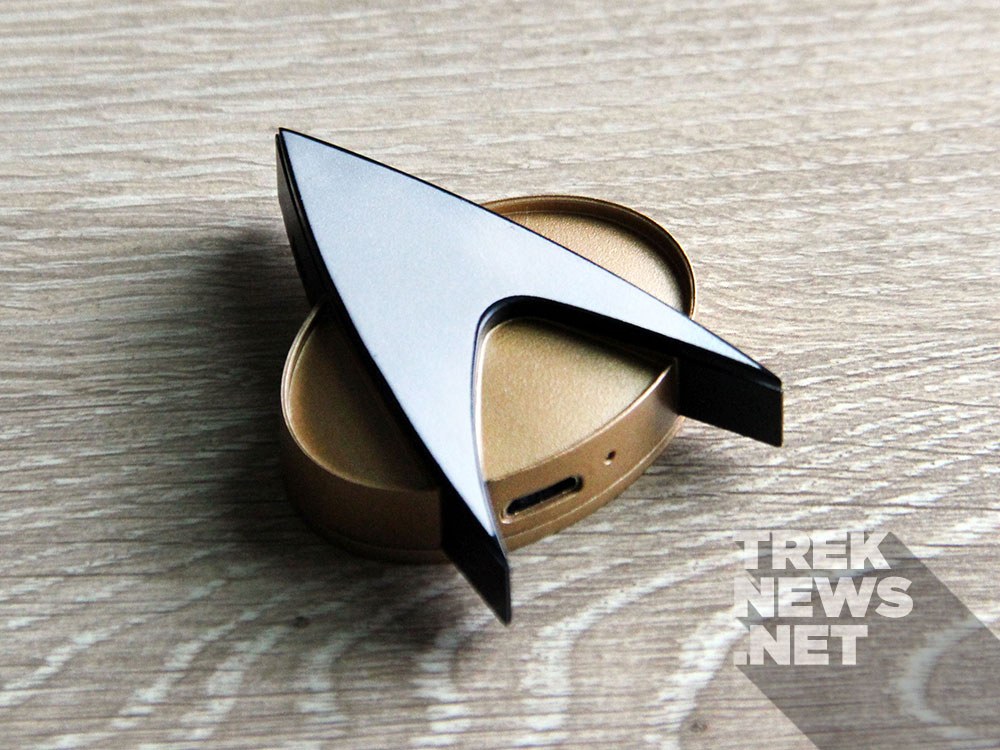 Front of the Bluetooth Combadge 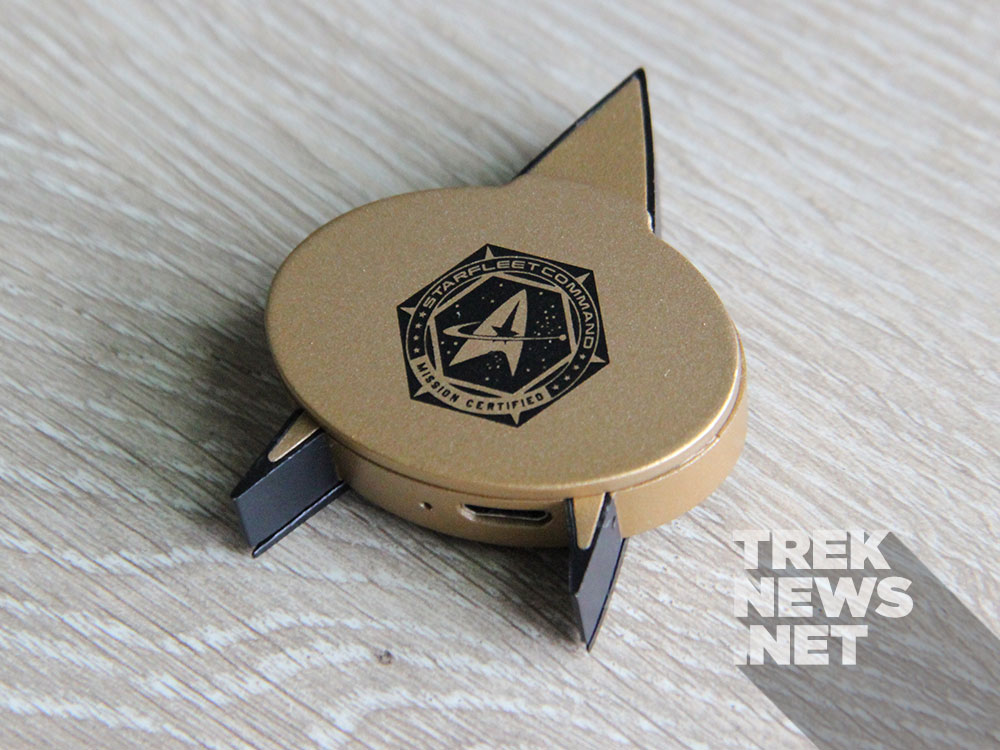 And here’s the back

The badge itself looks really nice and is a fantastic approximation of what the crew of the Enterprise D wore. You won’t have to put holes in your favorite T-shirt or uniform, as it attaches and is held in place by the power of a Neodymium magnet. The badge connects to your smart phone via Bluetooth 4.2 technology. It charges through a micro-USB cable, which is included. Also in the box, you’ll find setup instructions and warranty information. 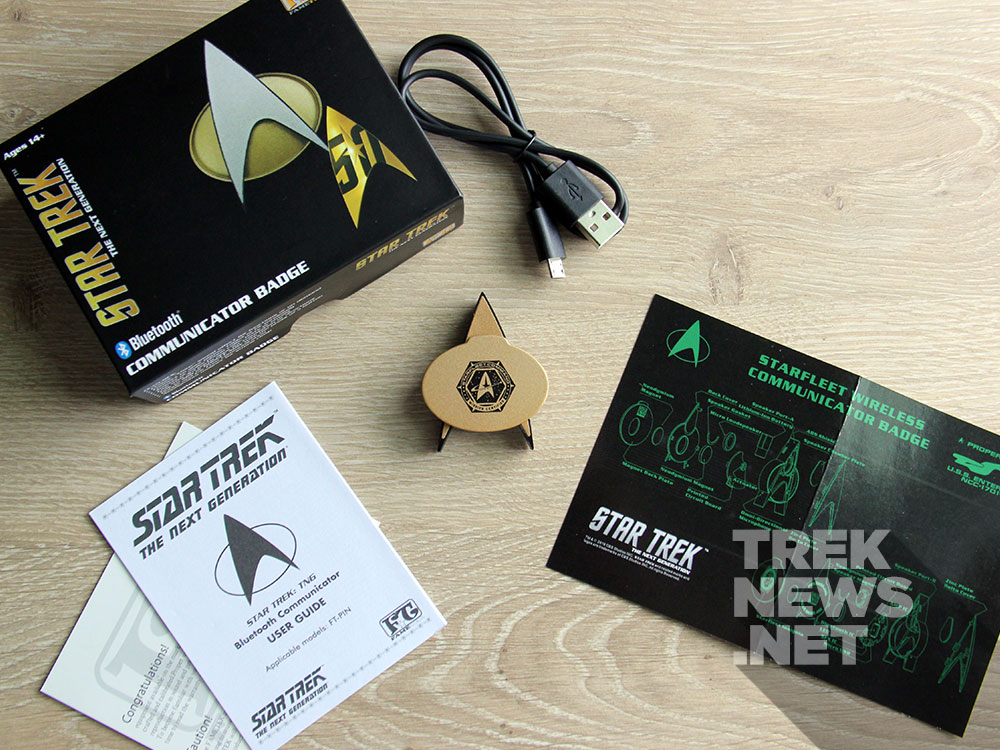 There’s a lot of technology and a tiny speaker packed into this thing, which causes the badge to be a little thicker than the props seen on episodes of TNG. Nothing too noticeable though, especially when you’re wearing it.

Unlike the glossier (non-functional) versions I’ve seen at conventions and online retailers over the years, the Bluetooth ComBadge has a matte finish, which looks more like the ones seen on episodes of TNG. 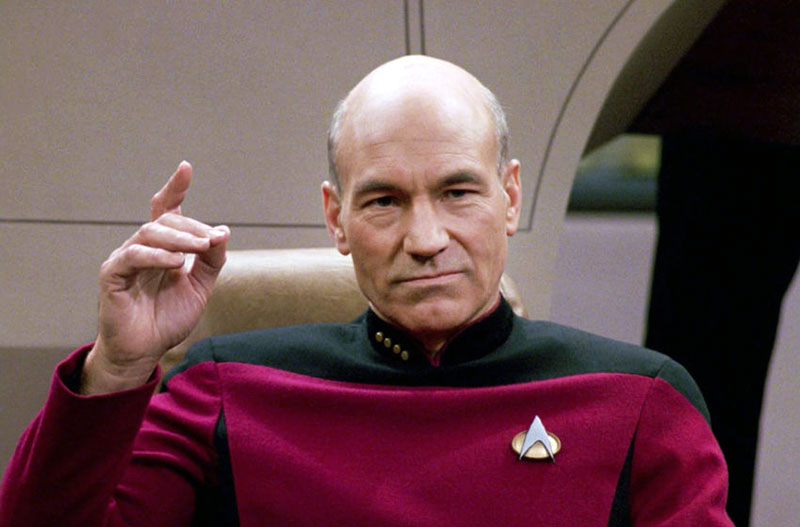 Out of the box, I let my Combadge charge for about 30-minutes, before running the initial setup and syncing the device to my iPhone.

Setup is relatively simple and consists of just pressing the Combadge down for three seconds — until you hear that familiar TNG-era “chirp.” From there, I went into the Bluetooth settings on my phone, selected the device and within seconds I was ready to start making calls or listening to my voicemails, podcasts, or even music through the Combadge. I attached it to my shirt, tapped the badge and told it to call my wife. 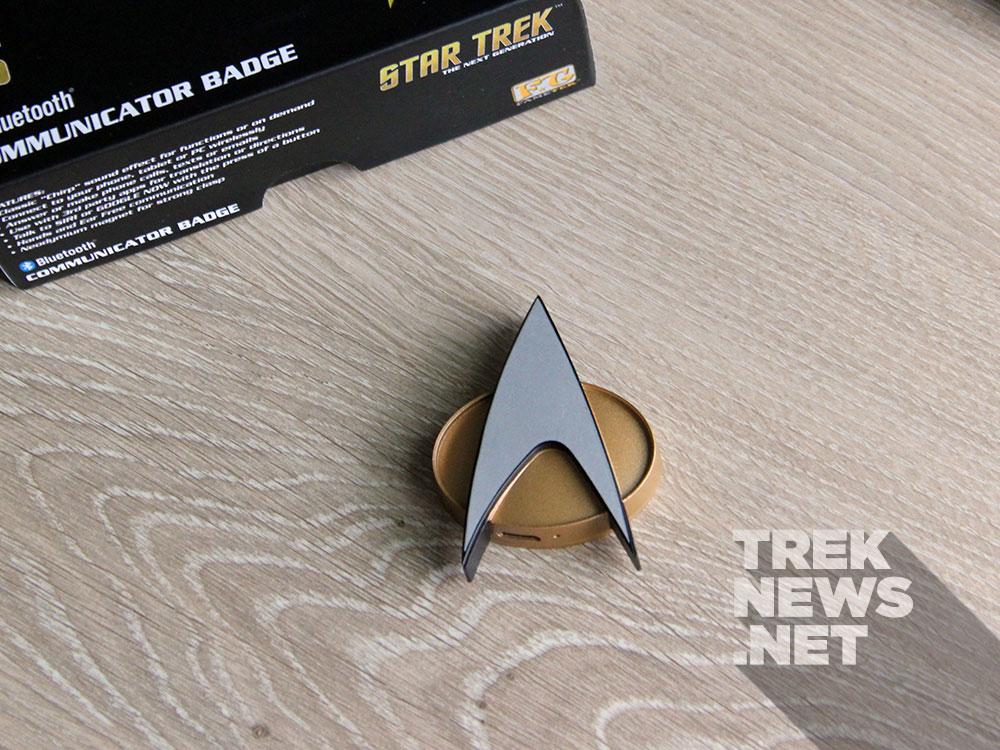 While the audio may not blow your socks off, it’s solid for such a small device. It’s definitely a little quieter than I would have hoped, but let’s be honest; something like this is more than likely going to primarily be used for its novelty. It probably won’t be your main source for making Bluetooth calls every day.

Should you buy it?

After wearing the Combadge around for a few hours, I would definitely recommend this device to anyone that would like to get a taste of some 24th-century technology, today. The audio may be a little lacking but this thing is still super cool.

Priced at $80, the Star Trek: The Next Generation Combadge is a welcome addition to my Star Trek collection.

You can order one for yourself at ThinkGeek.