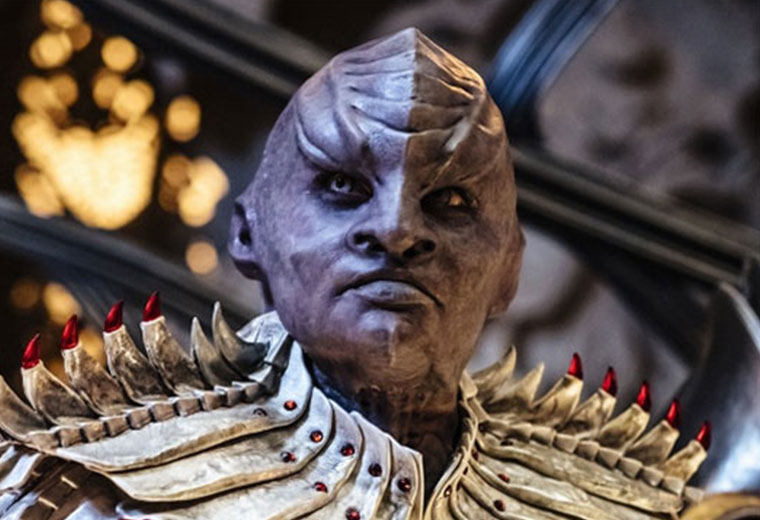 A new photo of Mary Chieffo as the Klingon L’Rell has been released by CBS.

The photo gives us our best look at the actress, who plays the Klingon Battle Deck Commander in the upcoming series.

Additionally, EW has released a few more photos from their Star Trek: Discovery cover story from last week. The images include a solo shot of Doug Jones as Saru, a photo of Sonequa Martin-Green, Jason Isaacs, Michelle Yeoh and Doug Jones walking down the U.S.S. Discovery corridor in full Starfleet uniform, along with the members of the cast in the U.S.S. Discovery’s transporter room 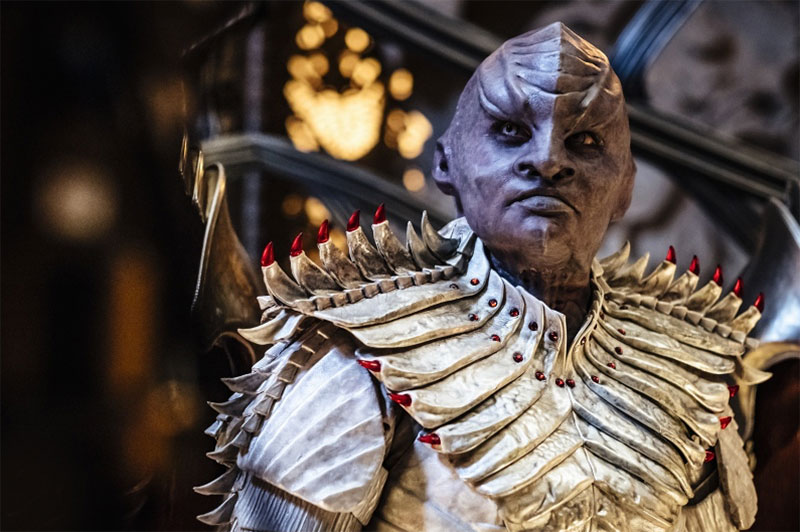 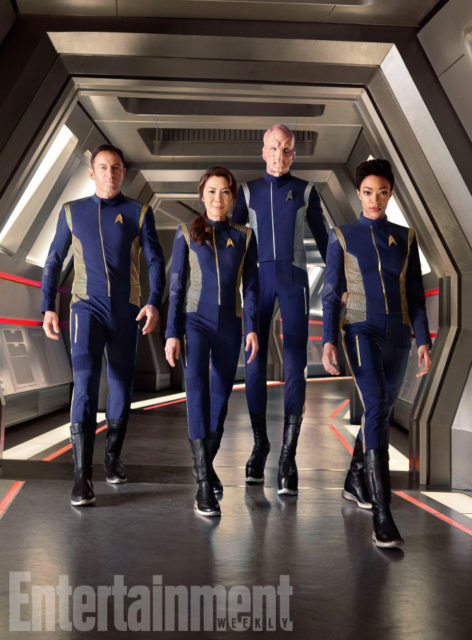 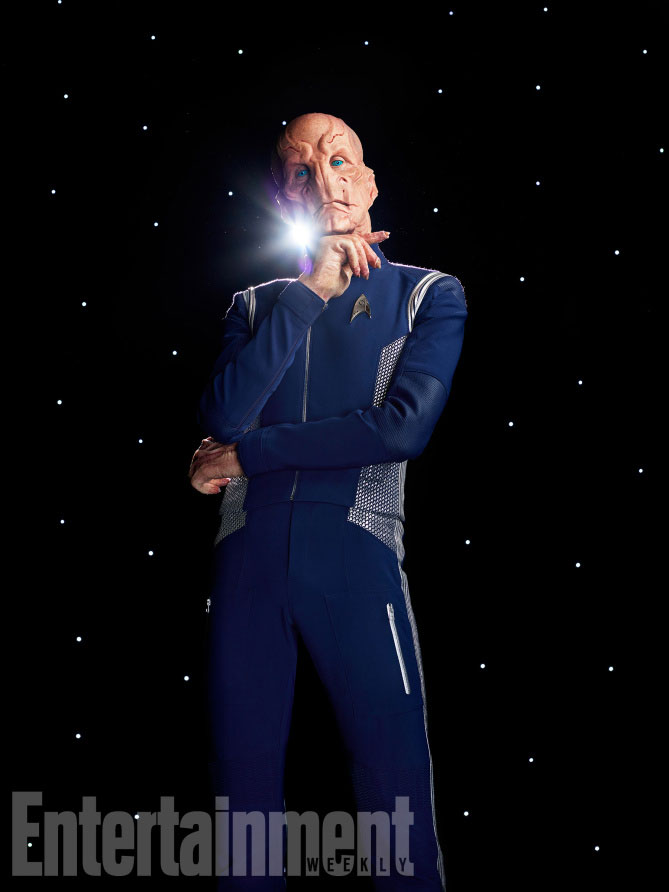 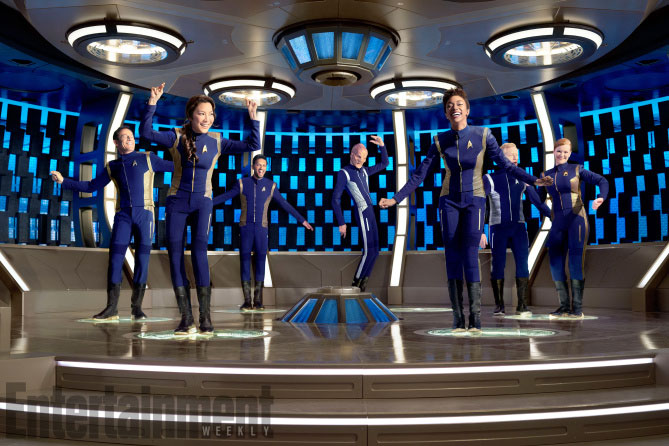