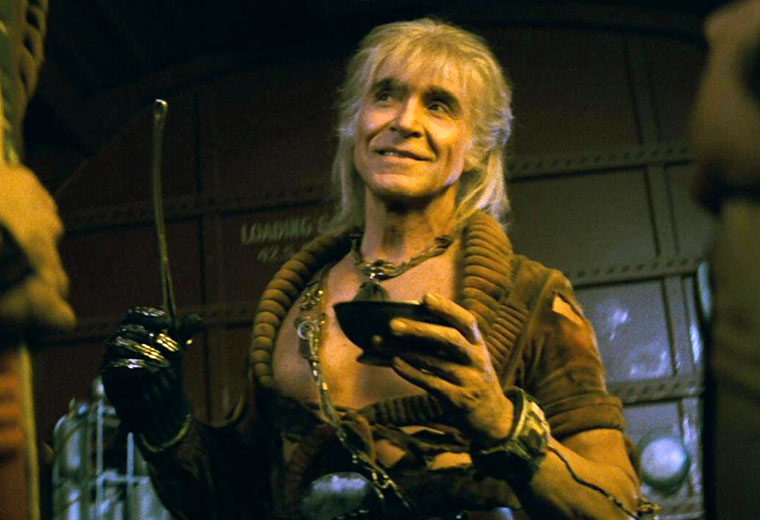 If I told you there was a new Star Trek series in development, and that it wasn’t the incoming Star Trek: Discovery, what would your reaction be?

You wouldn’t be blamed if you were hesitant, especially if you already have reservations about what Discovery is going to be like. It’s true that Discovery has a lot to prove. It may be shiny and sleek, but we have yet to see if its spirit and soul follows the Star Trek we know and love. Such is the challenge for any Star Trek incarnation after The Original Series.

If a new rumor is to be believed, there is indeed another Star Trek series in development. Apparently, Nicholas Meyer (of Star Trek II: The Wrath of Khan directorial fame) is developing a miniseries of sorts, focused around that movie’s titular villain.

With all due respect, Mr. Meyer, this is a bad idea. Well, mostly. 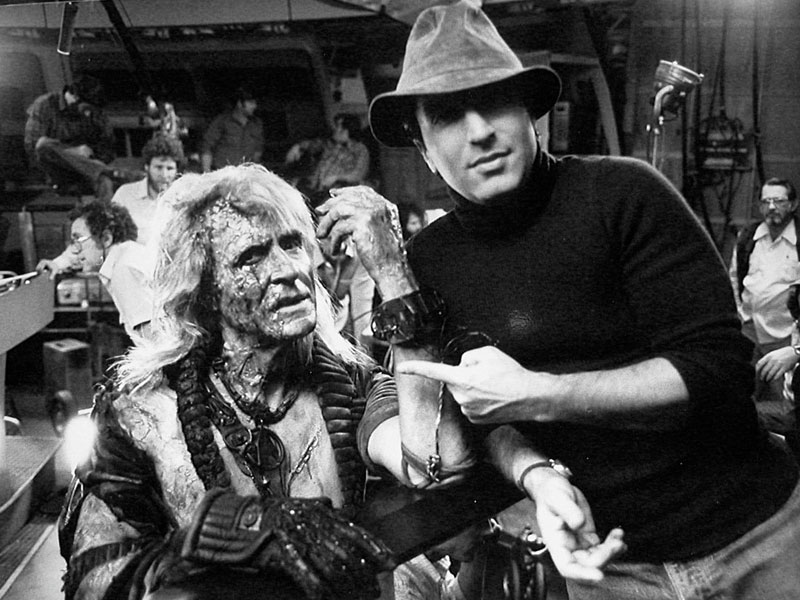 Meyer with Montalbán on the set of “Wrath of Khan”

I love Star Trek as much as the next guy, and I am eager to see how Discovery pans out. From all indications, it looks like a faithful entry in the ever-growing Star Trek universe. But to be fair, Discovery is walking on thin ice, and it’s way too early to start thinking of another Star Trek on TV just yet.

When asked about it by Inverse via email, Meyer merely said, “I Khannot possibly comment.”

Cheeky joke aside, there are some notable and potentially disastrous roadblocks in the way of such a Khan-centric series. But it’s also important to recognize the pros that could come of it. Let’s dive in.

The Wrath of Khan is famous for its villain. We first see Khan in the TOS episode “Space Seed,” and immediately it’s clear the character introduced then was a worthy, intimating adversary for Kirk. Then, in 1982, Khan comes back in a big way, and his lust for revenge was the main driving force of the hugely successful movie. One of the tensest scenes was when Khan monologued about the horrors he and his crew witnessed while trying to survive on Ceti Alpha V. At the time, the audience was left to merely imagine Khan and company’s trials on the desert planet. The rumored series could potentially lend much more weight to this scene. 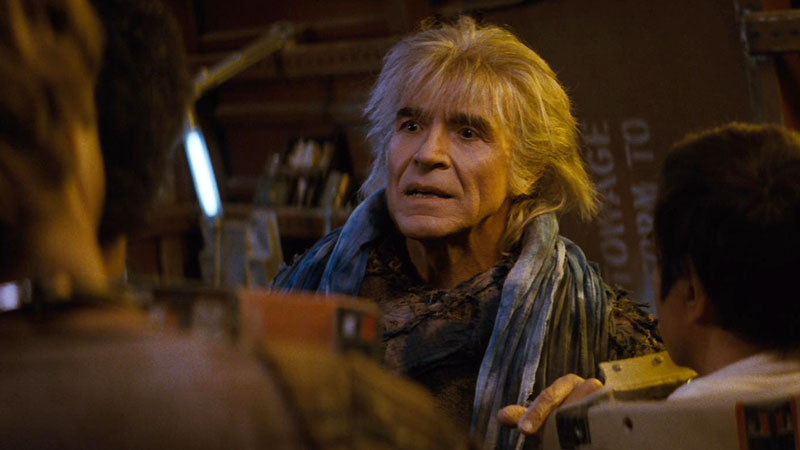 Imagine watching the pain and sorrow that would come from Khan losing his “beloved wife” on Ceti Alpha V to the Ceti eels. While Ricardo Montalban sells the moment’s anger in the movie, the audience would have a more intense and heartfelt reaction if they knew his wife (who is widely accepted but never explicitly confirmed to be Marla McGivers from “Space Speed”) and her backstory. This emotional connection could extend to not only Khan’s wife but the rest of the crew, whom Khan loves as his children. Seeing Khan’s loss would provide better context for the manic and ultimately misguided attempt to strike back at Kirk.
This brings us to another way the series could make Star Trek II better. Except for Joachim (Judson Scott), none of Khan’s crew are noteworthy. Could you name three of them? Mostly, they serve to fill out the Reliant’s bridge as Khan and Kirk conduct their Herman Melville-esque affairs. A new series could give these people backstories, and make them characters the audience care about.

That kind of character development is something we’ve seen before in prequel TV shows, such as Star Wars: The Clone Wars. Star Wars Episode III: Revenge of the Sith is arguably a better movie after you watch The Clone Wars because you know the secondary and tertiary characters much better, and their actions and deaths are more meaningful. Of course, The Clone Wars has the advantage of being an animated show, capable of hiding the original actors behind convincing voice stand-ins. Which brings us to the most notable Khan. (I’m sorry). 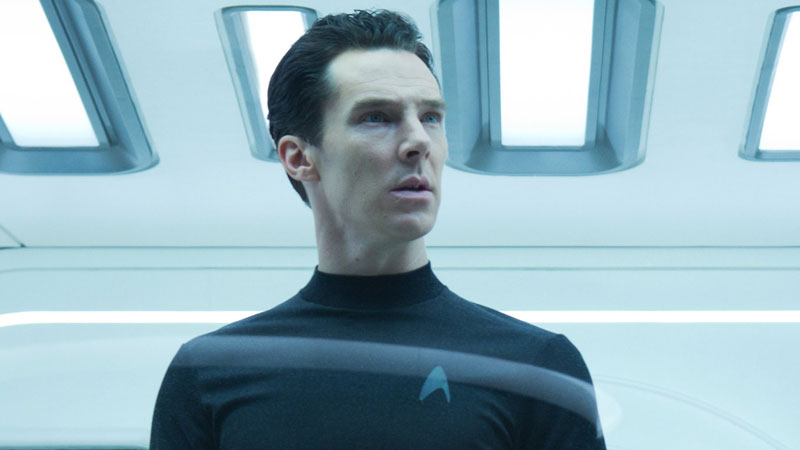 Why is Khan such a great character? The same reason why any Star Trek character is memorable: the actor who plays him or her. Ricardo Montalban brought a fiery dementor and imposing presence to the character, something Benedict Cumberbatch tried to bring in Into Darkness, with varying levels of success. While it’s certainly not impossible for a talented actor to breathe new life to Khan, is a new life what we want from one of Star Trek’s most memorable villains? What’s more, a Khan show would have to recast his entire crew, completing throwing off continuity. While we saw a wholly new set of faces for established characters in the most recent movies, J.J. Abrams, and his team were smart enough to attempt an explanation for this – in that case, an alternate timeline. And even this presents its own dilemma: yes, J.J. Abrams did it with his films but keep in mind that Chris Pine and his costars seem to have almost exhausted their time on the bridge of the Enterprise, considering Star Trek Beyond’s somewhat lackluster box office performance. (While a fourth Star Trek movie has not been dismissed, Paramount seems to be taking their sweet time with it, and the actors haven’t even received confirmation of a fourth movie). Which brings me to my last point.

The sheer amount of Star Trek on TV in the 1990s is mainly the reason for the franchise’s hiatus after Enterprise. From 1987 to 2005, there was always at least one Star Trek show on the air, and there was always a new movie in the works. Eventually, the quality of Star Trek’s productions decreased, and the franchise was put on ice after Enterprise was canceled. While I believe the time is right for Star Trek to return to television, especially on the streaming service format, let’s try to learn from history. People eventually got tired of Star Trek. Now, Star Trek’s future in theaters is threatened, and as noted before, Discovery’s success isn’t guaranteed. It would be wise to make fans want more Star Trek first before offering more. Let Discovery play for a couple years and establish itself as a great TV show. Then, when fans ask for it, give them Khan, if that’s the show Meyer wants to make. If there comes a time when Star Trek is oversaturated once again, that will likely be the end of Star Trek for a long, long time. Let’s not get to that point. 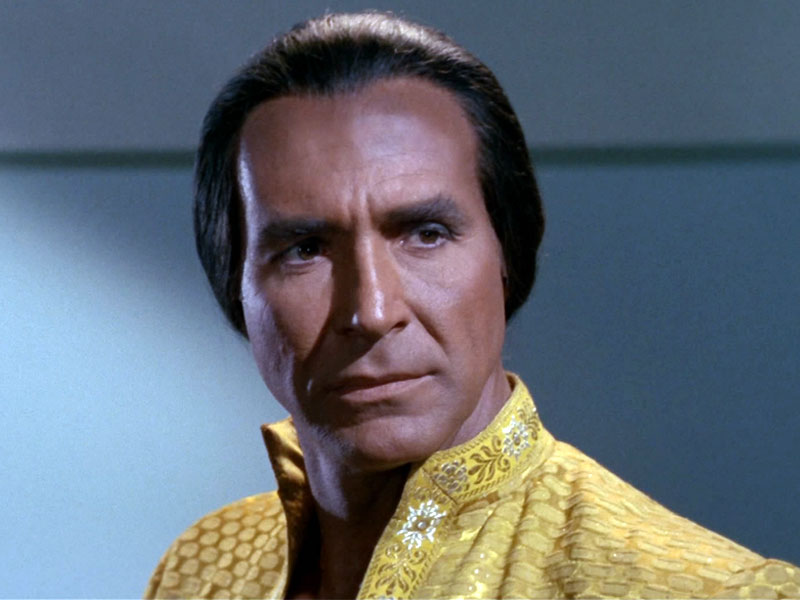 Now, keep in mind, this rumored Khan series is just that, a rumor. It could very well just be an idea Meyer is playing with, and not something in pre-production. If that’s the case, that’s fine. The best thing to do now is let Discovery have its moment. Let Sonequa Martin-Green, Jason Isaacs, Michelle Yeoh and the rest of them have the spotlight. Let the Discovery become a ship worthy of a place among the Enterprises. Finally, if the temperature is right, bringing back Khan might not be the worst thing in the world – as long as it’s done with care, respect, and appreciation for what Ricardo Montalban gave to Star Trek: a character worthy of the ages.

Do you agree that the time isn’t right for a Khan series? Do you think everything I said is wrong and I should have Ceti eels crammed into my ear? Who do you think could play a Khan worthy to succeed Montalban? Let us know in the comments!