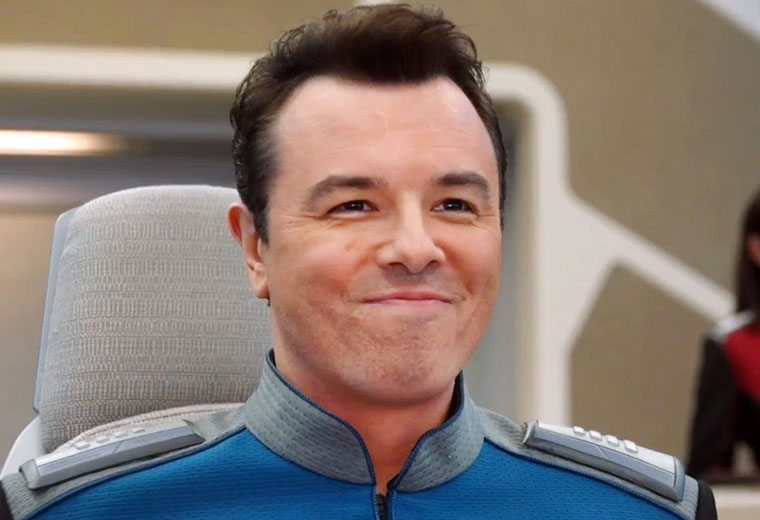 Star Trek has always had a sense of hope and the goal of building a better and brighter future as part of its DNA. From the lessons that Kirk, Spock, and McCoy taught us during their five-year mission in The Original Series to Starfleet’s first deep space explorations and alien encounters in Enterprise, the positive outlook of Star Trek is something many fans cite as a reason for their affinity towards the franchise.

In a new interview, Seth MacFarlane, creator of the sci-fi comedy The Orville, says his new show will occupy that space — not the upcoming series Star Trek: Discovery.

“Star Trek itself sprang from a lot of different sci-fi tropes that came before it,” MacFarlane told Deadline. “The idea of a ship, in the naval sense, cruising in space did not originate with that show,” he said.

“They’ve chosen to go in a different direction,” MacFarlane said.

“They can’t all be Hunger Games,” he said. “There is some space for aspirational.” The Orville, he said is “an attempt to fill that void.”

“I think there is room for two spaceship shows,” The Orville Executive Producer David Goodman said.

MacFarlane added that the two shows “could not be more different” in tone. “They’re continuing in the new direction they’ve chosen to go with that franchise; we’re more old school.”

On Wednesday, Discovery writer Ted Sullivan seemed to react to MacFarlane on Twitter, saying “For a guy who’s never seen an episode of a show, @SethMacFarlane sure has A LOT of opinions. Interesting to see what he thinks when he does”.

For a guy who's never seen an episode of a show, @SethMacFarlane sure has A LOT of opinions. Interesting to see what he thinks when he does

Of course, a television series can’t simply be judged by a 2-minute trailer. Traditionally, trailers are heavy on action and explosions and include minimal character building moments. That may be the case here. Tell us what you think in the comments section below.

Seth MacFarlane’s The Orville is set to premiere Sunday, September 10 on FOX, while Star Trek: Discovery will launch on Sunday, September 24 on CBS. Immediately following the first episode’s release, the second episode will be available in the U.S. on CBS All Access, with subsequent episodes released on Sundays. The first eight episodes will run from September 24 through November 5, with the series returning in January 2018.

In this article:Star Trek: Discovery, The Orville