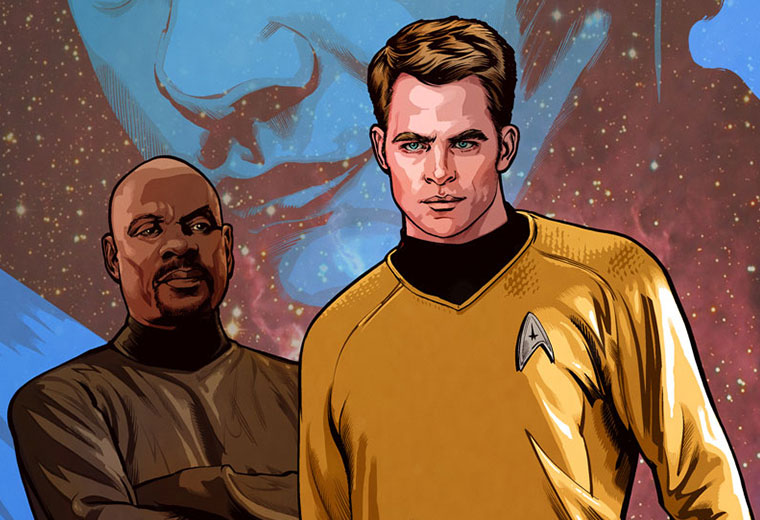 When J.J. Abrams relaunched the Star Trek universe in 2009, he may have done more than split timelines and universes. Some say he split the fan base as well. While many Trekkies (or Trekkers depending on your point of view) embraced the updated interpretation of James T. Kirk and the crew of the Starship Enterprise, some were not impressed by a number of changes Abrams and the Bad Robot production team made to the legendary franchise.

Many fans were excited by the prospect of new and exciting adventures featuring the new crew. Fans didn’t have to wait long, as the rebooted films that we have come to know and love (or hate depending on what side of the Neutral Zone you happen to place your star ships on) as the Kelvin Timeline spawned a new series of comics which started with Star Trek: Countdown (a prequel itself to the 2009 film) and then continued on through an epic 60 issues leading up to the release of the third Kelvin Timeline feature film: Star Trek Beyond.

During this run, publisher IDW brought the Kelvin crew into contact with classic characters from not just The Original Series era but The Next Generation, as well — most notably in the form of Q.

A key aspect of the new series of comics has been the amazing artwork that has adorned both the covers and the pages inside. A large portion of which is credited to artist Tony Shasteen one of IDW’s ongoing collaborators whose work not only captures so brilliantly the likeness of the characters and the actors who play them but also (in this writers opinion) pays homage in style and composition to The Original Series.

TrekNews.net managed to drag Tony away from his busy work schedule for a quick chat discovering how he got started in the comic industry, early memories of Star Trek and his own opinion on the Kelvin Timeline.

TrekNews.net: Can you tell me how you got into illustration, what your early inspiration was?

TS: I got my degree in Visual Communication from the Art Institute of Atlanta. That program let you focus on either graphic design or illustration. I ended up taking classes for both to cover my bases. I knew I wanted to be an illustrator, but I knew it was much more likely to get a job right out of school as a graphic designer. That ended up being a wise move because I spent the next 15 years as a graphic designer. I simply didn’t have the chops to be a full-time illustrator. Little by little I would do freelance illustration jobs and over years I shifted the bulk of my work load to illustration. By 2008  I was a full-time illustrator. It was a long and rocky road to get to that point, but I’m proud I made it.

TrekNews.net: Did you always want to work within the comic book industry and what was the first comic you worked on?

TS: I wanted to be an illustrator, but I didn’t think I was fast enough to do sequential work. I tried to get in as a cover artist, but I quickly realized that if I wanted to do covers I also needed to do interiors. Although he doesn’t know it, I credit Marc Silvestri for giving me the final kick in the pants during a portfolio review to get serious about it. The first book I worked on was a creator owned book called The Occult Crimes Taskforce with David Atchison and Rosario Dawson. I did that book during my transition out of graphic design. I’d work all day as a designer and come home to work on the O.C.T. until 2 in the morning. I credit the energy of my 20’s for producing that book. I couldn’t imagine doing that now. 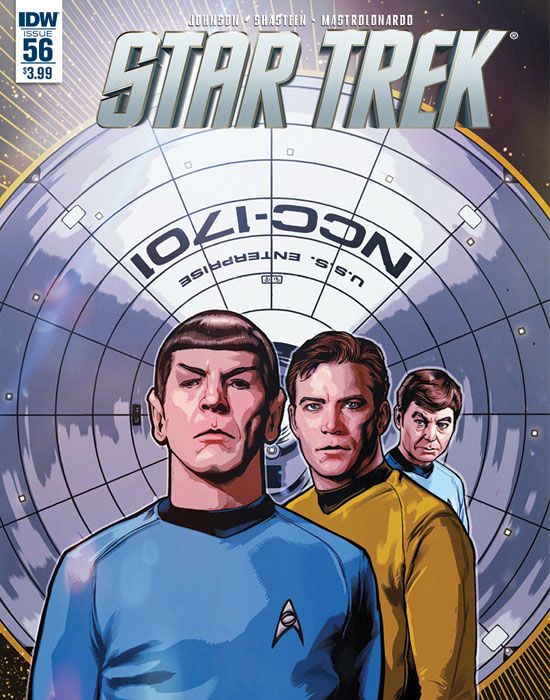 TrekNews.net: I have always wanted to know when working on a piece of cover art for a comic book, are you given freedom to do what you want or do you work to a brief?

TS: It really depends on the job and the publisher. Sometimes I’m given a specific idea, and then other times I’m given a script with the freedom to come up with a cover concept. I prefer the later. Being able to read a script and develop a cover that’s interesting and tells a story in one single image is the true work of an illustrator. I don’t get to do that as often as I’d like.

TrekNews.net: Your work on Star Trek has, as a fan, been amazing, have you yourself always been a Star Trek fan?

TS: Thank you! I have been a Star Trek fan for as long as I can remember, so it’s a thrill to be able to work on it as long as I have.

TrekNews.net: What are your earliest memories of Star Trek and what is your favorite incarnation?

TS: My earliest memories were watching TOS in reruns as a kid. My uncle and mother were huge sci-fi fans in general. So we’d watch a wide array of movies and tv shows. This was back in the day of only having three tv channels, so when Star Trek was on it definitely got my attention. Not to say that it wasn’t great. It was. But when your other options were Hee Haw or reruns of Bonanza… well, I watched Star Trek. Then I’d go to my Uncle’s house on the weekend and would see the Star Trek movies on cable and I realized that it wasn’t limited to TOS. I think that blew my young mind at the time. It felt like Trek was a bigger world that I had no idea existed. I was hooked. 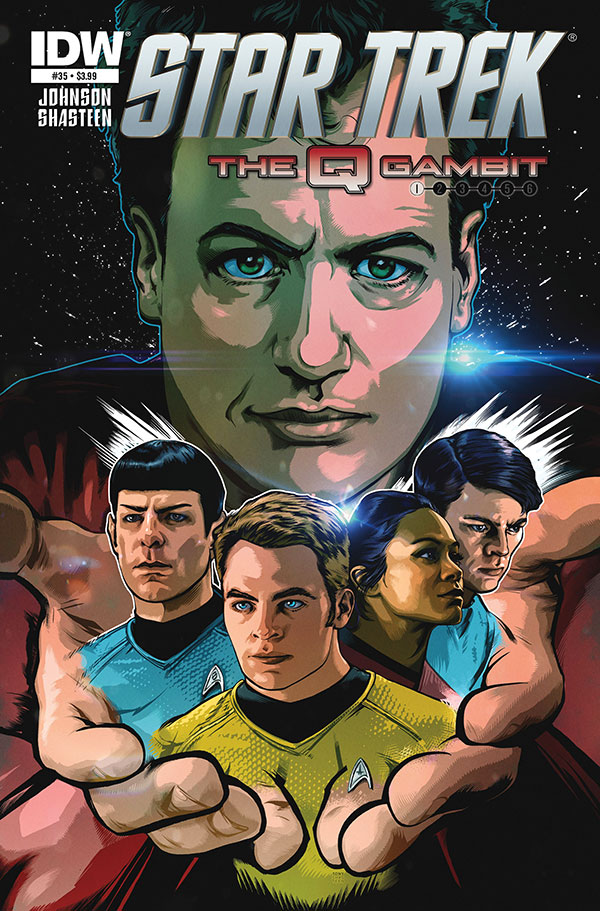 TrekNews.net: Your work on the Star Trek comics has been based on the Kelvin Timeline, what are your thoughts on the rebooted films?

TS: I enjoy the rebooted films. Like I said, I grew up with the original crew, so I have a fondness for them, but I can appreciate what is being done with this alternate universe. I feel like it works with what has come before. I know it isn’t everyone’s cup of tea, but I appreciate it for what it is.

TrekNews.net: Your work over the years has covered a wide selection of genres — if you had to pick a favorite what do you enjoy working on the most?

TS: What I’m doing right now is my favorite. If I could work on Star Trek until I die of old age or get hit by a bus I would be a very happy man. Not the bus part. That would suck. I’ve always loved sci-fi and Star Trek gives me everything I could have ever wanted. 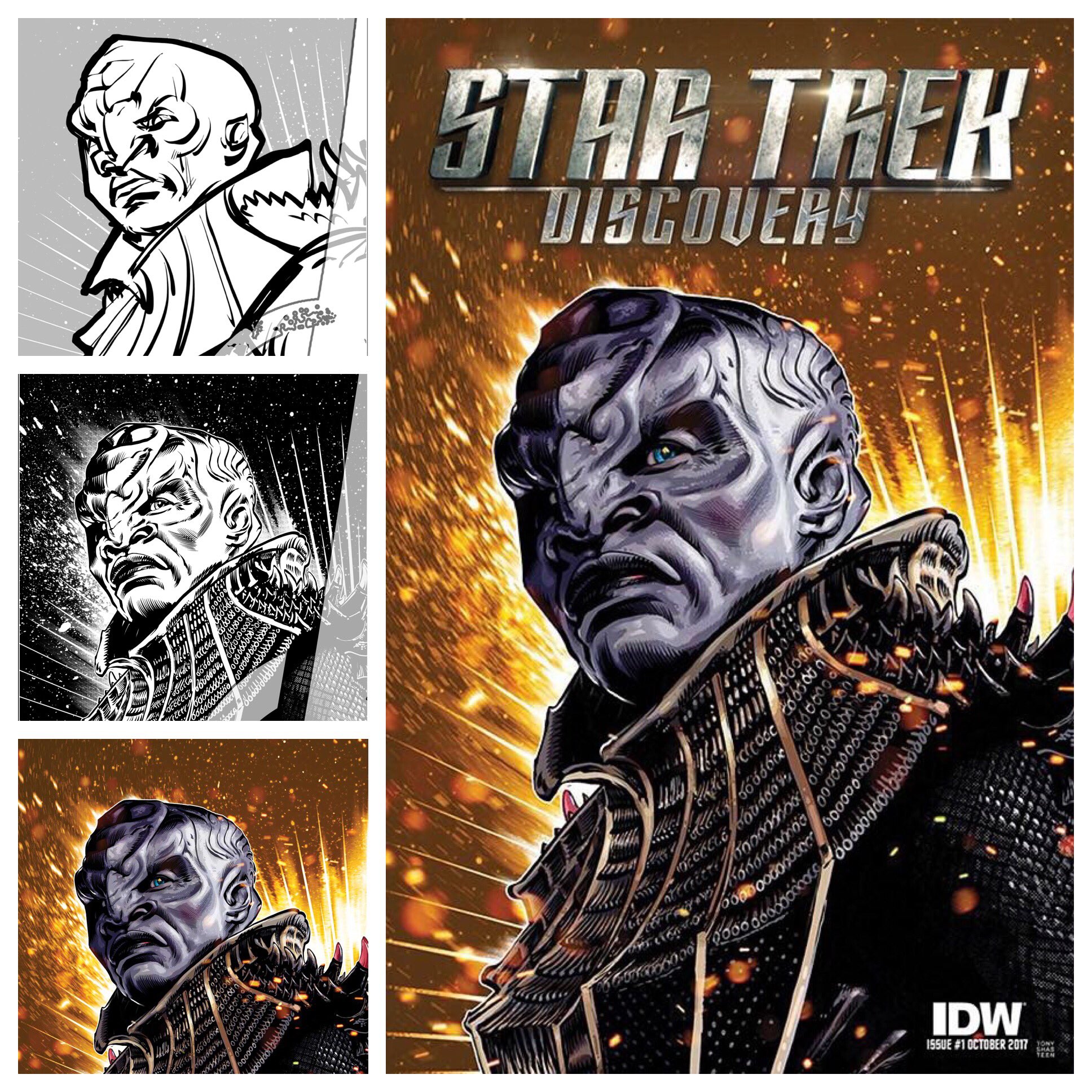 TrekNews.net: What can we expect from you in the coming years, is there more Star Trek in your future?

TS: I’m happy to say there is more Star Trek in my future. I’m currently working on getting the Star Trek: Discovery book rolling.

If you would like to see more of Tony Shasteen’s work then pay a visit to his website at theillustrator.com. 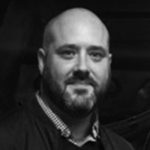 From Liverpool, England, David Milburn is a cartoonist, illustrator, and writer. Helping the unemployed find work by day, he is a super geek and nerd by night! He had plans for world domination at the age of 17 then discovered recliner sofas and then became too comfy for all that nonsense. Powered by my love of Star Trek and one day hopes it will all come true! You can follow David on Twitter @DeMilburn.