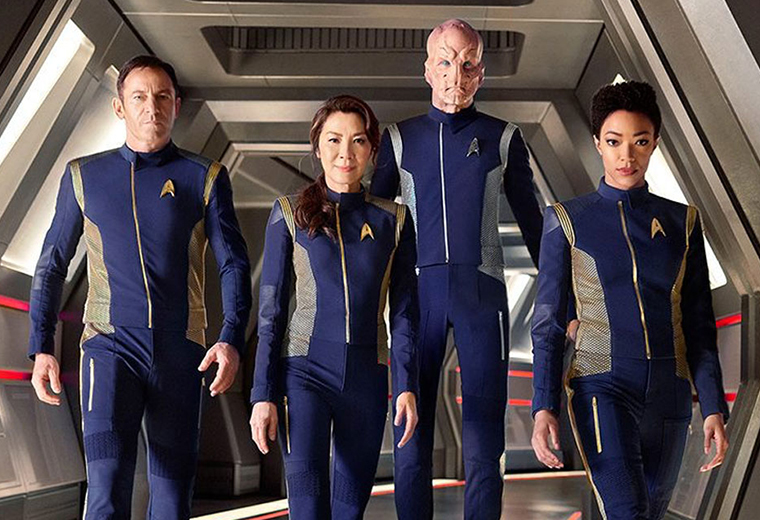 We are in the final weeks before the premiere of Star Trek: Discovery and the show’s producers are out in force hyping the show’s more controversial aspects.

One such interview, a multi-part series on IGN, debuted yesterday with a conversation with executive producer Aaron Harberts, who talked about certain aspects of the show one might view as provocative, at least within the Star Trek universe.

Faith, religeon and the use of “God” in Star Trek: Discovery

A few months ago, Jason Isaacs was reportedly caught saying on set that he couldn’t say “God” in a scene, which prompted a quick but fiery backlash asking why exactly God had no place on Discovery. Harberts clarified that this story was taken out of context and that the reason why Isaacs’ character, Captain Gabriel Lorca, couldn’t say God has yet to be explained.

“You will come to understand why that character has faith or doesn’t have faith is of vital importance,” Harberts said to IGN. “We had no interest in killing God, you know. And by God, I mean anyone’s God. So the fact of the matter is I don’t think religion is going anywhere. Polls may say differently, but I think faith and hope and spirituality, whatever you may think that is, we’re carrying that into the future. We have to.”

While we don’t know much about how spirituality or religion is going to play into Discovery, one thing we do know is how prominent war is. Numerous trailers have depicted Discovery’s placement within a Klingon war. While Star Trek doesn’t lack episodes or entire plotlines telling of war and death, Gene Roddenberry’s famous vision for humanity in the 23rd century all but removed war from mankind’s personality. However, Harberts noted that war in Discovery comes with some caveats. 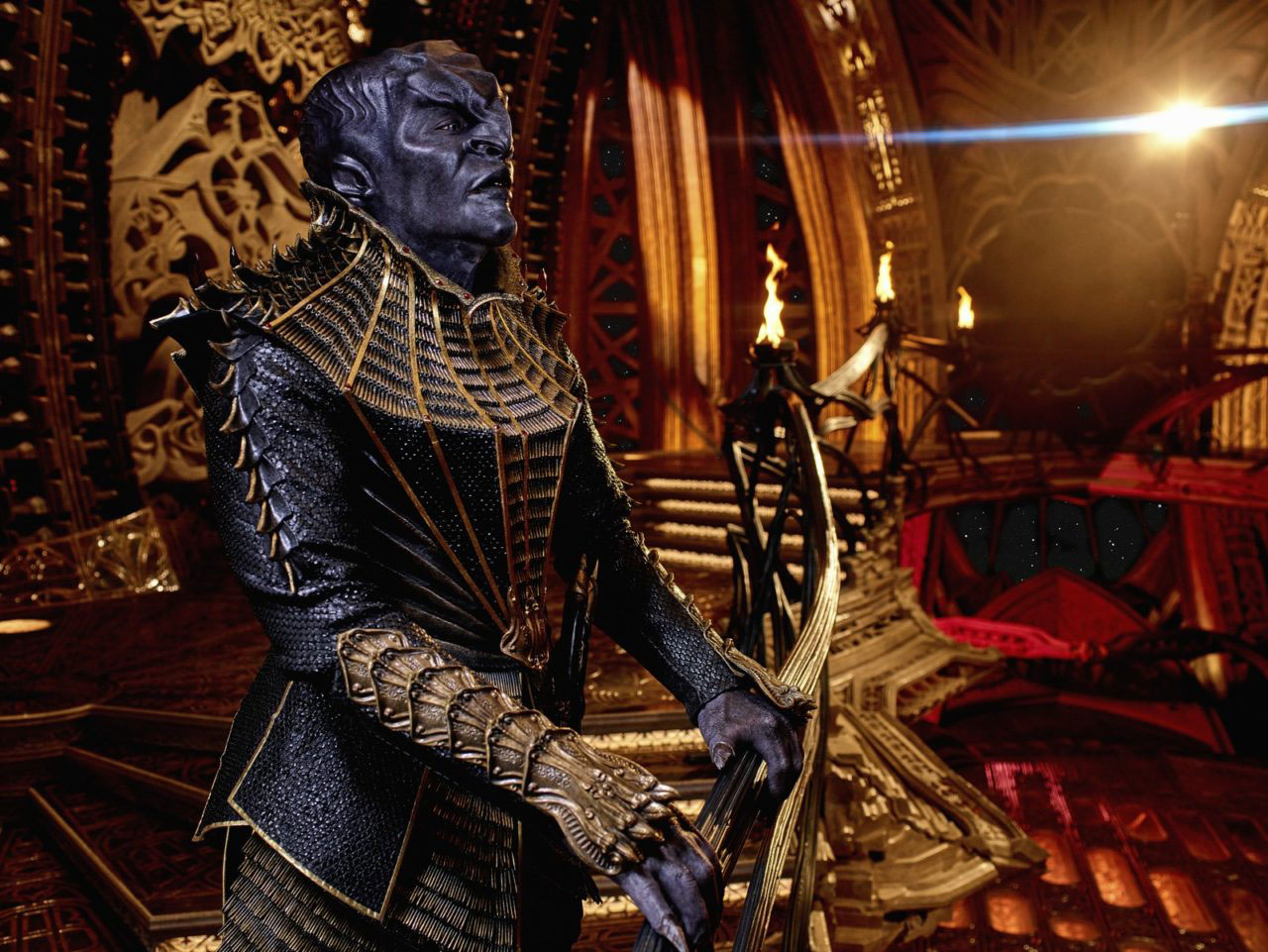 “These Starfleet officers who find themselves in war are very quick to remind the audience that they didn’t sign up to do that,” said Harberts. “That they are explorers first, that they are diplomats first. So our officers are quick to comment on the fact that this is not Starfleet’s mission. War is not why we’re here. And in fact, Discovery is a science vessel that has been conscripted for the war effort.” 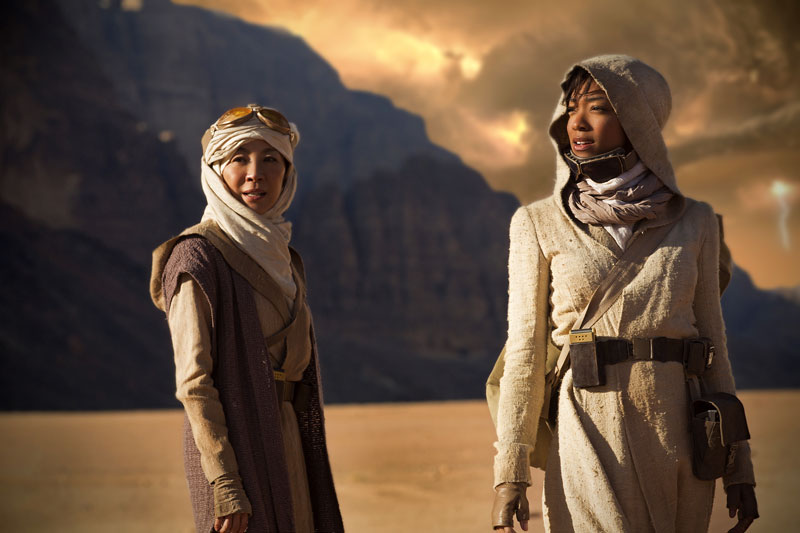 It’s clear Discovery is going to push boundaries, and it wouldn’t be Star Trek if it didn’t. This attitude is reflected in the cast both on and off-screen, where those involved hope Discovery stands out for its commentary on all sorts of matters — especially diversity.

“I’m excited for what this show represents and for what I truly hope it will do,” said Sonequa Martin-Green, who plays First Officer Michael Burnham, to CNET in a recent interview. “I just hope that we can incite change.” 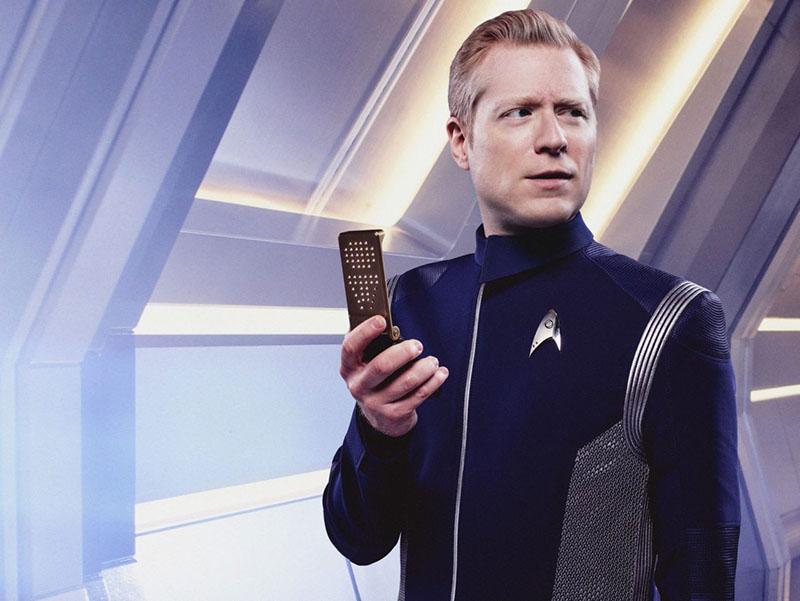 “Star Trek for 50 years has pushed so many boundaries, but this has been one blind spot,” Rapp said to CNET. “There’s a sizable LGBT contingent, and they’ve been hungry and clamoring for it.”

Check out both interviews for some more insight into the DNA of Star Trek: Discovery.

Discovery is set to premiere on Sunday, September 24 at 8:30 PM ET on CBS. Immediately following the first episode’s release, the second episode will be available in the U.S. on CBS All Access, with subsequent episodes released on Sundays. The first eight episodes will run from September 24 through November 5, with the series returning in January 2018.