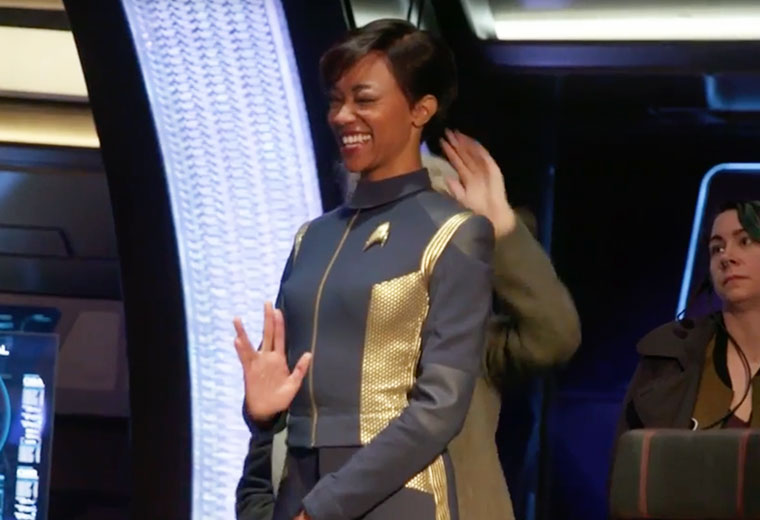 Set ten years before the adventures of Kirk, Spock, Bones and the crew of the Starship Enterprise, Star Trek: Discovery launches this Sunday. The uniforms seen in the series have stirred some controversy since they were first revealed earlier this year. Some fans have lamented that they look far too futuristic to be worn prior to The Original Series. In a new video released by CBS, the Starfleet uniforms that are worn in Discovery are discussed by the cast and crew of the new series, including Sonequa Martin-Green, Executive Producer Alex Kurtzman, and costume designer Gersha Phillips.

Discussing the controversy of the uniforms and technology of the series looking too modern, Kurtzman said “while we look far more advanced than the Original Series looked, it would be strange if something had advanced and then went backwards ten years later.”

Of the uniforms, Executive Producer Akiva Goldsman said “We looked at Enterprise, we looked at The Original Series, at that point in canon and we tried to pull across the color palette.”