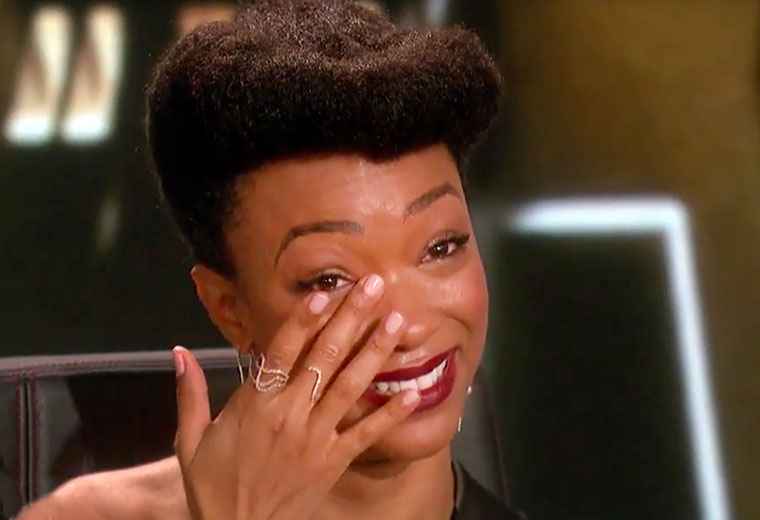 Actress Sonequa Martin-Green appeared Friday on the CBS talk show The Talk to promote the upcoming premiere of Star Trek: Discovery. While discussing the new series with The Talk‘s hosts, Martin-Green shared a video of her emotional reaction to finding out she had landed the role of First Officer Michael Burnham on Discovery.

That was a whirlwind of a moment. We were in Buenos Aires at the time and it had moved on from me… I had finished up on Walking Dead and that was done, it was in the can and then Star Trek came… so it was very divine. One door closed and another opened.

She continued by talking about how important the optimistic vision of Star Trek can be:

Discussing the current political climate in the United States and around the world, Martin-Green got emotional, saying:

I think it means a lot to see a picture of that utopian future, where we can be together and it doesn’t matter what and really respect each other and embrace each other… I think to be able to see that means everything.

We highly recommend you check out the video of yourself.

Star Trek: Discovery premieres Sunday, September 24 at 8:30 PM ET on CBS. Immediately following the first episode’s release, the second episode will be available in the U.S. on CBS All Access, with subsequent episodes released on Sundays. The first eight episodes will run from September 24 through November 5, with the series returning in January 2018.