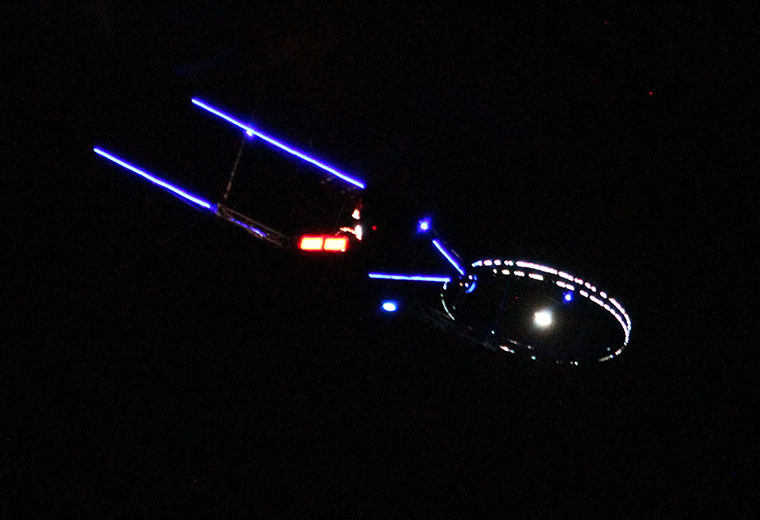 That’s right! If you live in New York City and thought you saw the Starship Discovery fly overhead on Saturday night, you’re right.

In an interesting execution of viral marketing, CBS flew the the U.S.S. Discovery flew from City Vineyard at Pier 46 out to the George Washington Bridge in New York City to promote Sunday’s premiere of the new series Star Trek: Discovery.

The ship also made a second appearance that night, flying along the New York City skyline.

How was it done? The Discovery was actually a two-ton exoskeleton with LED lights attached to a Black Hawk helicopter.

Star Trek: Discovery premieres Sunday, September 24 at 8:30 PM ET on CBS. Immediately following the first episode’s release, the second episode will be available in the U.S. on CBS All Access, with subsequent episodes released on Sundays. The first eight episodes will run from September 24 through November 5, with the series returning in January 2018.