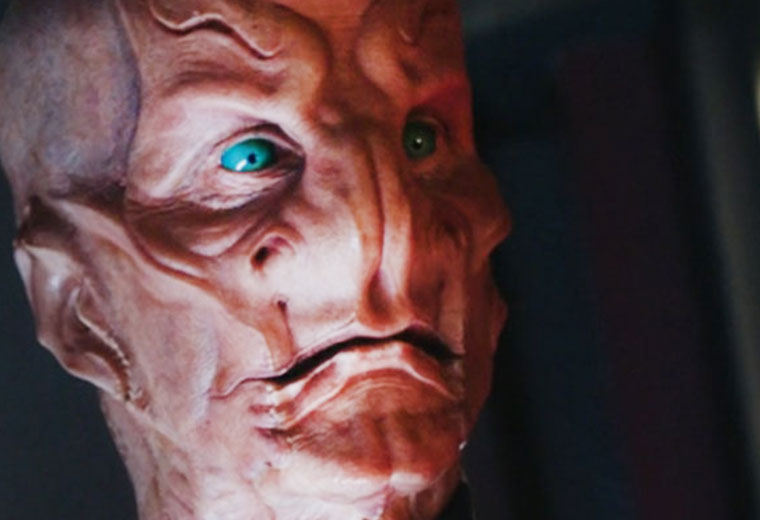 While not totally surprising, news has trickled out that Discovery‘s premiere episodes are getting pirated… a lot. Pirated enough to make the list of top 10 most illegally downloaded shows on Pirate Bay. This news comes only a couple days after the show’s premiere. My question: why?

The stupid easy answer is that people just want to watch the show. Perhaps they can’t afford CBS All Access. Perhaps they don’t have access to CBS where they could have watched the pilot for free. Let’s assume for a moment that most of the people downloading the show illegally or on a regular basis are Star Trek fans. Why else would you want to watch it? If this is the case, then these Star Trek fans who pirate the show are shooting themselves in the foot. Or purposefully setting the warp core to breach. Pick your metaphor.

Making a new Star Trek series was risky and still is. A lot of money and time was dedicated to a show that from its conception was walking on thin ice. CBS needs paying subscribers to continue making Discovery, as these episodes are available only on CBS All Access, and the show itself is expensive to make, something plainly evident by the show’s polished visuals and intricate set design. $6 a month is all you have to pay to watch Discovery, and at the same time, you are encouraging CBS to support the show. That’s the cost of a Starbucks coffee. (Hopefully, it’s a really good coffee).

The reception to Discovery thus far has been fantastic, with record-breaking CBSAA signups, excellent ratings, and positive critical reaction. You may say, “well, Game of Thrones is one of the most pirated shows ever and it continues to do extremely well, so what’s the big deal?” But Discovery is far removed from Game of Thrones, both in its popularity and place in popular culture. Even with millions of people pirating that show, it’s in no danger of going away. (Of course, this still isn’t a reason to pirate Game of Thrones, it just illustrates the difference between the two shows!)

The bottom line is this: if you are a fan, who like millions of others have been waiting for Star Trek to return to television, and you are illegally watching the show, you are hurting your cause. If you are one of the fans who perhaps teared up when you saw the Shenzhou descend through the clouds to the familiar three-note Star Trek theme, or got unreasonably excited when you saw the Starfleet insignia etched in the sand (Star Trek is back!), you owe it to yourself to support Discovery. Split the cost of All Access with a friend. Wait until the show finishes its first season run and then get All Access for a quick marathon. Cancel your Netflix subscription for a month and get CBSAA instead. Creep outside your neighbor’s window while they watch Discovery (okay maybe don’t do that). Find some way to placate your desire to watch the show without pirating. Discovery needs every subscriber it can get to truly send it to the stars.

What do you think of people pirating the show? Do you do it yourself? Why? Let us know in the comments.