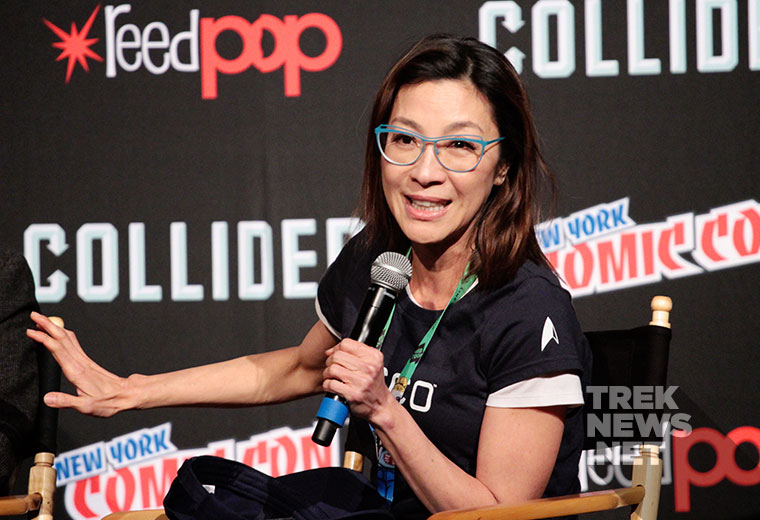 There’s some major news coming out of the big Star Trek: Discovery panel at this year’s New York Comic Con. 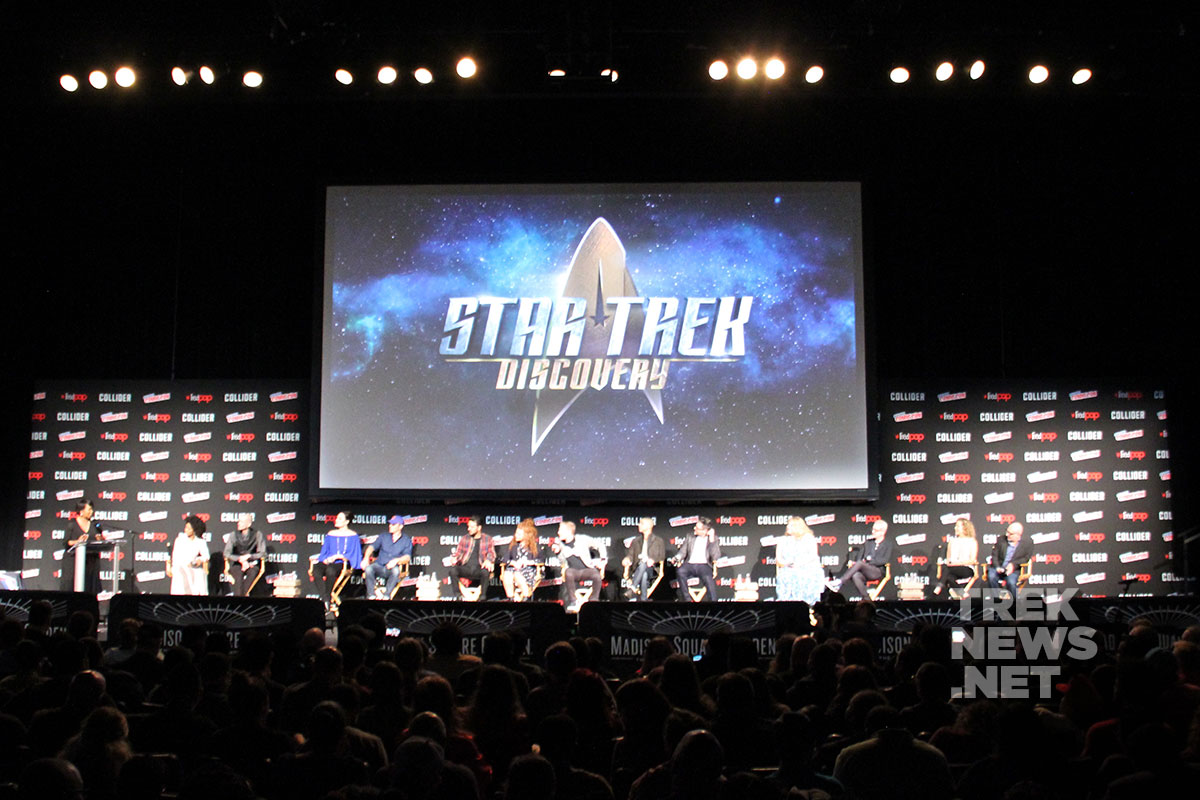 Members of the Star Trek: Discovery cast and crew on stage at the Theater at Madison Square Garden in New York City (TrekNews.net)

Michelle Yeoh, who played Captain Philippa Georgiou in the first two episodes of the series, made a surprise appearance, initially asking the panelists a question about her character as if she was a fan in the audience, before revealing her identity. After taking off her mask, Yeoh was greeted warmly on stage by the cast with hugs and genuine surprise. She told the audience that she came to New York today to say ‘thank you.’ 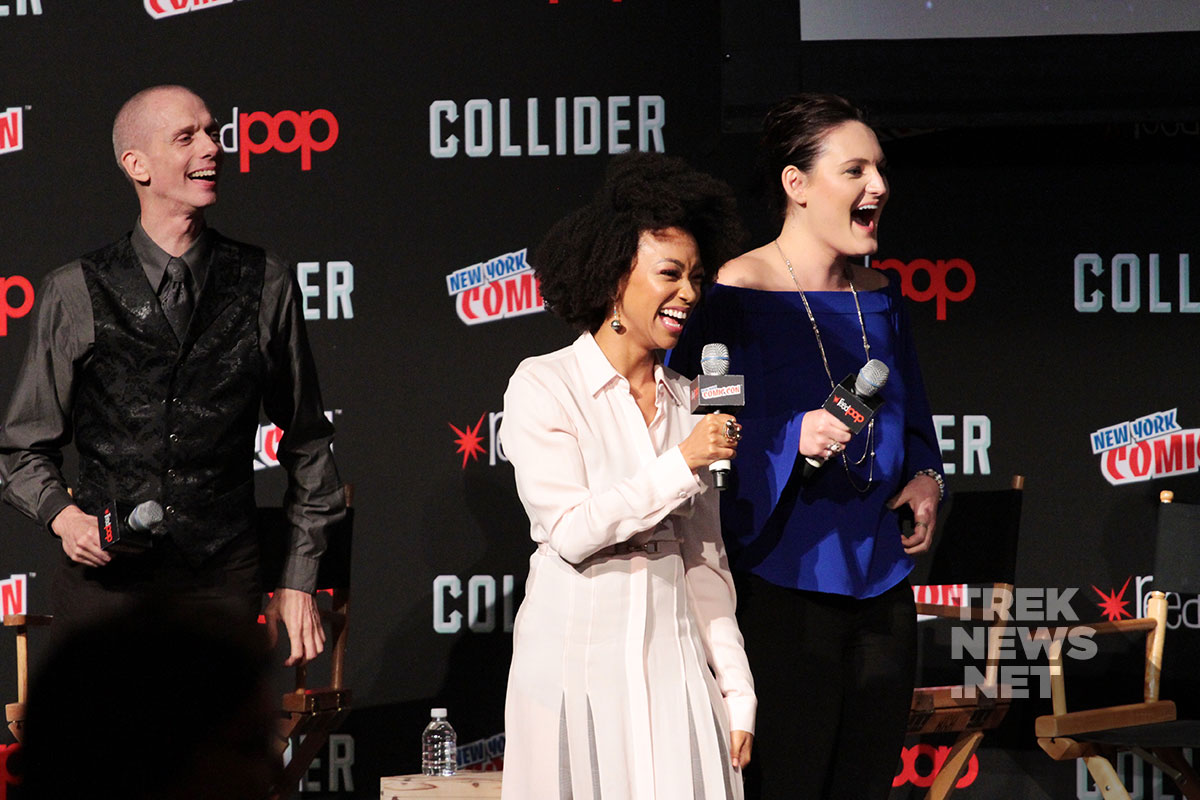 “I’m not going to let them kill me,” Yeoh told the audience inside the Theater at Madison Square Garden. She confirmed that we have not seen the last of Captain Georgiou. She also warned Jason Isaacs “if you don’t look after my baby girl, I will come and kick your (Lorca’s) ass.” Adding “And you know I can do that,” which received massive applause. 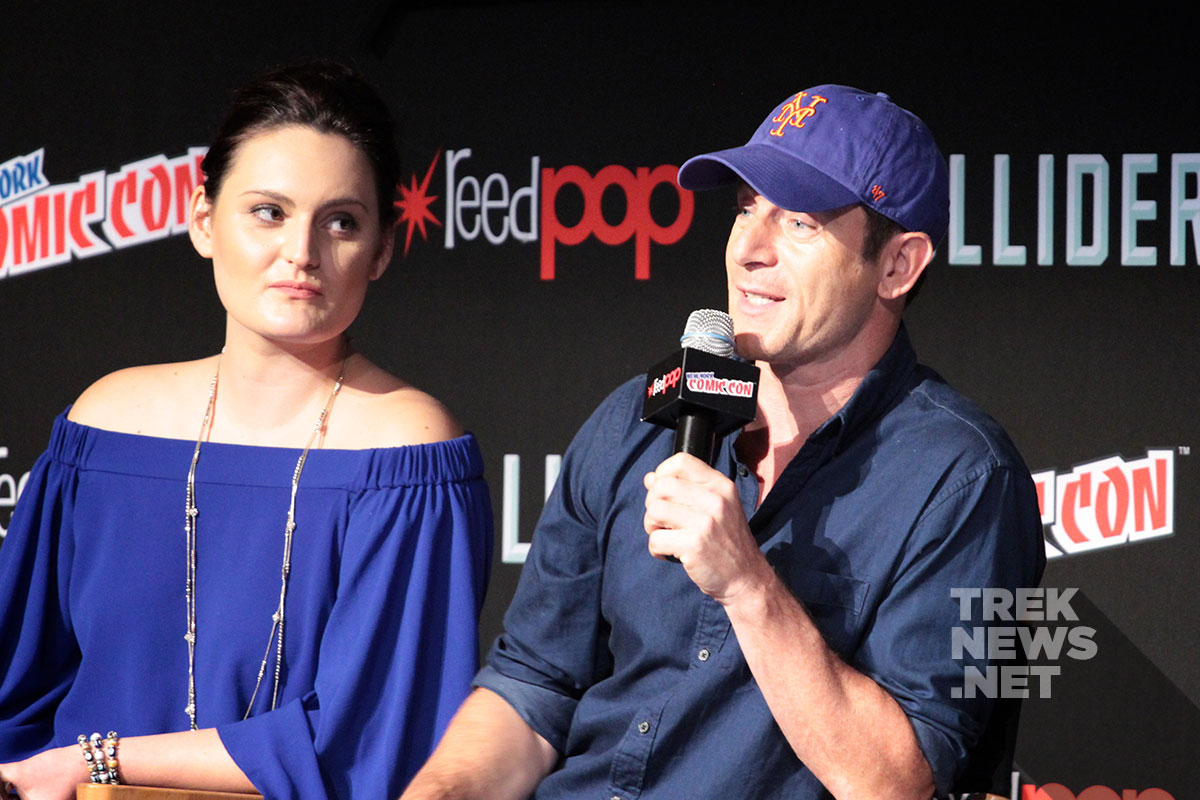 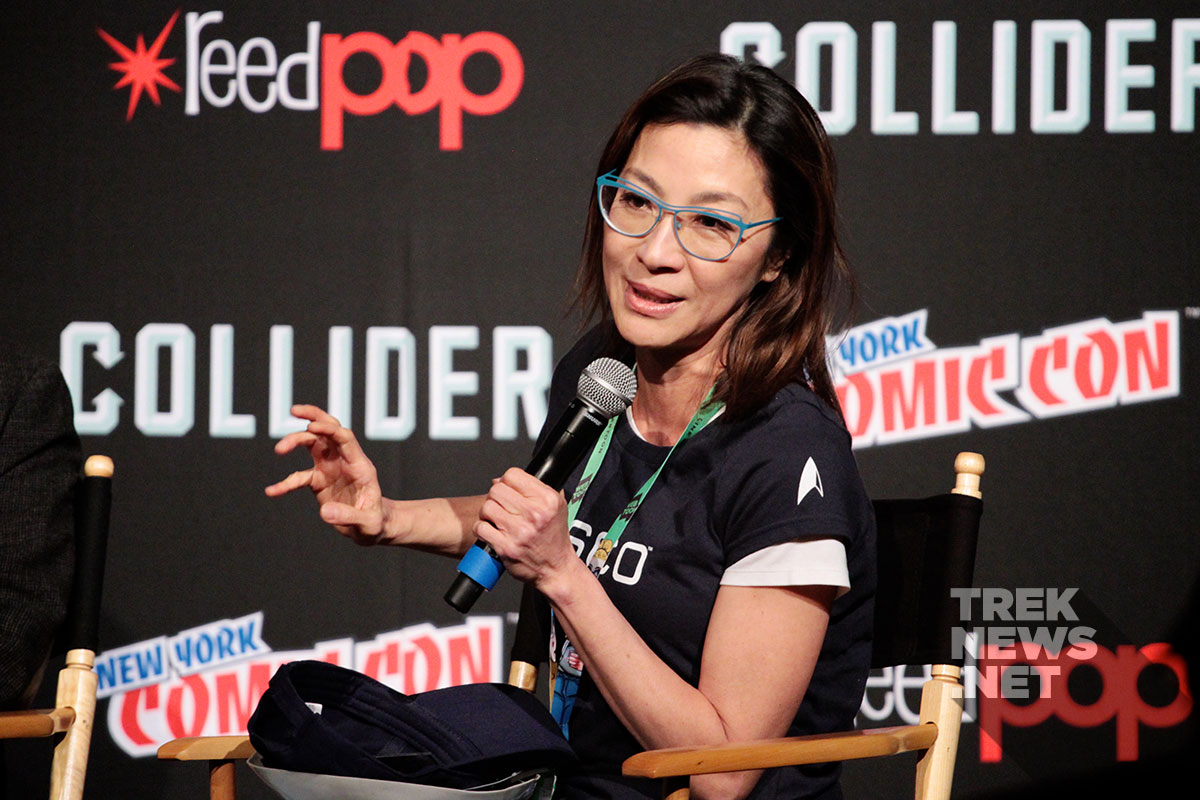 Teasing a possible romance for Burnham, @SonequaMG says “We’re covering everything for everyone.” #StarTrekDiscovery #nycc pic.twitter.com/QsxF55F9ls

Martin-Green discussed the series, saying “the writing is exquisite, it’s a playground for us, it’s very easy to let our imaginations run wild with what is put on the page.” On the topic of her character Michael Burnham, she said that she’s “not at home on Vulcan,” and that she’s “not at home here (on earth) and is trying to find her place.” Martin-Green noted that the struggle is the nexus of her character. She went on to reveal that Burnham would have to use her emotions to make decisions on a path towards redemption. 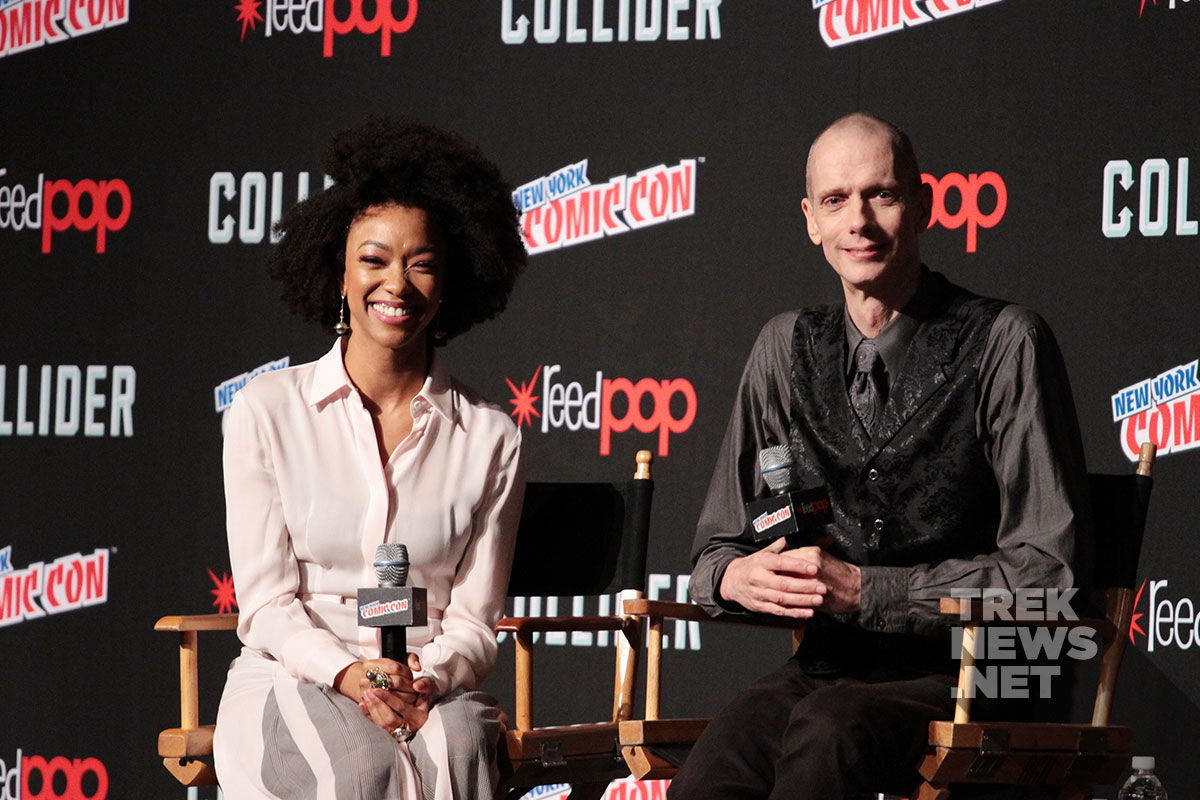 The panel was moderated by NASA astronaut Dr. Mae Jemison, who said that she has been a lifelong Star Trek fan because it pushed the envelope on conventional thinking. When by Jason Isaacs about when she was in space if she felt like more of an American or more of a member of mankind, Jemison said she felt “closer to the universe at large.” 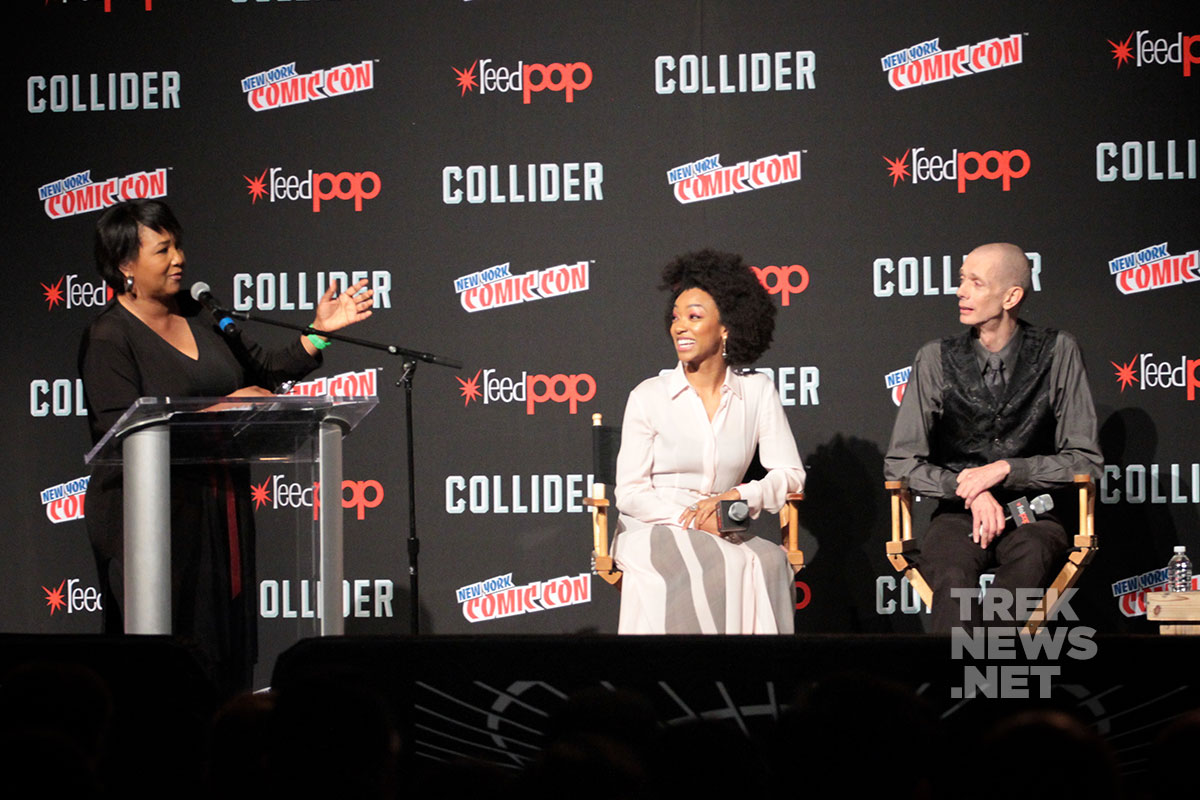 Jason Isaacs, who plays Captain Gabriel Lorca on the series, told the New York City audience that he believes “Star Trek is at it’s best when it gives people something to talk about after the credits.”

Anthony Rapp, who plays Lieutenant Paul Stamets, talked about being part of the first gay couple on Star Trek (television), saying he’s “proud to be a member of the first gay Star Trek couple” along with Wilson Cruz’ Dr. Hugh Culber and happy that “it doesn’t matter on the show.”

Executive Producer Alex Kurtzman talked about the aesthetic of the Klingons and their story on Discovery, saying “We wanted to shift everyone’s perspective of what the Klingons are.”

Akiva Goldsman discussed Discovery‘s connection with The Original Series, saying “We don’t start there. We get there.” 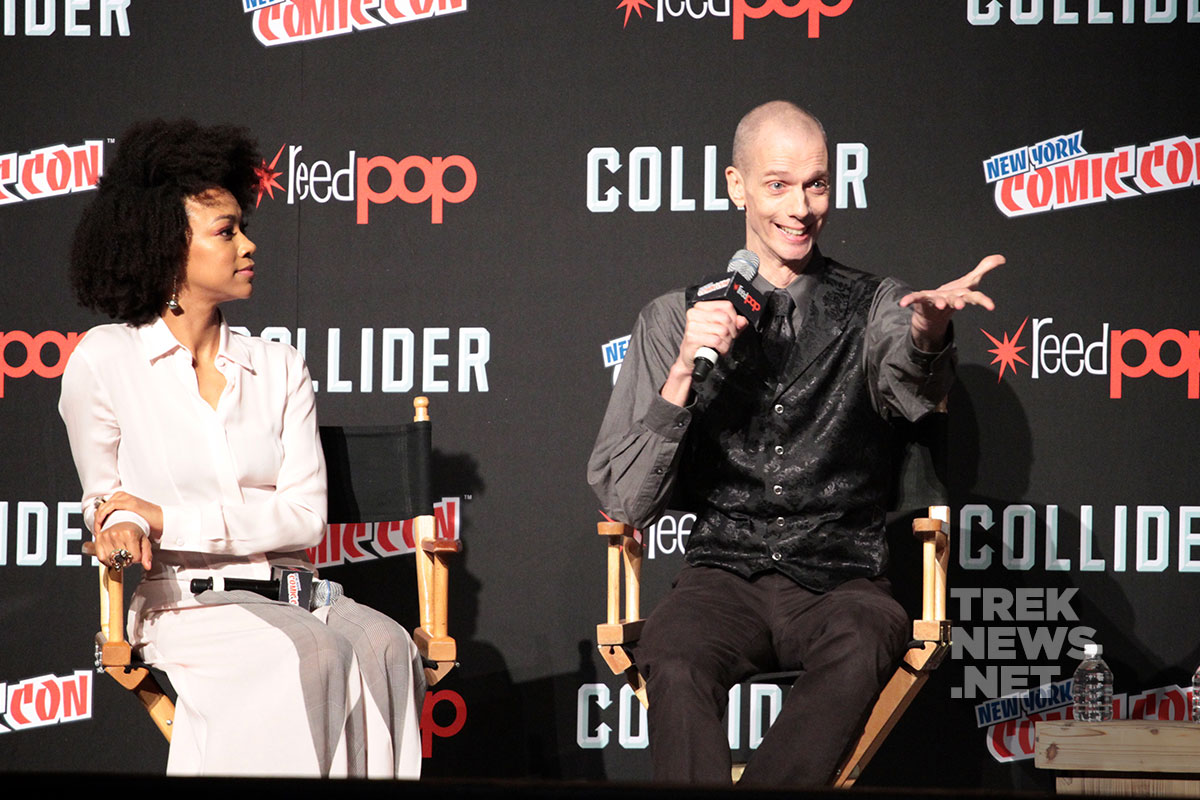 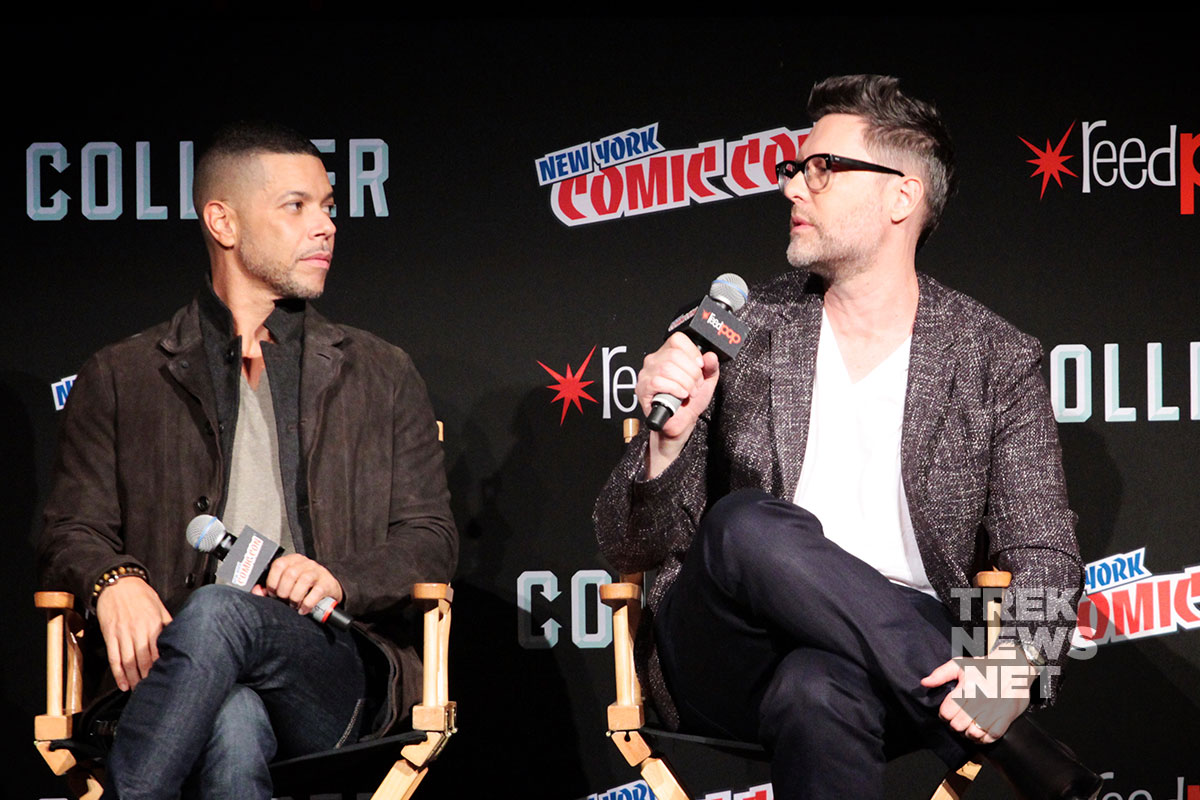 Doug Jones, discussed his character Lieutenant Saru, saying he’s “excited to bring a brand new original species to life that does not have pre-existing fan expectations.” He acknowledged that his character is trailblazing for the Kelpien species. He also noted that he’d love to have an episode where Saru went back to his home planet to explore the Kelpian species. 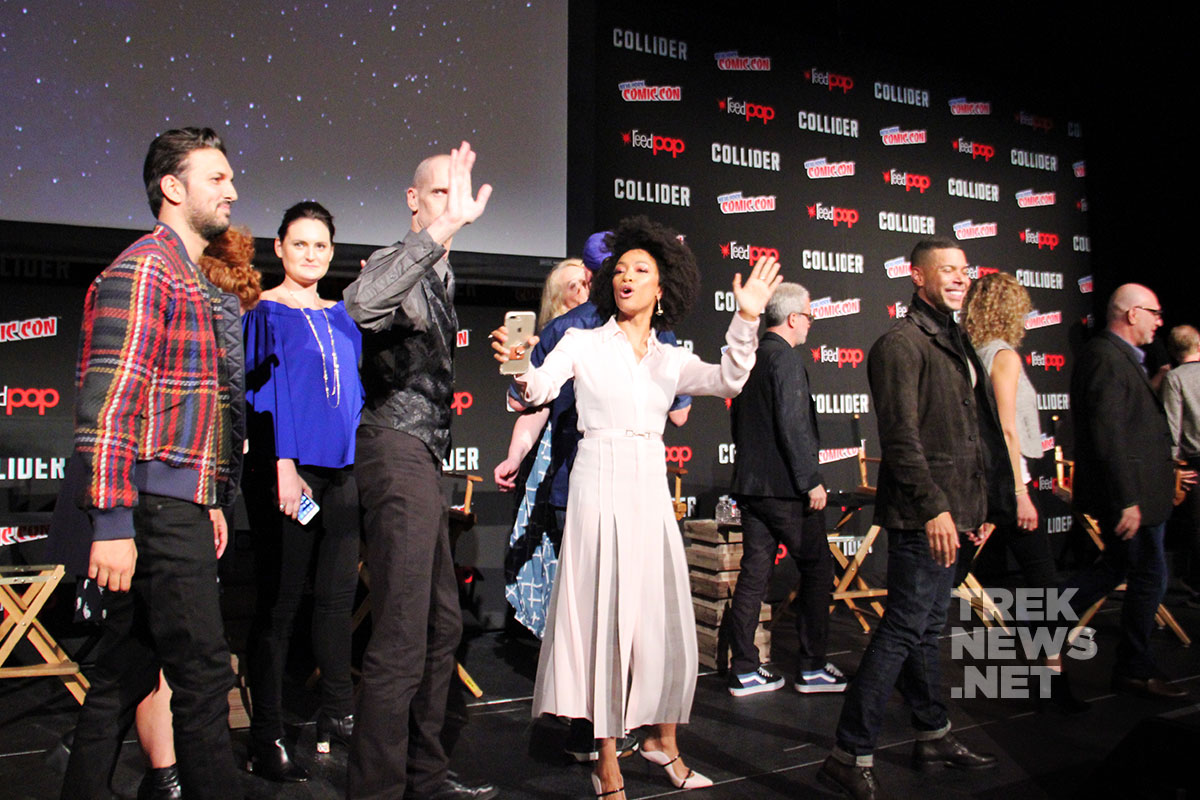 The cast and crew bid farewell to the NYC audience (TrekNews.net)

Stay tuned for a full recap of the press conference that the Discovery cast and crew took part in, immediately following the panel.