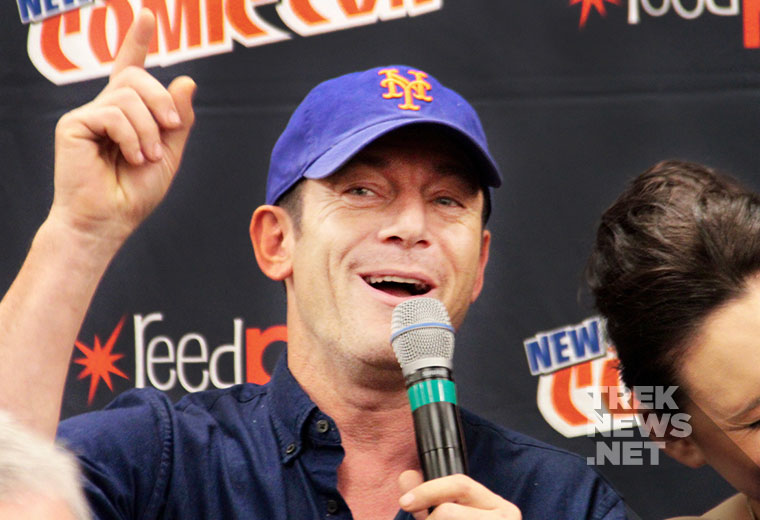 Jason Isaacs, who plays Captain Gabriel Lorca on Star Trek: Discovery took part in a press conference on Saturday following the big Discovery panel at New York Comic Con. Among the topics discussed, Isaacs had a clear message for anyone that has an issue with a woman of color playing the lead role in the series.

On the topic of social media feedback and some fans displeasure with aspects of Discovery so far, Isaacs said:

This is a different world [than Harry Potter] — the Star Trek world — where adults love and revere and protect this. It’s mostly, at least from what I’ve experienced, on this social media… is how you encounter it. It’s mostly just love and excitement and fabulously positive things. And then there are the people — genuine fans — who are are skeptical, don’t want to pay or particularly obsessed with technical things. It’s not my business to tell them ‘Don’t worry, they’re tearing each other’s eyes out in the writer’s room about matters of canon as well. Don’t think that they don’t care about it. They’ve got an explanation that you may or may not be satisfied with.’

He went on to say that he welcomes the fan’s feedback but he has zero tolerance for racism.

Those people are very welcome and we’re thrilled that they’re arguing about it, that they’re upset, angry, or they love it. Any of that stuff is fine.