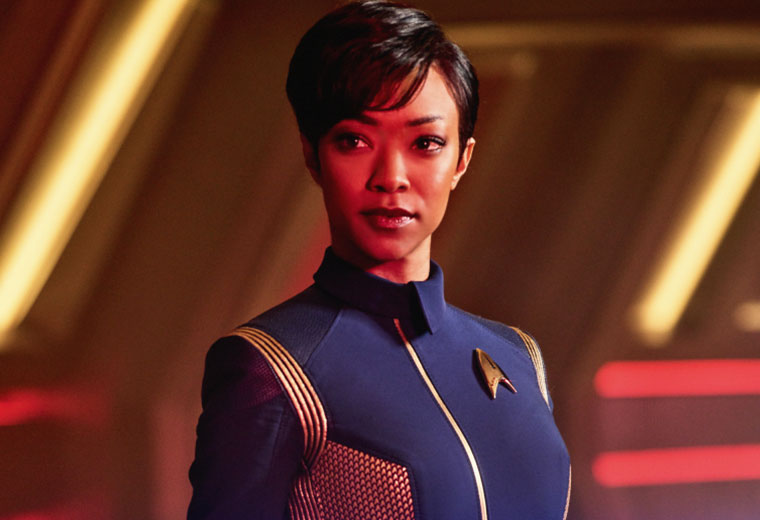 When Gene Roddenberry ran the first few seasons of Star Trek: The Next Generation, he had a deliberate edict that there should be no conflict or drama between members of the bridge crew. This was a limitation many writers of the show balked at, but one might argue that from this adversity came better art because they had to think of new and different ways to approach the stories.

The idea was that in this idealistic future, people were open to hearing other ideas, even if they conflicted with their own. It was one way to approach the vision of a utopian future that the creator of Star Trek wanted to convey, even if it was not always the best or easiest choice.
By the end of the first half of Star Trek: Discovery‘s premiere, presented as two separate episodes – “The Vulcan Hello” and “Battle at the Binary Stars” – it is apparent that Gene Roddenberry’s edict has gone the way of the Tkon Empire.

Gene Roddenberry at his desk

This might be why some fans of the series have responded negatively – that, and some changes to the way fan favorite Klingons are presented. Many complain that this isn’t their Trek, the Star Trek they know and love. But if this show was the same as the series that came before, what would be the point?

There is some comfort to the format (or formula, if you prefer) that guided the five preceding series. And it is somewhat disappointing to see a departure from this. But the differences make for a fine show. The first few episodes of the season have propelled us into an exciting story that is bound to explore the depths of the human spirit, much like the series upon which Discovery is based. That it is told differently does not make it any less worthy than its predecessors.

To begin with, let us address a few of the most talked about aspects of the new show: Dutch angles, lens flair, and the Klingon aesthetic. Reaction to these elements is largely based on personal preference. If one does not like these choices, one may as a result not like the overall presentation. Some are bound to let reaction to these choices affect their enjoyment of the show. The techniques in question do not matter so much as ensuring they are employed for a reason of importance to the telling of the story. 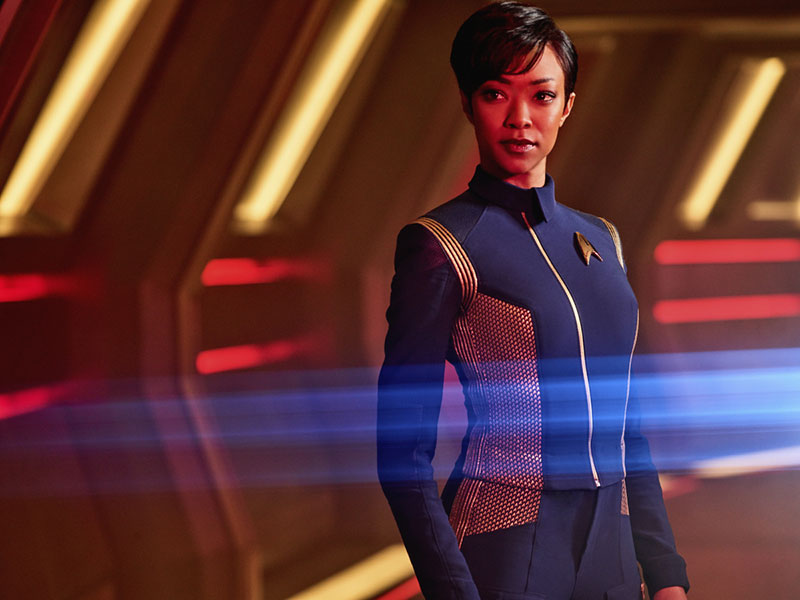 The use of Dutch angles may at first seem out of place. An unfortunate byproduct of this point of view may result in feeling like the actors are going to fall off the screen. In watching “The Vulcan Hello” several times, however, I realized that, once the initial contact between Burnham and the Klingon Torchbearer occurred, the offending angles were focused primarily on the Starfleet side of things. When viewing the sequences set on the Klingon ship, the angles are static and level. The implication here seems to be that the Klingons are balanced and have a path that is clear to them, while the Starfleet crew is caught by surprise and are unsure of what steps to take next. It seems, then, that these Dutch angles serve an important visual purpose. It is a visual aesthetic that has cropped up in several episodes so far, but has not been used as extensively as in those first two shows. 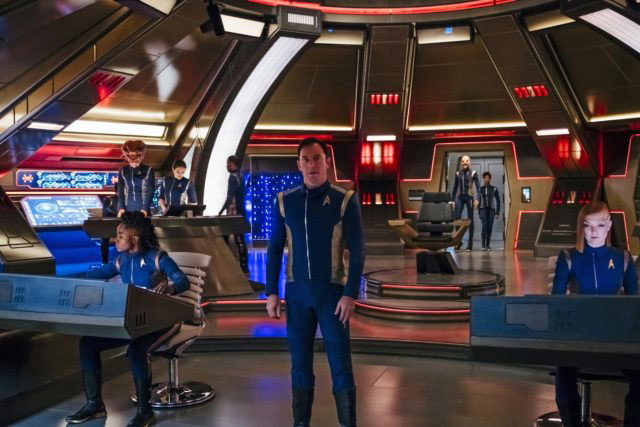 I will admit that there is most likely no intrinsic reason for the lens flair; it is simply an aesthetic choice that ties the new series to the recent film resurgence that began in 2009. Although those films comprise an alternate timeline, the visual choices for that set of stories have carried over into TV Land.

Then there is the question of the ever-changing Klingons. In the history of Trek, we have seen the Klingons presented as a swarthy, darker-skinned and militaristic species, distinguishable from humans in only height and stature (and a liberal application of facial hair). Later, in Star Trek: The Motion Picture we saw them for the first time with forehead ridges and full leather and armor regalia. This carried over to the other films and into Star Trek: The Next Generation. There was an episode of Star Trek: Enterprise which attempted to explain the genetic disease that caused these differences in appearance. 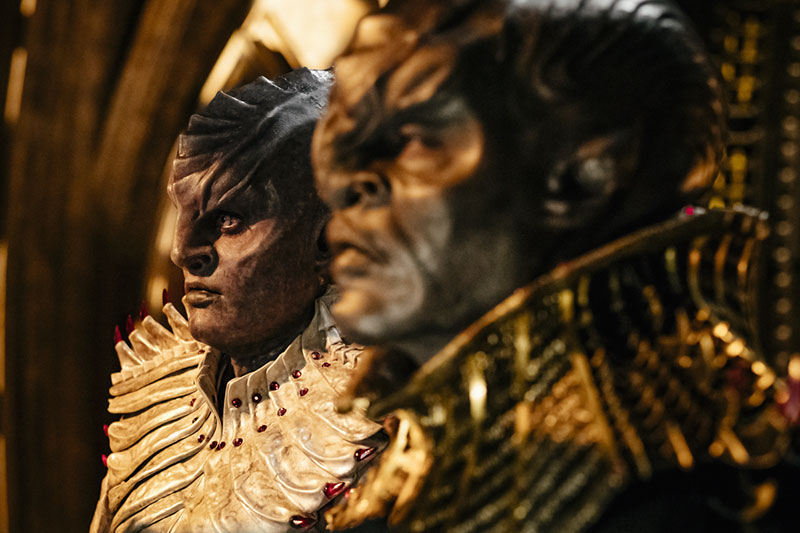 Given the background of the Klingon’s genetic/augment virus, I am left to surmise as the season moves forward, especially given the positioning and scheming of “The Butcher’s Knife Cares Not for the Lamb’s Cry” that perhaps this further change in appearance will be explained as a sort of middle step on the way to the reconciliation of that genetic disease. As detail-oriented as I usually tend to be, I have not given this point much thought – the producers have stated that there will be an explanation. Logically, I cannot comment on this until I have seen it and so will withhold judgment until then.

One other major departure that this series takes from the Trek mythos is that of not placing main characters in a negative light. Over the years, this rule has been occasionally broken. Most notably the Deep Space Nine episode “By the Pale Moon Light” dealt with Captain Sisko indicating that he could live with having been party to a political assassination. And then there is Section 31, which does all the dirty work so that the Federation can have its utopian existence.

But in Discovery, Burnham’s mutiny leads to a prison sentence, as well as the perception amongst Starfleet personnel that Michael is responsible for the Klingon war. This series of events represents a deviation from a trope Trek has often relied upon, in which the main character disobeys orders for a noble reason, and receives little to no discipline for that disobedience. Ironically, this signifies another split with Gene Roddenberry’s vision. Roddenberry believed in the best within humanity. Many believe he would not have approved of Section 31 and Sisko’s actions, as well as the way that this series has started. But to disallow this kind of commentary belies the essence of Star Trek’s vision. I make such a strong case for this argument because it is important that the show be able to reflect the darkness that lies within the heart of man; to expect it to present characters devoid of this inner struggle is intellectually disingenuous. If we are to overcome the dark nature within our hearts, we must recognize that it exists, and we should be willing to accept that this duality exists even in the Picards and Kirks of the Federation.

Another point in favor of these first few episodes is that, while they favor action and are darker like DS9, they also reflect the influence of the Original Series. “The Vulcan Hello” is reminiscent of the TOS episode, “Balance of Terror.” In both, the Federation meets a civilization it has not encountered in nearly a hundred years, the alien race is able to hide behind a cloaking field, the episode intercuts between how both sides of the conflict react to the situation, and the Starfleet side is caught at a major disadvantage. There are a few other notable if tertiary connections between the two episodes. The scenario proposed by Sarek to Michael Burnham was one which Spock approved of in “Balance of Terror” – that of firing first and attempting diplomacy later. And of course, Mark Lenard who would go on to play Sarek also appeared in the latter episode as a Romulan Commander. There are other nods throughout Disovery to the Original Series: Burnham outthinks the ship’s computers; they mention General Order One (The Prime Directive); Captain Lorca keeps a tribble in his ready room; Captain Georgiou refers to Burnham as “Number One” (a callback to the TOS pilot, “The Cage“); Michael’s EVA to reach the Klingon buoy is reminiscent of Spock’s journey into V’Ger. There is enough fan service present to satisfy those who know the history of the future, as well as enough new material to be accessible by a new audience. 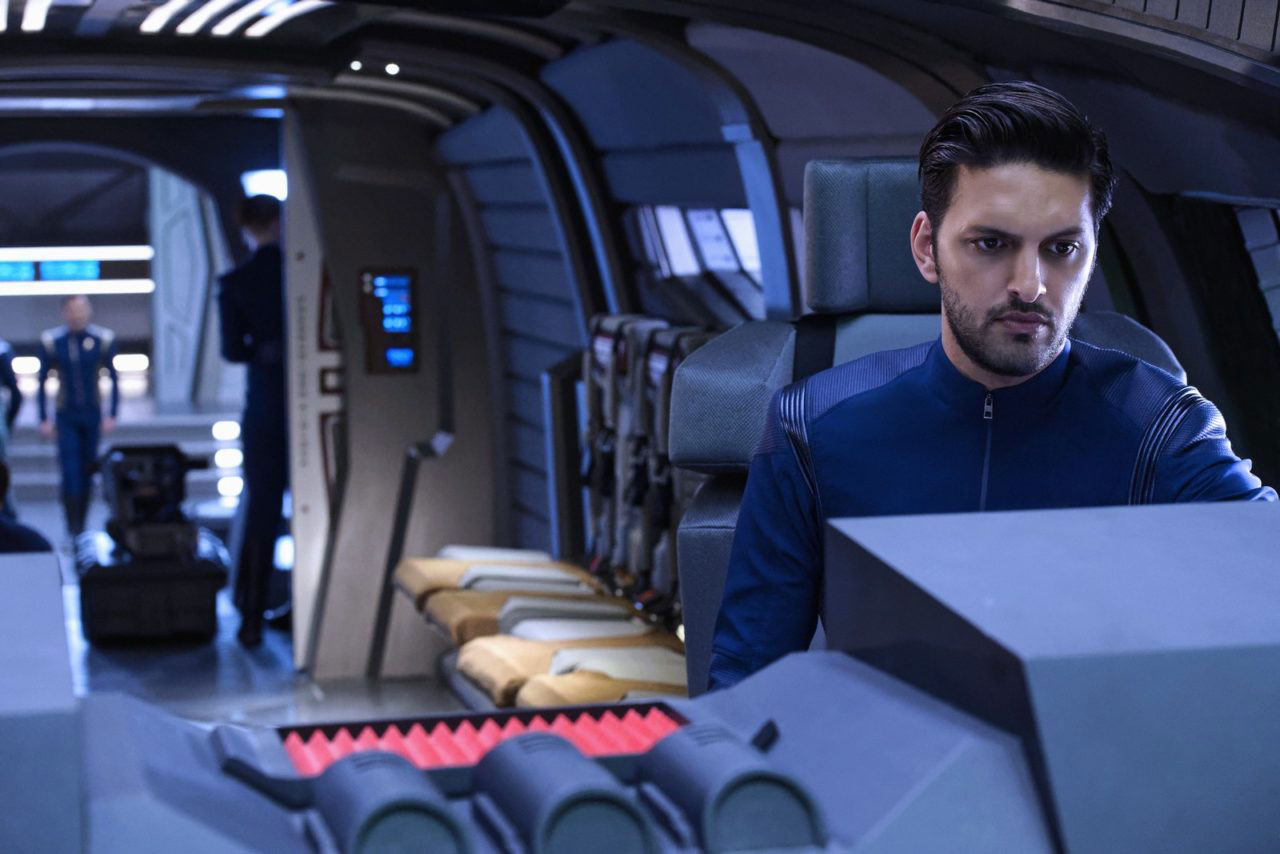 It cannot go without saying that CBS has chosen an odd approach to their presentation of this series. Airing the first episode on live television, and hiding the second behind a paywall did sow discord with the fan base. But the production company has also chosen to hedge its bets by making new episode available outside the U.S. via Netflix. It was a calculated move to see if their All Access app would bear fruit, and by all accounts it has; subscriptions to the app are up more than 200%. In a show of confidence, a ninth episode has been added to the initial run before a hiatus scheduled for November. It remains to be seen if CBS will be receptive to the commensurate message sent by any attrition that may occur once the season is over; many fans are stating they intend to drop the service during the winter hiatus and once the season has finished its run.

This entry into the annals of Trek is much darker than its predecessors – even more so than Deep Space Nine. But it is also hopeful. It espouses the spirit of Gene Rodenberry’s creations while staying true to the nature of humanity. It emphasizes the importance of exploration, even in the midst of war. It shows Starfleet and the Federation at a moment in time just before they begin to adhere more rigorously to the spirit of openness and positivity expressed by its early incarnations. It is, in many regards, a representation of the birthing pangs of the method of thought that will eventually be the basis for the Trek generations have come to know and love. If the rest of the series is anything like these first handful of episodes, it will prove itself worthy to bear the title of Trek. In fact, it already has. 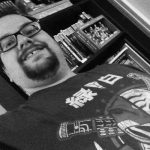