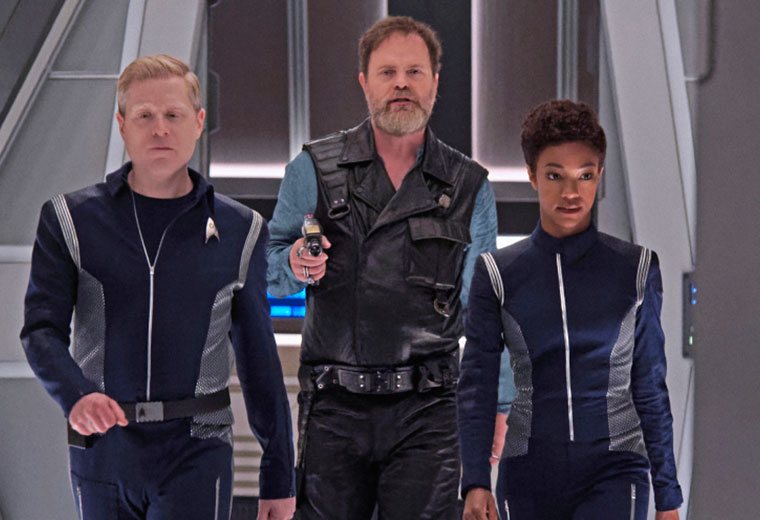 Mudd’s back! After Lorca and Tyler stranded him on a Klingon Vessel two episodes ago, Mudd is back for revenge. Of course, though, for Mudd, what good is vengeance if you can’t make some money off of it?

By far, the best part of this episode is Rainn Wilson as Harcourt Fenton Mudd. Wilson just gets this character and delivers a performance this both pays respect to Roger Carmel’s portrayal while perfectly updating it for a modern audience and the tone of Discovery.

If only the rest of the episode was as good. 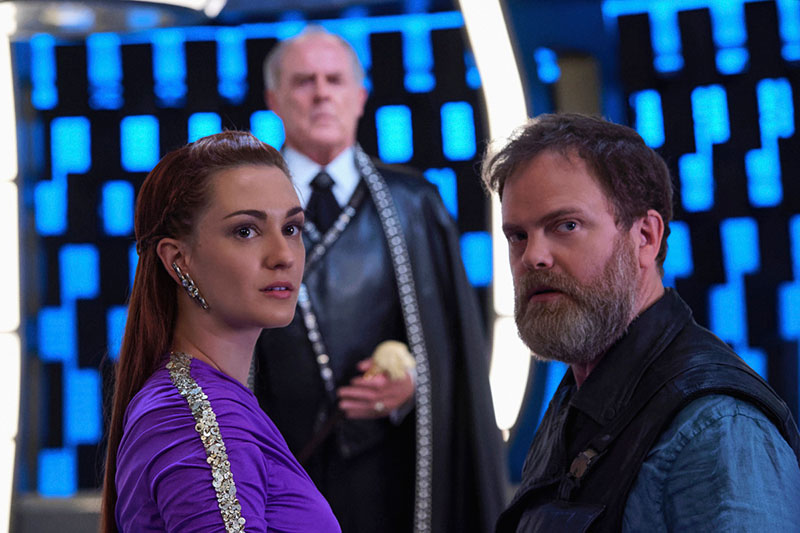 The plot of “Magic to Make the Sanest Man Go Mad” is simple: Mudd’s plan is to get back at Lorca and Tyler by capturing the Discovery and selling it to the Klingons. To do this, Mudd’s using a device that sends the ship into a time loop, repeating the same 30 minutes over and over again. This allows him to learn the ins and outs of the ship while everyone else is caught in the loop.

Well, almost everyone. Stamets’ recent injection of tardigrade DNA allows him to keep his memories from past time loops. He soon is able to convince Burnham, who in turn convinces Tyler, to help. Once all three are on board, they’re able to stop Mudd and save the ship after an undisclosed amount of loops (though, at one point, a number in the 50s is thrown out). While it is fun to see Mudd using this technology, it seems like the main reason for the use of this mechanic was a shorthand to further the Burnham/Tyler relationship. 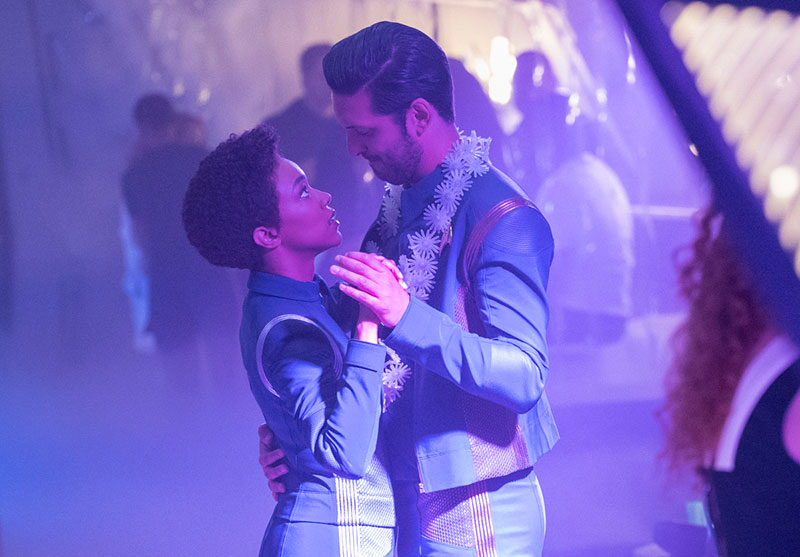 The ending comes off as a bit easy and pandering to fans who know Mudd’s wife Stella from “I, Mudd” (or at least her android replica). Also, the fact that the device Mudd uses to create the loop disintegrates once he closes the loop is very convenient.

Stamets’ actions also seem to change depending on what the plot required him to do. He needed to be aware of the loop to give the crew a chance to break free and spends countless loops working towards that goal, but then gives himself up to Mudd after seeing Tyler die, even though he knows the loop will repeat itself. Prior to that, he doesn’t help Burnham get Tyler on board for no other reason than because they needed alone time to confess their feeling for one another. All the actors involved do their best, but they can’t save this episode. 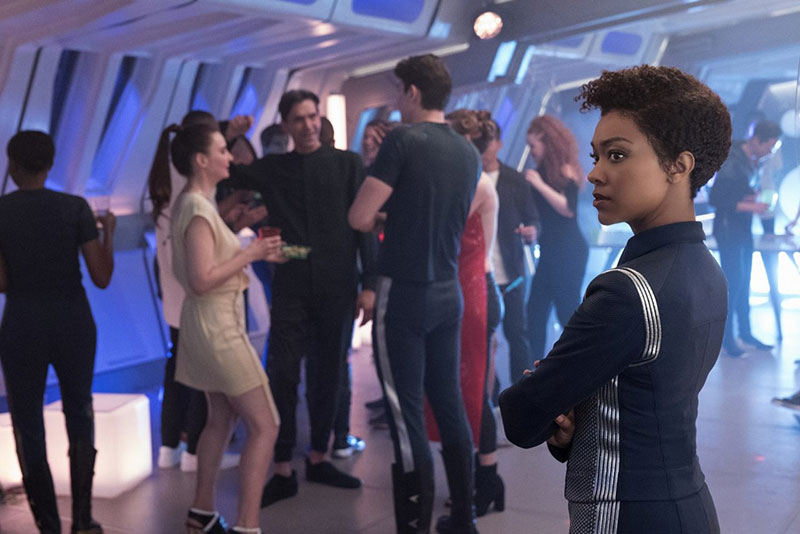 “Magic to Make the Sanest Man Go Mad” marks the 732nd across all Trek series. Even considering the sheer amount of different writers involved, there’s bound to be some repetition from time to time, but strange to see one that so clearly mimics another the way that this episode does with TNG’s “Cause and Effect.” While that is one of its show’s classics, this episode is ultimately a bit sloppy, and probably Discovery‘s weakest thus far.