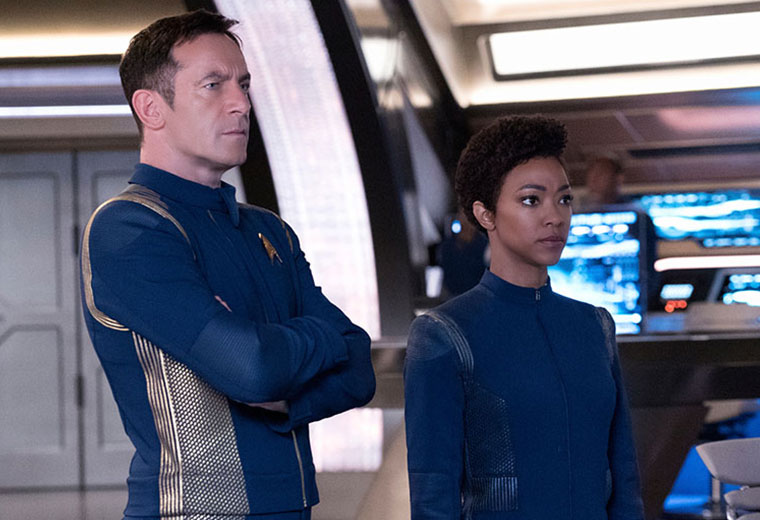 The first episode in what CBS calls Star Trek: Discovery‘s “second chapter,” will be titled “Despite Yourself.”

As we reported last month, Discovery has already been renewed for a second season.

You can read the full press release below.

The second chapter of STAR TREK: DISCOVERY begins with episode 10, “Despite Yourself”:

While in unfamiliar territory, the U.S.S. Discovery crew is forced to get creative in their next efforts to survive opposing and unprecedented forces and return home.

The first eight episodes of STAR TREK: DISCOVERY are currently available to stream on CBS All Access, and episode nine, the chapter one finale, will be available beginning Sunday, Nov. 12 after 8:30 PM, ET.

Following the chapter two debut, all new episodes will be available on demand weekly after 8:30 PM, ET on Sundays exclusively for CBS All Access subscribers in the U.S. The second chapter features the remaining six episodes of season one, with the season finale dropping on Sunday, Feb. 11, 2018.

STAR TREK: DISCOVERY follows the voyages of Starfleet on their missions to discover new worlds and new life forms, and one Starfleet officer who must learn that to truly understand all things alien, you must first understand yourself. The series will feature a new ship and new characters, while embracing the same ideology and hope for the future that inspired a generation of dreamers and doers.

As previously announced, STAR TREK: DISCOVERY will return for a second season with additional details forthcoming.