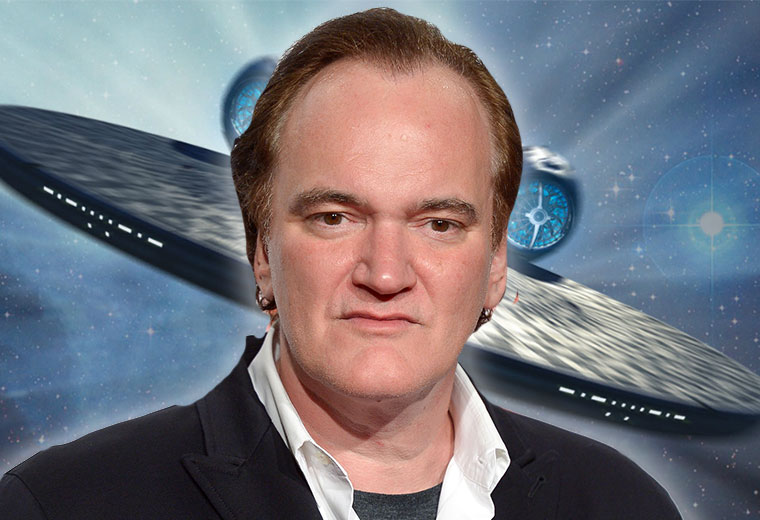 There’s a possibility that Quentin Tarantino could write and direct the next Star Trek film.

According to Deadline, Tarantino has outlined a story for a new Star Trek feature film to J.J. Abrams. Abrams, who is likely busy on pre-production for Star Wars: Episode IX, liked the idea so much that he put plans in place to assemble a writers room to work on a script based on Tarantino’s pitch. If all goes well, the plan is for Abrams to produce and Tarantino to direct.

Tarantino, a Star Trek fan, has put references to Star Trek in his films, including quoting an Old Klingon Proverb in the open of Kill Bill Vol. 1  and making Denzel Washington talk about Scotty in a well documented yet un-credited rewrite he did on Crimson Tide. Tarantino discussed his love of Trek on the Nerdist podcast a few years ago, where detailed what he would do in a Star Trek film, saying first that many TOS episodes could be expanded to feature length, but finally settling on the TNG episode “Yesterday’s Enterprise” as his starting point.

If this happens, it would be a rarity for Tarantino, has the two-time Academy Award Winning screenwriter typically sticks to original material, though he has ventured beyond that on occasion. He’s third film, Jackie Brown, was an adaptation of an Elmore Leonard novel. He also directed episodes of ER and CSI.

Despite his Nerdist ideas, nothing yet is known about his story idea. After the release of last year’s Star Trek Beyond, rumors came out that would have seen Chris Hemsworth reprising his Star Trek role of George Kirk for a sequel where him and the now adult James Kirk team up, but that talk died down following Beyond’s lackluster box office. Deadline made no mention of that plan in their story and it’s unlikely that Tarantino would include that in his pitch.

While both stars Chris Pine and Zachary Quinto are under contract for a forth film, it’s unclear if this film would continue their Kelvin Timeline adventures.

If Tarantino does end up behind the camera, the film may not come out until 2020 at the earliest, as he is currently at work on a movie about the Charles Manson murders, which is currently slated for a 2019 release. In addition, the director has stated on several occasion that he plans to retire after his tenth feature. Using some fuzzy math (he doesn’t count Death Proof or his unreleased first film) he would only have one film left after the 2019 movie.

Would this Star Trek film be his last, or a post-retirement oddity? Would Tarantino’s directing style work with Star Trek? Tell us what you think in the comments below.

In this article:JJ Abrams, Star Trek 4