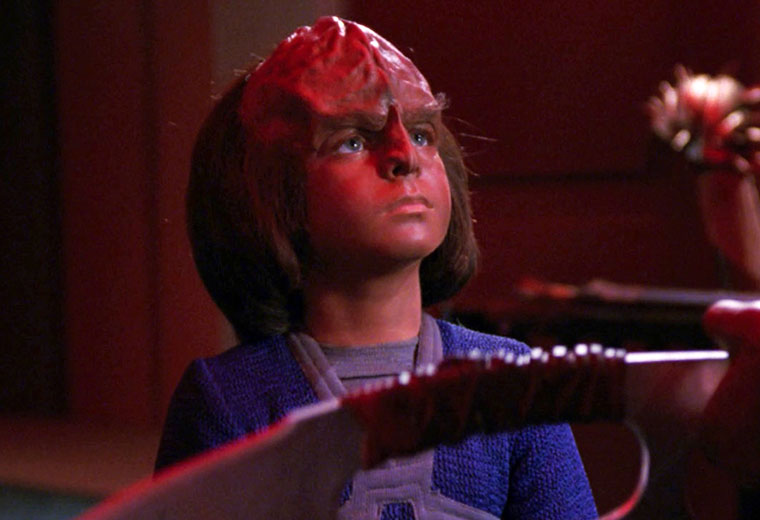 Jon Paul Steuer, who was the first actor to play Worf’s Klingon son Alexander Rozhenko on Star Trek: The Next Generation, has died at the age of 33.

Steuer, who came to be known as Jonny P. Jewels in the Portland rock scene and played in the band P.R.O.B.L.E.M.S. in recent years, died on January 1. As of this posting, the cause of Steuer’s death has not been confirmed.

“It is with heavy hearts and saddened minds that we announce the passing of our dear friend and singer Jonny Jewels, AKA Jon Paul Steuer.” the band wrote in a Facebook post. “The addition of Jonny to our dysfunctional band family was one of the best choices that we have ever made, and he brought a much needed sense of fun and lightheartedness to everything we did. He was only with us for a little more than a year, but we managed to cram a lifetime of great experiences into his tenure as our singer: dozens shows at home in Portland and across several states, an amazing European tour, and our best full-length release yet.”

“We’ve lost our singer, but far, far more than that we’ve lost a friend.
Rest in peace, Jonny…we love you.”

Following his time on TNG, Steuer would go on to play Quentin Kelly on the ABC sitcom Grace Under Fire for three years. The role of Alexander would later be played by actor Brian Bonsall. 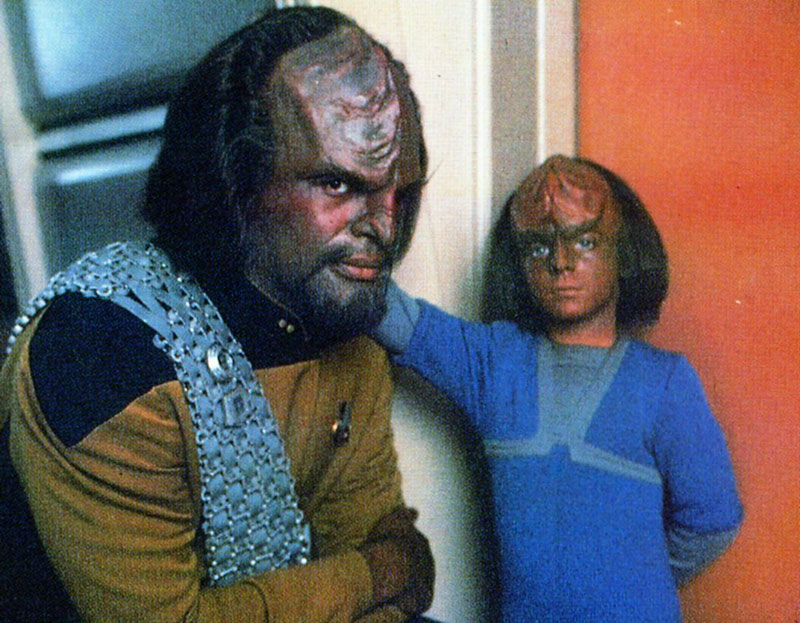 Michael Dorn as Worf with Steuer on the set of Star Trek: The Next Generation 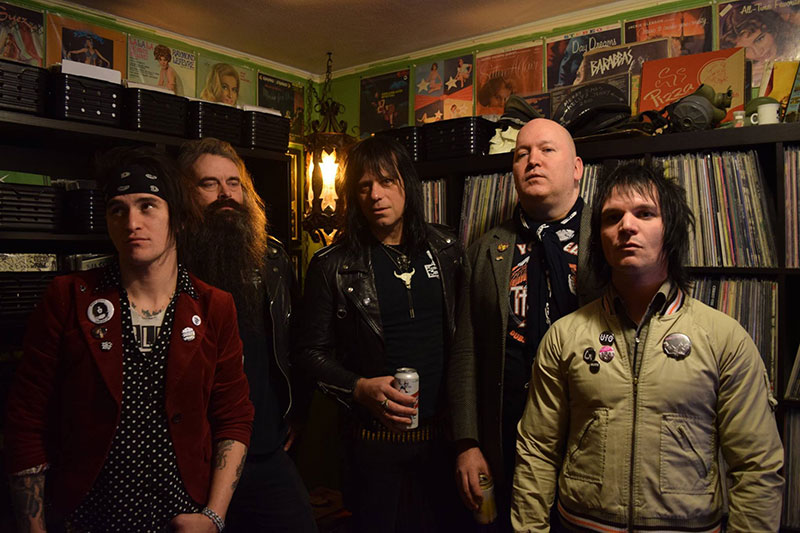 Our thoughts and condolences go out to Steuer’s family, friends, bandmates and fans.