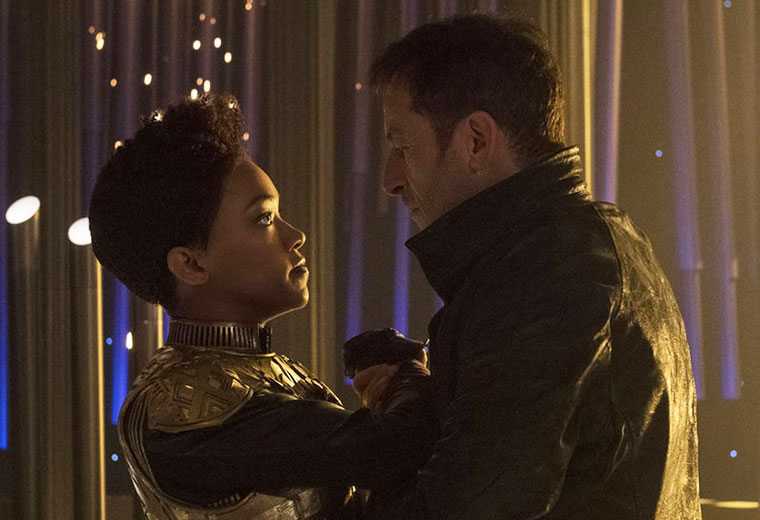 This week, Star Trek: Discovery went full steam ahead with its jaunt through the Mirror Universe. One would be forgiven if they thought “What’s Past is Prologue” was the show’s season finale, as some major plot lines (and characters) were brought to an end in a bombastic way. But alas, Michael Burham and crew still have some challenges to overcome after escaping the Mirror Universe. Let’s talk about that escape, yeah? 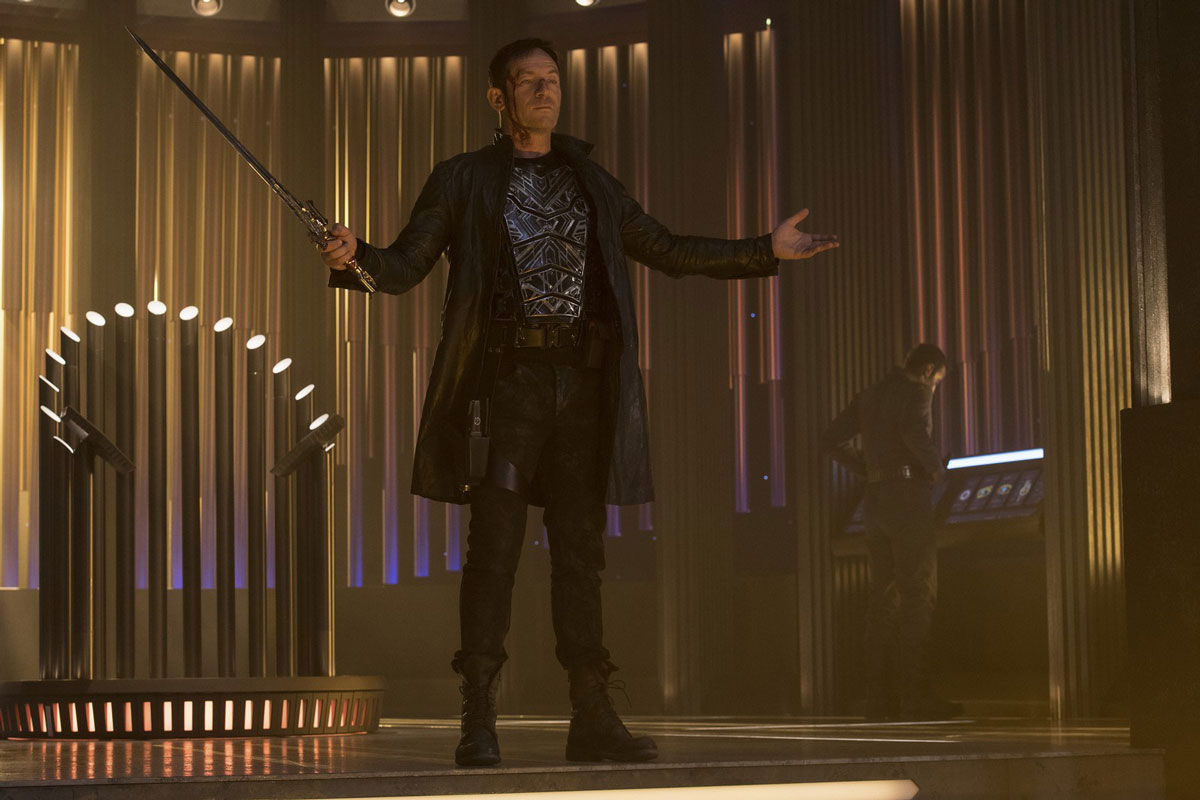 Arguably the biggest moment of the episode came when Mirror Lorca’s attempted coup met a fiery end at the hands of a revengeful Emperor Georgiou. After an intense firefight in the Charon’s corridors and in its throne room, Lorca and his merry band of followers couldn’t overcome an explosive last-minute intervention by the Discovery and Burham and Georgiou’s alliance. Credit to Jason Isaacs for portraying the conclusion of Lorca’s long game so well; his anti-Federation speech to Michael is the representative scene for his character. And Isaac’s acting job in his character’s final moments is perfectly illustrative; you could see the regret, lost opportunity, and steely fire in his eyes as he fell through the throne room’s trap door to meet his sweltering demise in the spore reactor. It was a fitting end to a character who so manipulated Stamets into utilizing the spore network, and who was obsessed with using the network to return home. 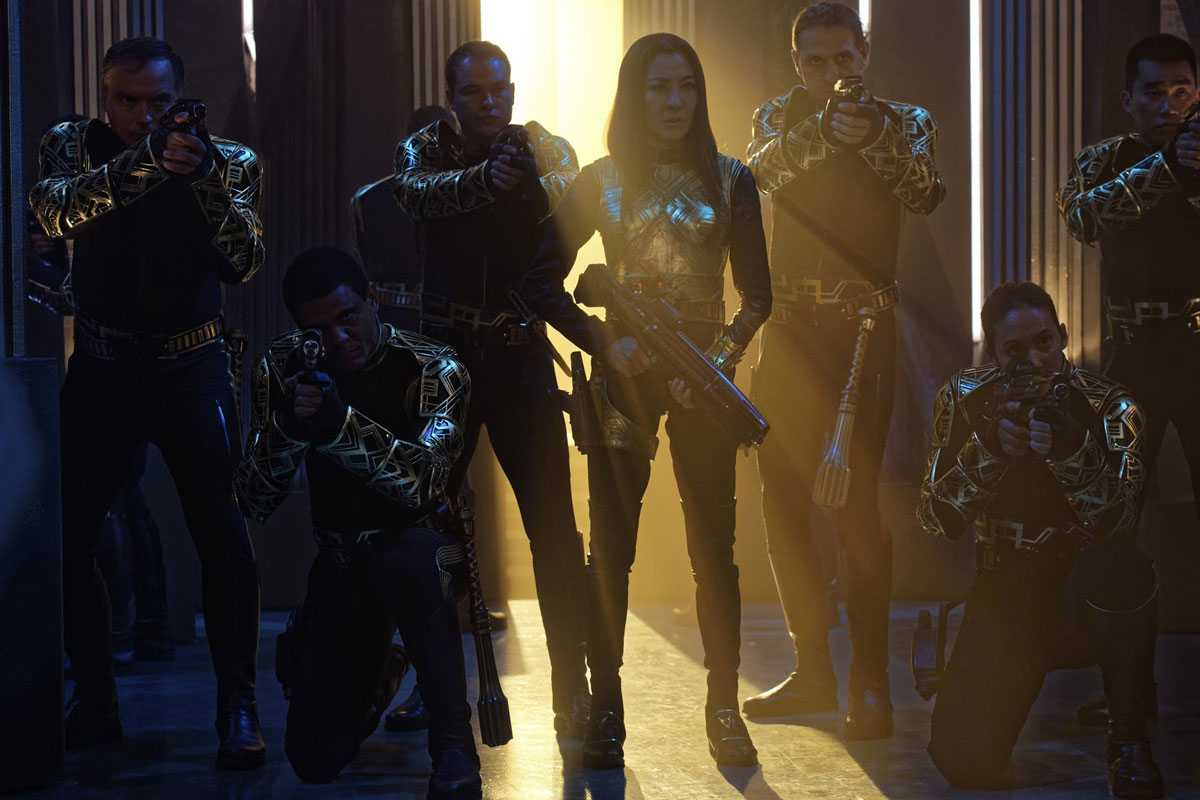 The episode’s other major character moment came from Saru; if there was any doubt he was a capable captain, this episode put that to rest. He had several noteworthy scenes, including his “coming of death” speech to the Discovery crew before heading into battle. It was a well-executed callback to the season’s first episode, where Saru told Michael he sensed the coming of death before the Battle of the Binary Stars. The Kelpien also offered an outstanding performance in the heat of battle, barking orders and portraying confidence within a dangerous plan. With Lorca dead, Saru seems to have cemented himself as Discovery’s captain, a well-earned place after the escape from Mirror Universe. This also means ostensibly that Michael will become first officer, a promise finally fulfilled after the show’s producers teased her position in the earliest days of Discovery’s production. 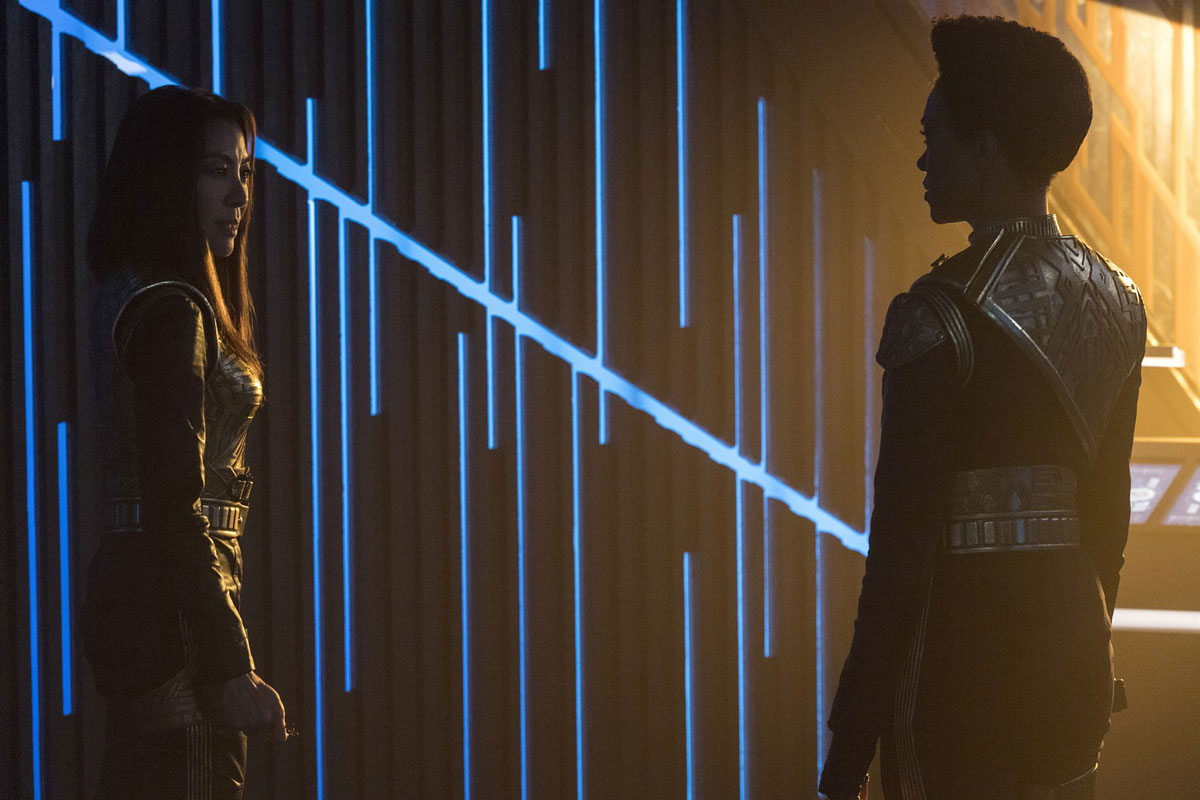 But until that happens, there are other events to consider. At the end of this episode, the Discovery has jumped back to its universe, but nine months after they left. We see a map of the Klingon War as it has progressed in those nine months, and things aren’t looking good for the Federation. And with Emperor Georgiou onboard the ship after Michael’s last-minute rescue, we’ll see how her presence plays a role in solving the Klingon War. And strangely, we saw nothing of Tyler or L’Rell in this episode, so there’s still that relationship to resolve. 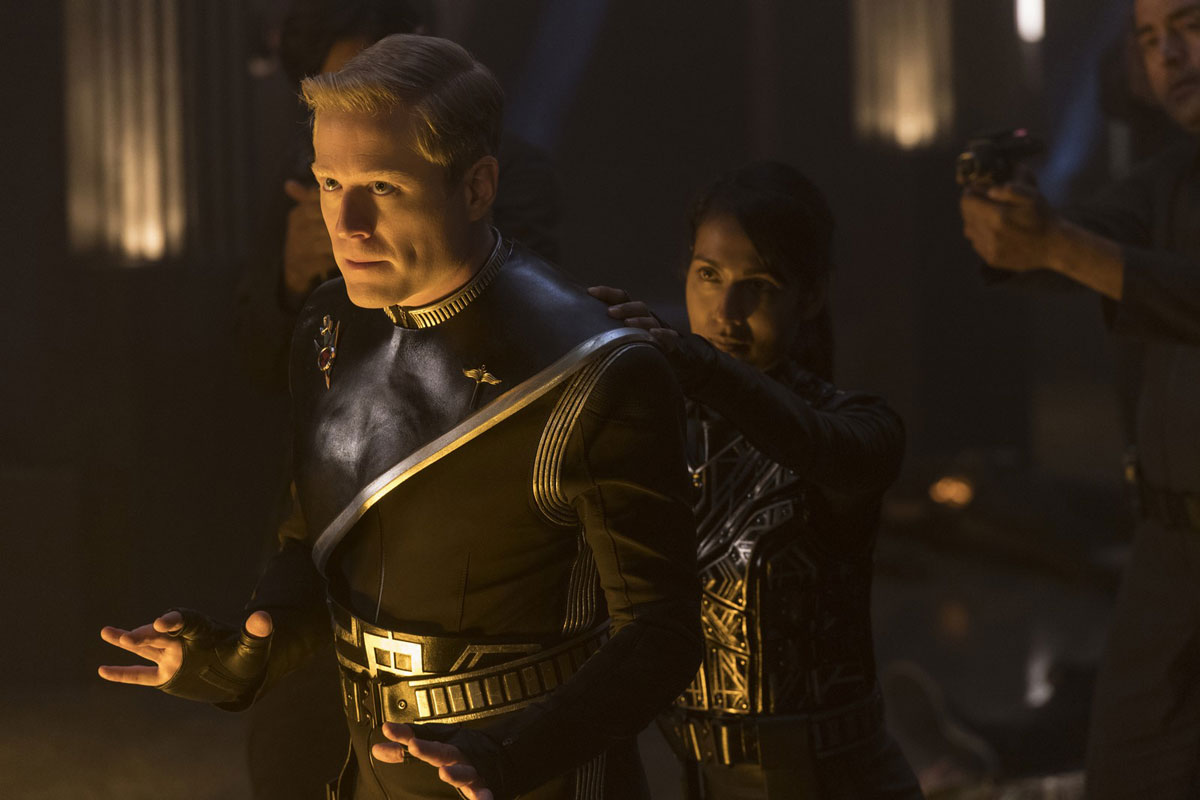 “What’s Past is Prologue” also featured a kick-ass battle scene as Discovery rescues Michael and destroys the Charon. We saw more of the Discovery, in this single sequence than we probably ever have before. Who doesn’t love a nice head-on shot of the hero ship as the bad guys look toward their incoming demise? We also saw more ensemable work from the bridge crew of the Discovery than ever before; more scenes like that could go a long way to help Discovery’s secondary characters become work than background people. And in contrast to this hectic battle scene, afterwards we witnessed a calm, almost hypnotic tour (guided by love, interestingly) through the mycelial network, which made for a nice insight into the network Discovery’s been using through the entire show.

Taken together, these moments helped make “What’s Past is Prologue” one of the most exciting and eventful episodes yet. We say goodbye to Lorca, an incredibly interesting and well-portrayed character who helped shine a light on the Federation’s flaws and humanity’s faults. We say goodbye to the Mirror Universe, a journey that portrayed that infamous universe in more detail than ever before. Looking forward, we’ll see if these last two episodes follow in the large footsteps director Olatunde Osunsanmi and writer Ted Sullivan have placed. One thing is clear, though: Discovery is certainly not finished with its trek through the stars.

Stray Thoughts from “What’s Past is Prologue”:

What did you think of the latest episode of Discovery? Let us know in the comments below.