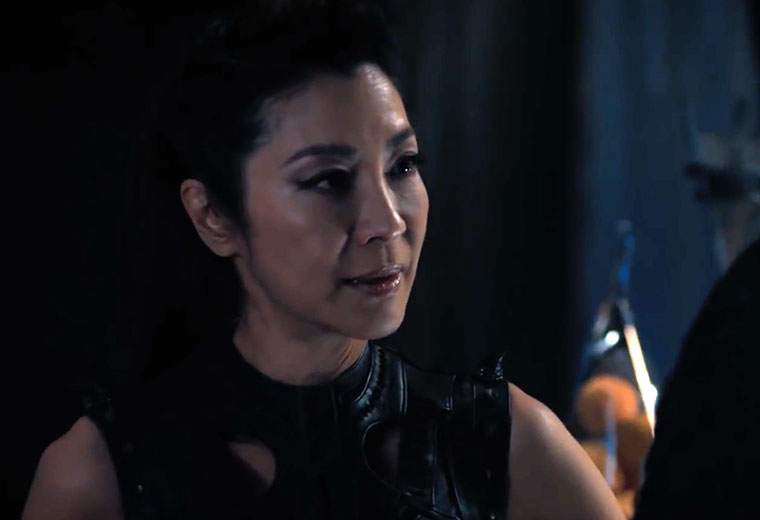 During Saturday’s “Visionaries” panel at WonderCon in Anaheim, California, Star Trek: Discovery creators gathered to discuss the first season of the series, what’s in store for the second season — and also gave us our first loom at what Executive Producer Aaron Harberts called a “secret scene”

We’ll have a recap of the panel here in TrekNews.net soon, but for now, check out the scene featuring Michelle Yeoh And Alan Van Sprang, that was originally intended for the first season finale, below.

In this exclusive bonus scene from the finale of Star Trek: Discovery Season 1, Mirror Philippa Georgiou (Michelle Yeoh) is approached by Leland (Alan Van Sprang) from a familiar organization.