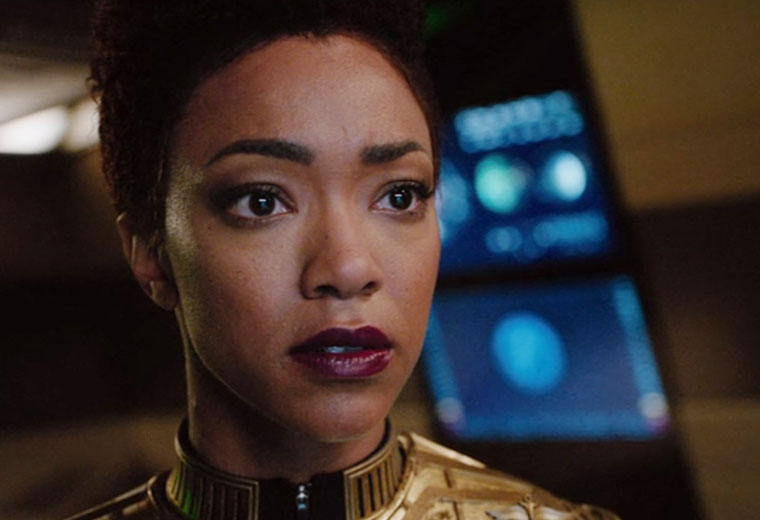 The award nominations for Star Trek: Discovery keep on coming, as it has been announced that the latest iteration of live-action Star Trek has received a Peabody Awards nomination in the Entertainment category.

The award winners in the Entertainment category will be revealed later this week on April 19, with the the winners attending a gala event at Cipriani Wall Street in Manhattan on May 19.

“So unbelievably proud.” series star Sonequa Martin-Green remarked on Twitter, as she and other Star Trek: Discovery cast and crew members expressed their excitement about the prestigeous nomination.

So proud of my Disco fam for the Peabody nomination. So unbelievably proud. 🖖🏽❤️ pic.twitter.com/DlGLzGSAgf

SO THIS IS PRETTY FUCKING COOL. https://t.co/73h8K2DviR

WOW! @startrekcbs has been nominated for the #PeabodyAwards! So VERY PROUD of my peeps! Killing it! 🖖🏽 https://t.co/8eSqcqNO5j

The Star Trek: The Next Generation episode “The Big Goodbye” won the George Foster Peabody Award for excellence in television broadcasting in 1987 — making it the first hour-long drama to win a Peabody Award in that category and the first for any Star Trek series.

Discovery has also been nominated for five Saturn Awards, a GLAAD Award and a Hugo Award. Actor Jason Isaacs has won an Empire Award for his work on the series as Captain Gabriel Lorca.