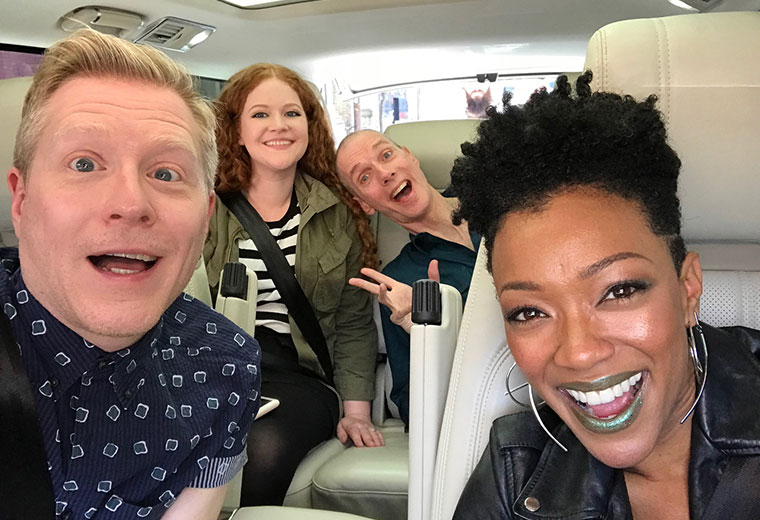 While we don’t have an exact date the episode will air, it’s expected to be released on the AppleTV app (for AppleTV and iOS devices) in the next few weeks. We’ll keep you updated as soon as an airdate is made available.

Martin-Green and Anthony Rapp (along with the official Discovery account) expressed their excitement by posting group photos on Twitter.

Carpool Karaoke originated on The Late Late Show with James Corden and was hosted by James Corden. Apple purchased worldwide rights to the series in 2016 and premiered in August 2017 for Apple Music subscribers.