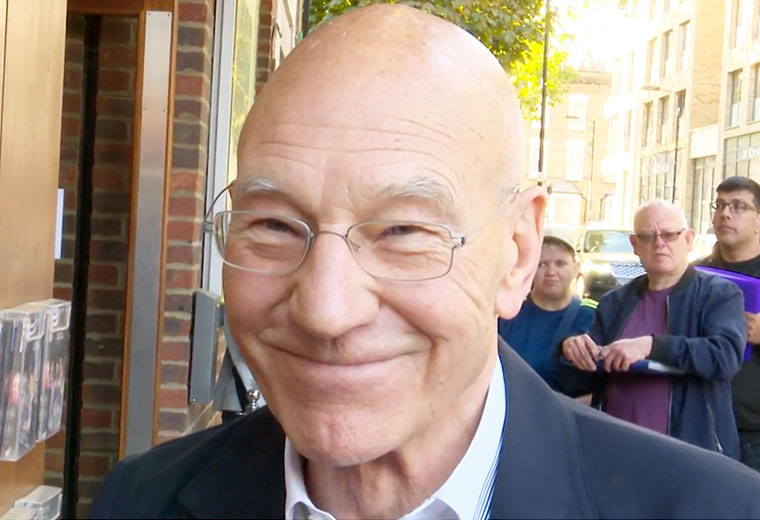 Patrick Stewart hasn’t played the role of Captain Jean Luc-Picard since the 2002 film Star Trek: Nemesis. That could all change in the very near future as the rumor mill has been churning with a possible guest starring role for the 77-year-old actor on the latest iteration of the franchise, Star Trek: Discovery.

When asked if he’s seen Discovery, during a recent interview with Red Carpet News, Stewart coyly answers with a smile, saying:

No — I haven’t. But I may have good course to look at it very soon.

You can watch the short interview with Patrick Stewart below.

How do you think Captain Picard would fit into Discovery? Do you like the idea? Tell us in the comments section below.