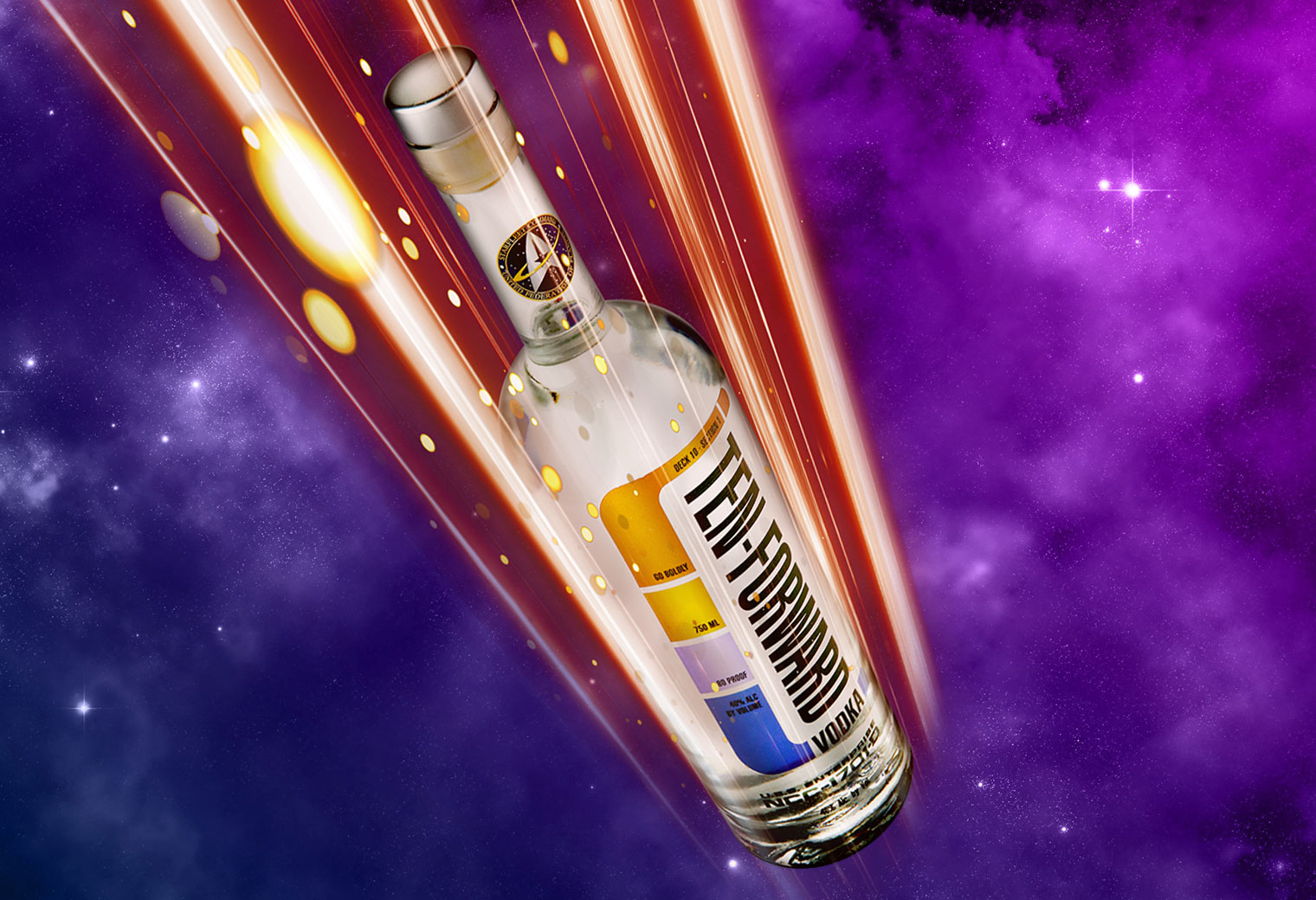 Distilled six times from American grain, and filtered through hardwood charcoal, according to Silver Screen, Ten-Forward Vodka was “inspired by the lounge on board the U.S.S. Enterprise-D from Star Trek: The Next Generation” and is “soft and delicate enough to drink straight or mixed into your favorite cocktail.”

The label that appears on each bottle was designed by Star Trek veteran and graphic design extraordinaire Michael Okuda.

Each bottle of Ten Forward Vodka will be priced at $29.99 and will be available later this year on TenForwardVodka.com. 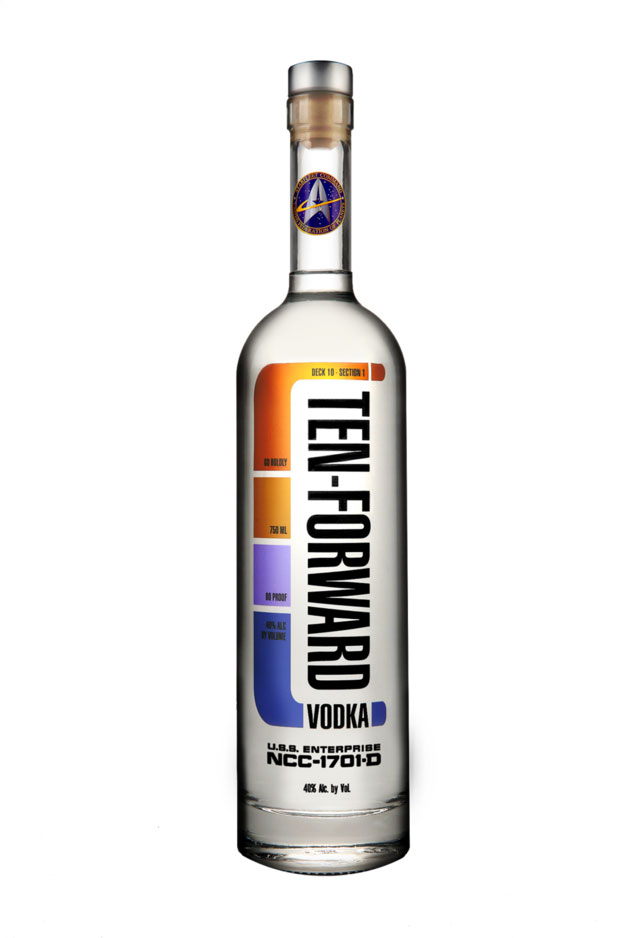