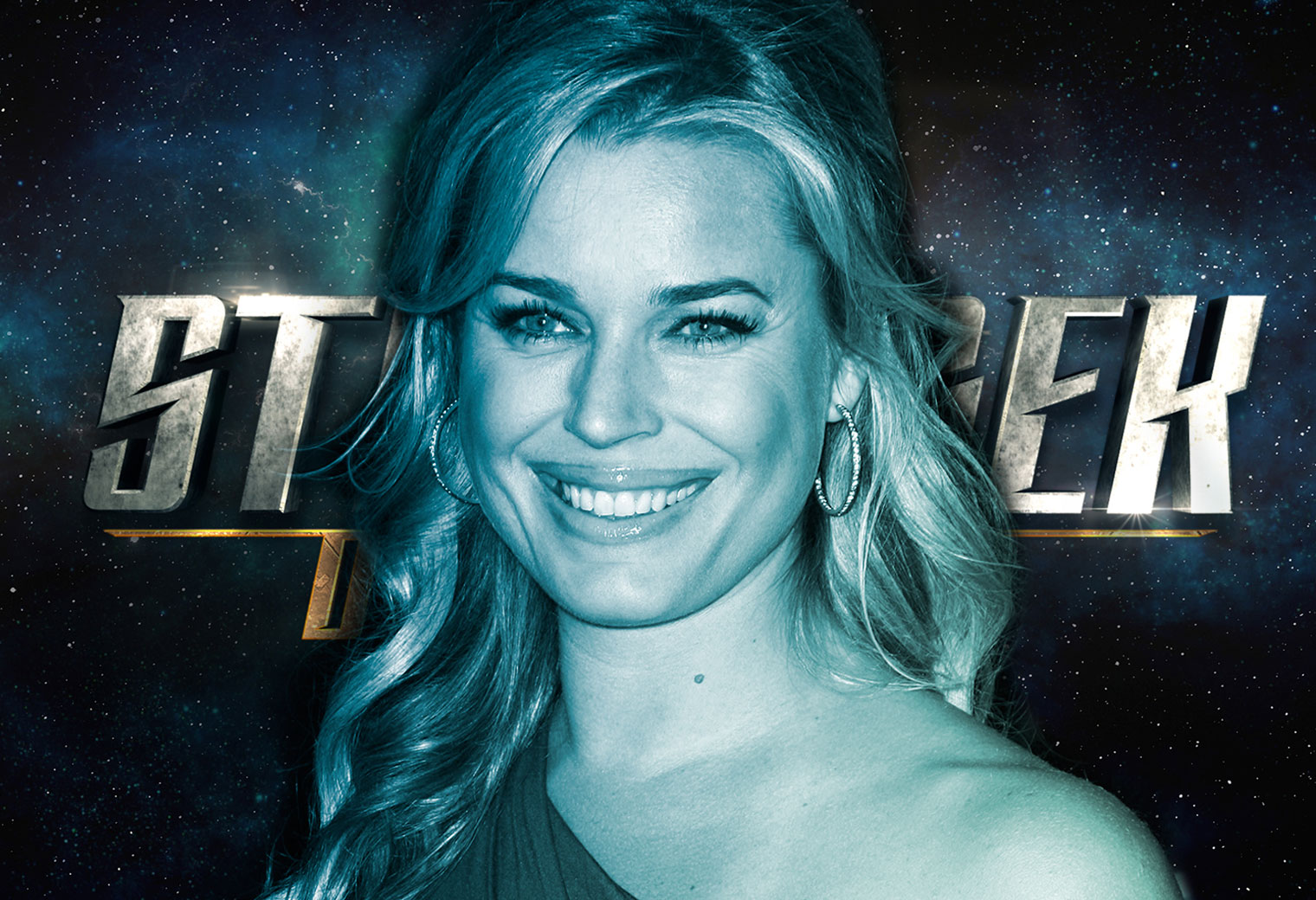 With the news of Rebecca Romijn joining the cast of Star Trek: Discovery to play “Number One” in the series’ second season, the former X-Men actress recently discussed her excitement about the role, her admiration for Majel Barrett-Roddenberry and being a self-proclaimed Trekkie.

Speaking with ET, Romijn said she was given minimal details about the role and didn’t initially know who she would be playing.

“I was asked if I’d be interested in a somewhat iconic role in the series and I jumped at the chance,” Romijn said. “I was a Trekkie as a kid with the original series. After I was filled in with all the details — after I said ‘yes’ — oh man, I was floored. It was amazing.”

The casting was first revealed by Anson Mount, who will be playing Captain Christopher Pike in season two, at San Diego Comic-Con, earlier this month. Romijn would later acknowledge the news with an Instagram post of her hands holding a Starfleet delta insignia. In the photo, you can see her shirt sleeve’s color is reminiscent of the tunics Jeffrey Hunter wore in the original pilot episode “The Cage” and William Shatner wore as Kirk in The Original Series.

Just call me “Number One!” Honored to play such an iconic character in #StarTrek Canon originally played by the First Lady of Star Trek, Majel Barrett-Roddeberry! #StarTrekDiscovery 🖖

“When they fit me, they fit me in the original gold uniform from Enterprise because Discovery takes place 10 years before the original series,” she said. “But when they fit me for that uniform, I was teary-eyed. Because Enterprise was shot in the ‘60s, we’ve gone with a little bit of a ‘60s flair, which is great. And being there on set, there’s a ‘60s vibe on set. The production is amazing. Just walking through the stages up there, it’s gorgeous — really, really beautiful sets.”

“I’m working with Anson Mount, who plays an amazing Captain Pike, and we have discussed Mr. Spock. Mr. Spock has been a topic of conversation,” she said.

Of course, we learned at the Star Trek: Discovery panel at SDCC that the character of Spock will have a presence on the series when it returns in early 2019.