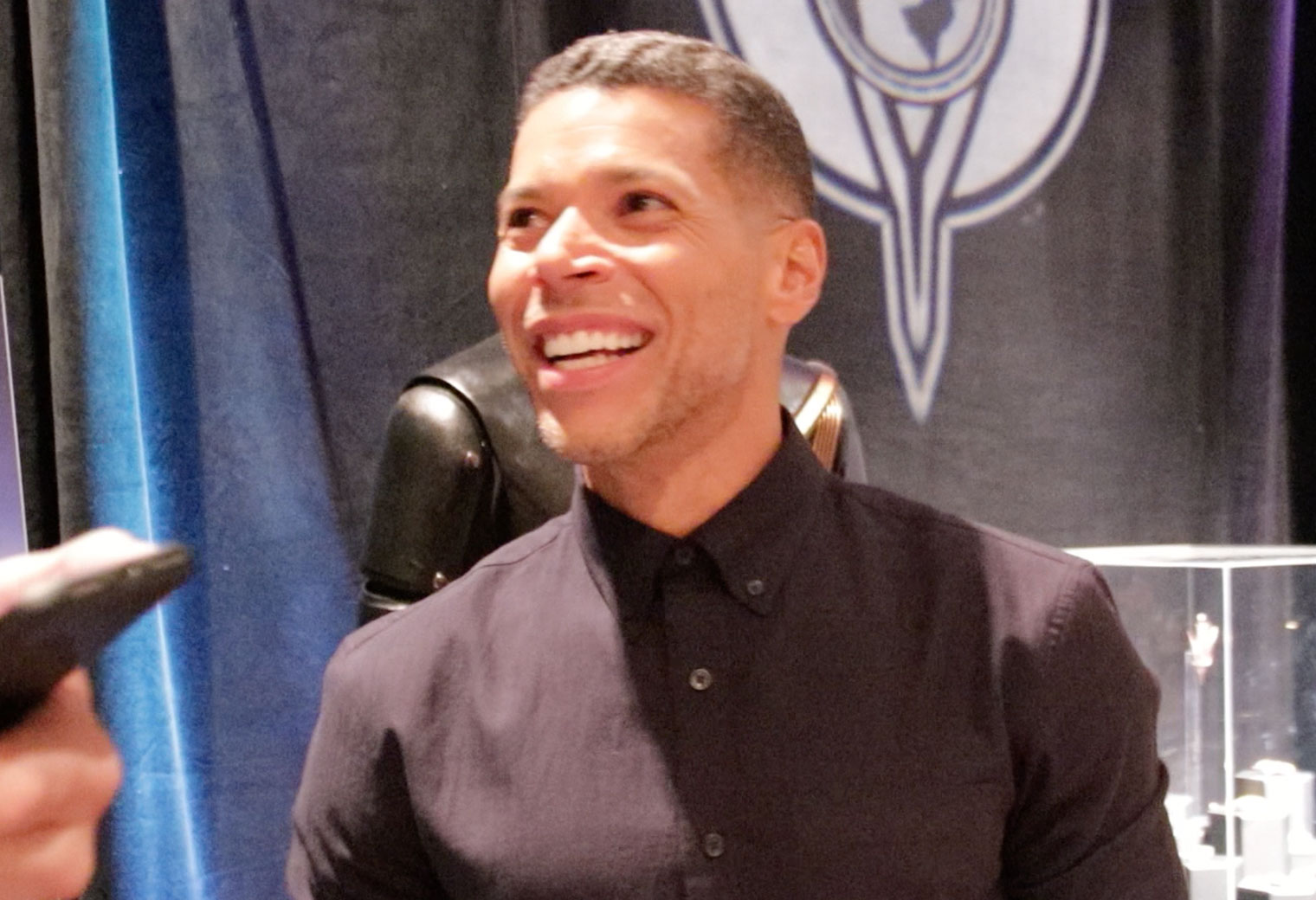 TrekNews.net caught up with Star Trek: Discovery star Wilson Cruz during Star Trek Las Vegas. In our exclusive interview, Cruz discussed the importance of being part of Star Trek‘s first gay couple on television, Culber’s return in season two, the possibility of more LGBTQ characters on the series, and more.

“We’re aware of the responsibility of being the first gay couple in the [Star Trek] TV franchise—and because of the that, we take it very seriously, and we take this relationship very seriously… and we’re responsible for what’s being put on the screen.” Cruz told us.

Asked if he’d like to see another aspect of the LGBTQ community represented in Star Trek, Cruz said: “I think it’d be great to see some bi characters… a trans character would be amazing.”

Cruz went on to talk about his character Dr. Hugh Culber’s death, on-screen relationship with Paul Stamets (played by Anthony Rapp) and how it’s only just begun.

“After my character was killed, that was the end of a chapter in their story. That was not the end of their story. It’s a long book, and that was chapter one. We promised you guys an epic love story. We are delivering an epic love story. To say that I’m excited about what we’ve already done and what we’re about to do is an understatement. It’s everything that I’d want it to be.”

Stay tuned to TrekNews.net for more exclusive interviews with Star Trek: Discovery cast members, along with photos and reports from STLV.