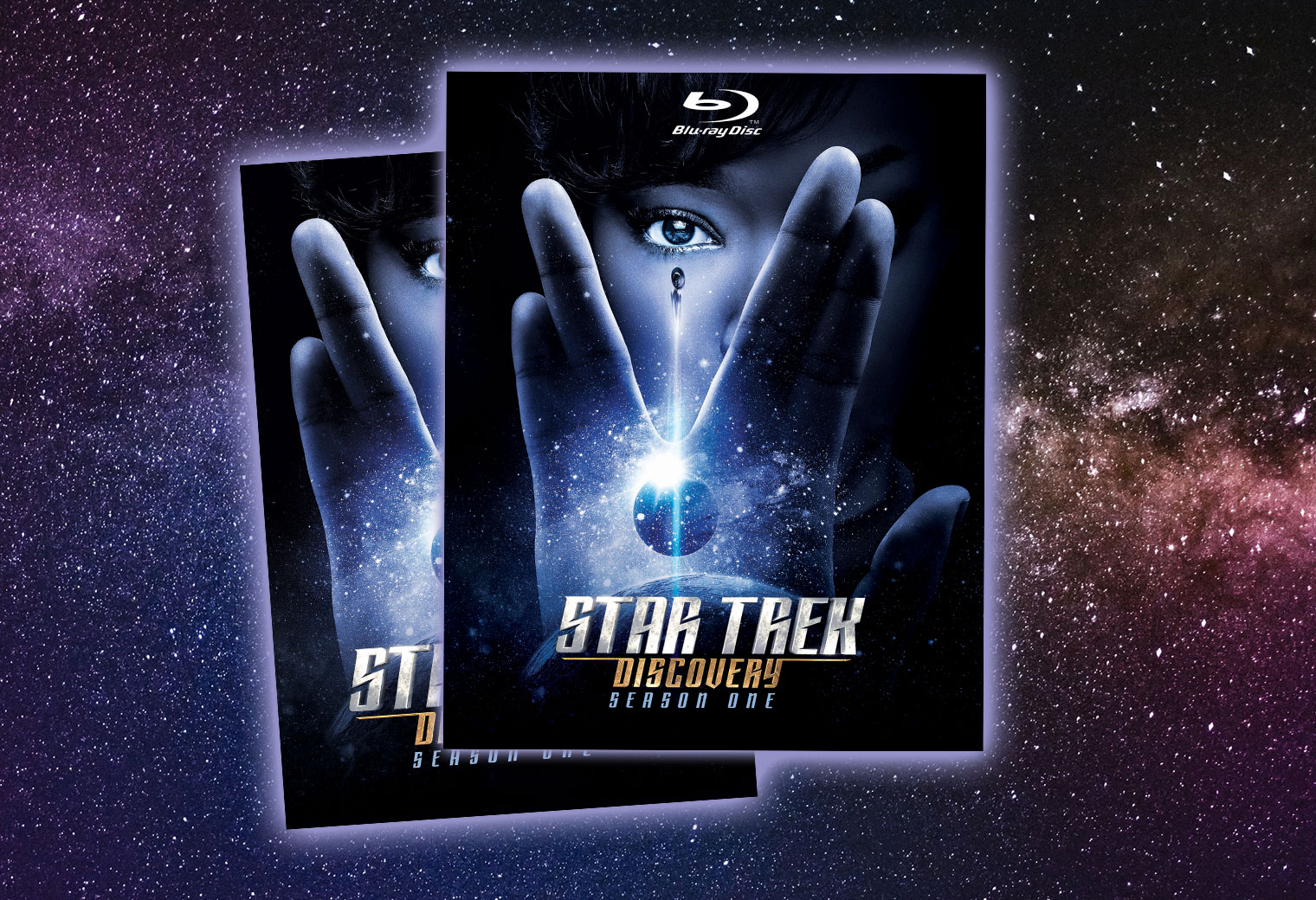 We now have a full list of bonus features that will appear on the upcoming Star Trek: Discovery Season One Blu-ray and DVD release.

As announced at Star Trek Las Vegas last weekend, the 15-episode first season of Discovery will come packed with over two hours of bonus material, that we now know will include cast and crew interviews, behind-the-scenes footage, along with deleted and extended scenes.

Check out the full feature list in the press release below.

Pre-order Star Trek: Discovery – Season One on Blu-ray and DVD

Pre-orders are now available on Amazon:

Blu-ray And DVD Collections Of Acclaimed CBS All Access Original To Feature Interviews With Cast And Crew, Behind-The-Scenes Footage, and Deleted and Extended Scenes

HOLLYWOOD, Calif. (August 6, 2016) – Marking the return of one of the most iconic and influential global television franchises in history, the debut season of STAR TREK: DISCOVERY: SEASON ONE arrives on Blu-ray and DVD November 13 from CBS Home Entertainment and Paramount Home Media Distribution. The four-disc Blu-ray and DVD collections will feature all 15 Season One episodes of the CBS All Access original series, along with a trove of compelling featurettes and other special features.

From VFX to set design, composing the series’ score to make-up and prosthetics, the special features will provide an unprecedented look at the making of STAR TREK: DISCOVERY.

DISCOVERING DISCOVERY: THE CONCEPTS AND CASTING OF STAR TREK: DISCOVERY – Interviews with producers, writers and stars of Star Trek: Discovery about casting of the debut season.

THE STAR TREK THEME – A discussion with Executive Producer Alex Kurtzman and Composer Jeff Russo about creating the Discovery theme and score for the show.

CREATURE COMFORTS – A behind-the-scenes look at the makeup and prosthetics department on Star Trek: Discovery, as they both modernize
well-known Star Trek species like the Klingons, Vulcans and the Andorians, and bring to life a new species, the Kelpiens.

DESIGNING DISCOVERY – Insight into the production design department led by Tamara Deverell as they create the planets, the world within those worlds and the starships to travel amongst them.

CREATING SPACE – An exploration of how the VFX team, headed by Jason Zimmerman, pushes the envelope to create the reality of space, planets, and starships for Star Trek: Discovery.

PROP ME UP – Led by Propmaster Mario Moreira, a voyage through the world of Discovery props, providing an inside look at the design process from inception to set.

FEEDING FRENZY – A fascinating look at the on-set food stylist who creates a galaxy of cuisine.

DRESS FOR SUCCESS – Costume Designer Gersha Phillips and her team create a spectacular array of clothing, uniforms and armor for every kind of species in the galaxy.

STAR TREK DISCOVERY: THE VOYAGE OF SEASON ONE – A look at the adventures and plot twists encountered in the first season by the crew of the Discovery.

In addition, both the STAR TREK: DISCOVERY: SEASON ONE Blu-ray and DVD collections will include deleted and extended scenes.

Stay tuned to TrekNews.net for more in information on Star Trek: Discovery Season 1 on Blu-ray and DVD.