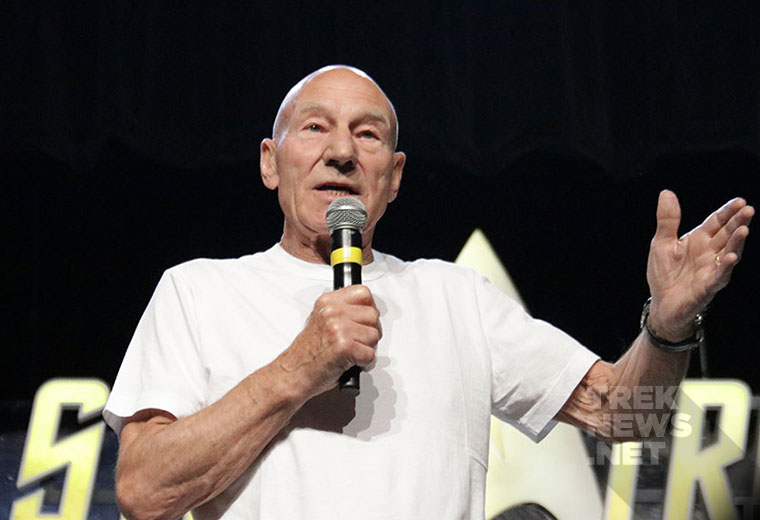 By now, you’ve undoubtedly heard the news — Patrick Stewart is coming back to Star Trek. As the 78-year-old actor said himself, last Saturday at Star Trek Las Vegas, “Jean-Luc Picard is back!”

CBS has now released the full video of Stewart’s announcement, along with Star Trek: Discovery executive producer Alex Kurtzman welcoming him to the stage.

As we learned last weekend, Stewart will return to the role of Jean-Luc Picard, 20 years after the events of Star Trek: Nemesis. From what he said while on stage, the story is still being worked out but he may no longer be a Captain, as we last saw him on the big screen in 2002.

Stay tuned to TrekNews.net for on the new Jean-Luc Picard series, the latest on Star Trek: Discovery, and more! Connect with us on social media: @TrekNewsNet on Twitter, @TrekNews on Facebook, and @TrekNews on Instagram.

In this article:Patrick Stewart, Star Trek: The Next Generation, STLV