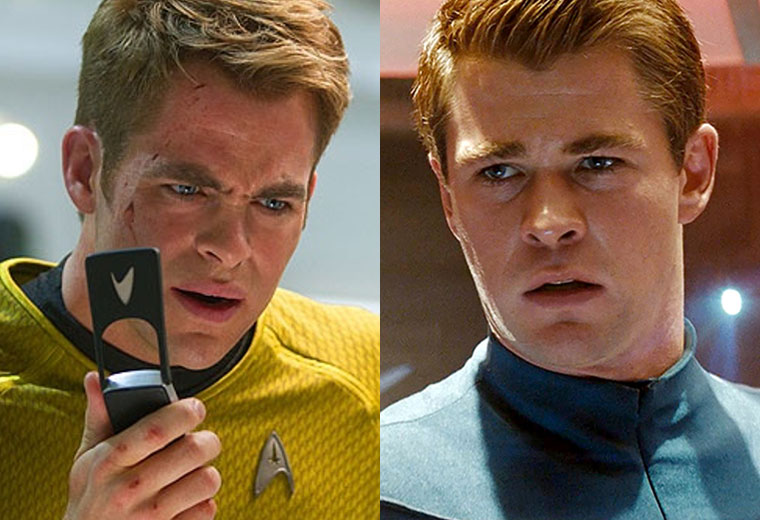 The fourth Kelvin timeline Star Trek feature film may be in jeopardy, as negotiations with two of the planned film’s stars, Chris Pine and Chris Hemsworth, have broken down with Paramount Studios and Skydance Media.

According to The Hollywood Reporter, both sides have—at this point—walked away from the negotiation table leaving what would have been the next installment of the film series without two of its biggest names. If terms were agreed upon with Pine and Hemsworth, it was expected that negotiations with Pine’s fellow castmembers — Zoe Saldana, Zachary Quinto, Karl Urban, Simon Pegg and John Cho — would follow.

It was announced that Chris Pine would return to the role of Captain Kirk, which he’s played in the three previous films and Chris Hemsworth to return as his (possibly time-traveling father) George Kirk, a role he last played in the 2009 reboot, following the release of Star Trek Beyond in July of 2016. Hemsworth even went on record last year, saying he discussed the role with J.J. Abrams and that “he has an amazing pitch on the whole thing.”

Money seems to be at the root of the issue. Both Pine and Hemsworth have been part of DC and Marvel blockbuster films (Pine as Steve Trevor in the Wonder Woman franchise and Hemsworth as Thor in the Marvel Cinematic Universe) and are said to be asking Paramount to stick to the existing agreements. According to THR’s sources, the duo insists they have deals in place but it’s the studio that’s trying to lower those numbers, citing Star Trek Beyond‘s less-than-expected box office return.

Of course, this puts Paramount in an awkward situation. A situation that leaves them with a few interesting choices: They could recast one or both of the actors and move forward with the original plan. They could take the film franchise in an entirely new direction. Or, attempt to bring the involved parties back to the table in hopes of a deal that would put them both into the intended roles.

J.J. Abrams’ original 2009 Star Trek film brought in $386 million, while 2013’s Star Trek Into Darkness clocked in at $467 million, and 2016’s Star Trek Beyond made $343 million, a substantial decline that may have the studio a little gun-shy on expenditures.

Where would you like to see the Star Trek film franchise go from here? Tell us in the comments below.