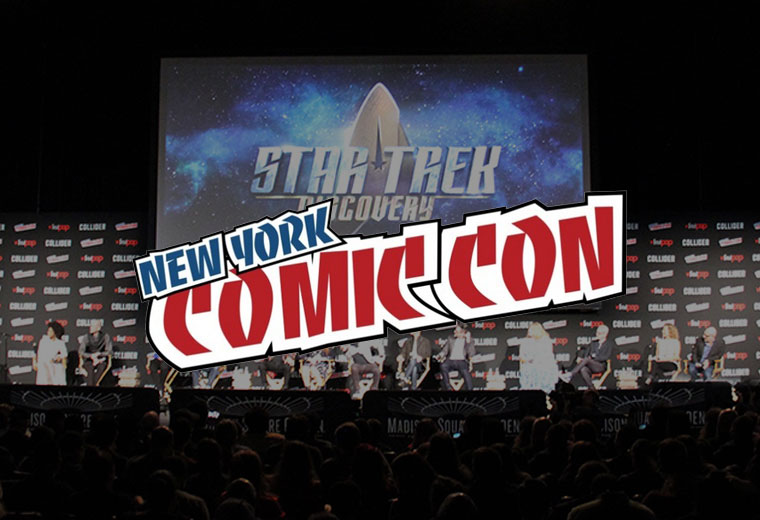 The cast and crew of Star Trek: Discovery will return to New York Comic Con, for the second year in a row, with a panel taking place at the Theater at Madison Square Garden on Saturday, October 6 at 4:00 pm.

While specific names have yet to be announced, it’s safe to assume that a majority of the series’ stars will be in attendance. Sonequa Martin-Green, Doug Jones, Anthony Rapp, Mary Chieffo, Shazad Latif, Mary Wiseman were all featured on the promotional graphic that was shared by CBS on Twitter and Facebook on Thursday.

#StarTrekDiscovery is coming to @NY_Comic_Con! 💫 Join us on Saturday, Oct. 6 at 4:00pm in the theater at Madison Square Garden! #NYCC pic.twitter.com/0m9bAM9Qms

As were we last year, the TrekNews.net crew will again be in attendance to cover the event and any announcements live from NYC.