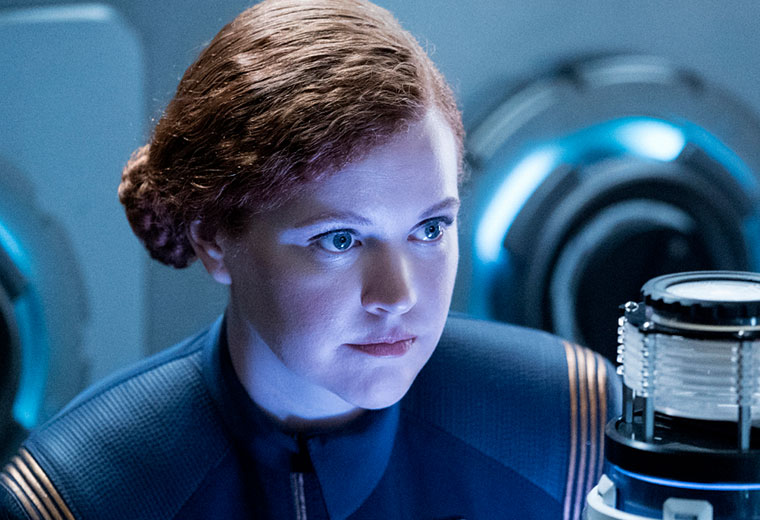 Star Trek: Short Treks to debut on CBS All Access in October

Star Trek: Short Treks, the new stand-alone series of short stories, is set to debut on CBS All Access on Thursday, October 4.

The new series, which was announced in July at San Diego Comic Con, will run 10-15 minutes each will roll out on the streaming service monthly and will explore facets of characters in the Star Trek: Discovery universe. Series stars Mary Wiseman (Tilly), Doug Jones (Saru), and Rainn Wilson (Harry Mudd), will all be featured in episodes, along with newcomer Aldis Hodge, who will play a character named Craft.

Premiere dates and descriptions for each episodes below.

Onboard the U.S.S. Discovery, Ensign Tilly (Mary Wiseman) encounters an unexpected visitor in need of help. However, this unlikely pair may have more in common than meets the eye.

After waking up in an unfamiliar sickbay, Craft (Aldis Hodge) finds himself on board a deserted ship, and his only companion and hope for survival is an A.I. computer interface.

Before he was the first Kelpien to join Starfleet, Saru (Doug Jones) lived a simple life on his home planet of Kaminar with his father and sister. Young Saru, full of ingenuity and a level of curiosity uncommon among his people, yearns to find out what lies beyond his village, leading him on an unexpected path.

Harry Mudd (Rainn Wilson), back to his old tricks of stealing and double-dealing, finds himself in a precarious position aboard a hostile ship – just in time to try out his latest con.