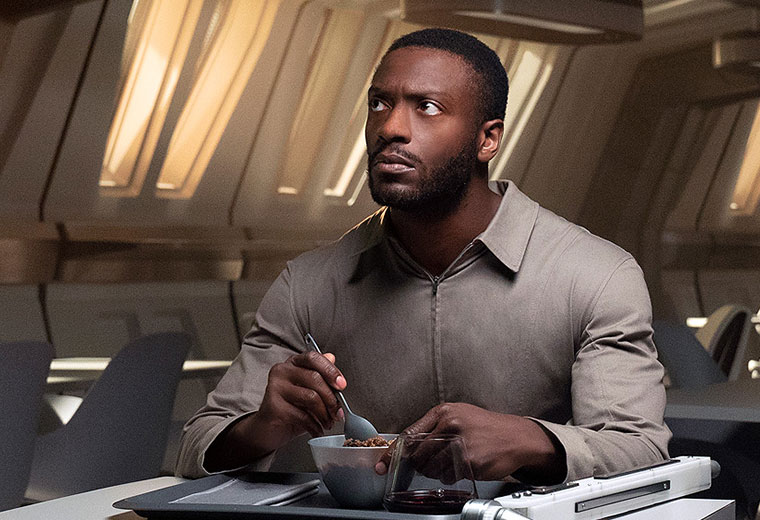 Fans chomping at the bit for season two of Star Trek: Discovery have something to help satiate that longing: short stories. It’s a new format for the Star Trek franchise, and Short Treks got off to a pretty good start with one of Discovery’s standout characters, Sylvia Tilly, but the second episode, “Calypso,” introduces us to a brand-new character in a brand-new time, all to exceptionally charming and resonating results.

In the 33rd century (which may just be the farthest into the future we’ve seen in the Star Trek universe), a man named Craft flies through space in an escape pod and is suddenly caught in the tractor beams of the Discovery, which has apparently been adrift all this time. The ship is empty save for its resident artificial intelligence named Zora. Over the episode’s 17-minute runtime, the two develop a semi-romantic relationship charmingly centered around the 1957 film Funny Face before Craft decides he must head back to his homeworld and to his family.

This episode packs a lot in a short amount of time, an accomplishment which is, in a word, fantastic. We get a tiny glance into the distant future, as the Federation still exists (and still values old black-and-white cartoons like Betty Boop) and is apparently in conflict with Craft’s world, a conflict where he was able to steal a Federation escape pod. Unlike the previous Short Trek, this episode doesn’t feel like it is short-changing any character development in service of its runtime. Zora is instantly charming and emotive thanks to a standout vocal performance from Annabelle Wallis, and Craft actor Aldis Hodge nicely portrays a man longing for home and weary of war who falls for the sweet-talking and lonely artificial intelligence. It’s a fascinating setup to a classic love story, and the results will keep the viewer thinking about it long after the episode finishes. 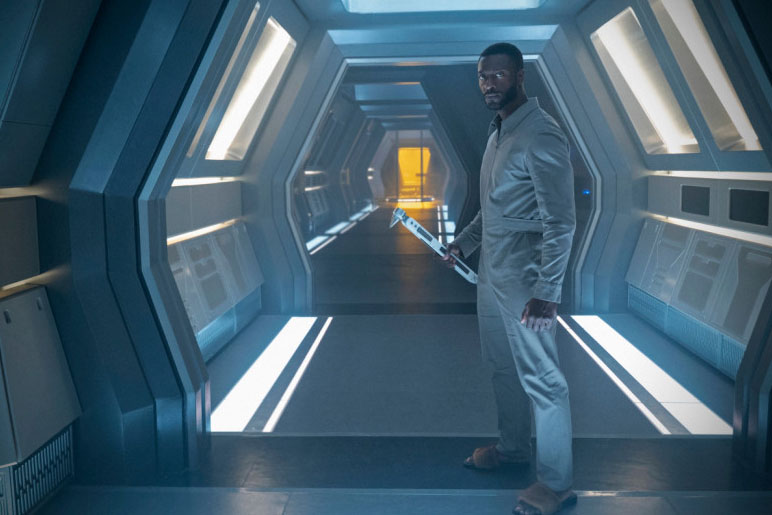 Kudos goes to director Olatunde Osunsanmi, who is no stranger to Star Trek: Discovery, for some excellent cinematography in “Calypso.” He utilizes the best of what is obviously a bottle show, and amazingly the direction is so efficient and economical that the viewer hardly cares that every scene takes place in places we’ve seen before. Notable shots include the starry start to Craft’s dancing, and the holographic dance routine itself. It’s a fantastic way to modernize an older film like Funny Face while maintaining Discovery’s futuristic aesthetic.

Taken together, “Calypso” is an excellent case study of how to utilize a limiting runtime and still tell an emotionally powerful story. That’s doubly hard if one of the two characters is a computer. If the next Short Trek episode, “The Brightest Star,” is able to accomplish the same quality storytelling, then season two can wait as long as it wants.

Fans should also keep in mind the intriguing questions “Calypso” offers, such as why the Discovery is drifting crewless in space, or why a computer such as Zora was installed on the ship in the first place. (My potential explanation here might be that Zora is the evolved version of a computer installed on Discovery, a precursor of sorts to the talking computers seen on almost every other Star Trek series). If you have other theories about questions this episode posited, let us know in the comments!