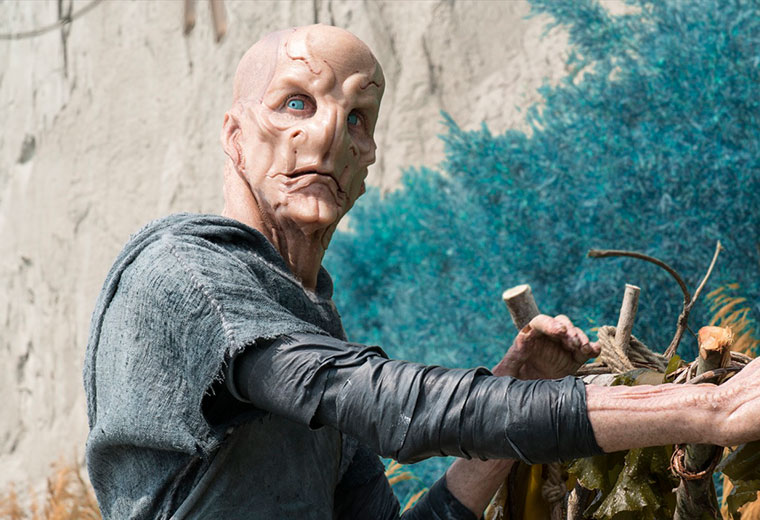 The third episode of Star Trek: Short Treks spotlights a young Saru, on his home planet of Kaminar.

CBS has released the trailer for the next episode of Short Treks “The Brightest Star,” which will focus on Saru, who is played by actor Doug Jones. The episode will give us our first look at Saru’s home planet of Kaminar and will help flesh out the character’s backstory and journey towards joining Starfleet.

In “The Brightest Star,” Saru (Doug Jones) lived a simple life on his home planet of Kaminar with his father and sister. Young Saru, full of ingenuity and a level of curiosity uncommon among his people, yearns to find out what lies beyond his village, leading him on an unexpected path.

Travel to Saru's home world of Kaminar in the next #ShortTrek on December 6. Stream "The Brightest Star" on CBS All Access starting at 6:30pm PT/ 9:30pm ET. #StarTrekDiscovery pic.twitter.com/87SB1Anymc

Following “The Brightest Star,” the final installment of the Star Trek: Short Treks series will star Rainn Wilson, as he returns to the role of Harry Mudd, in “The Escape Artist” on January 3, 2019.