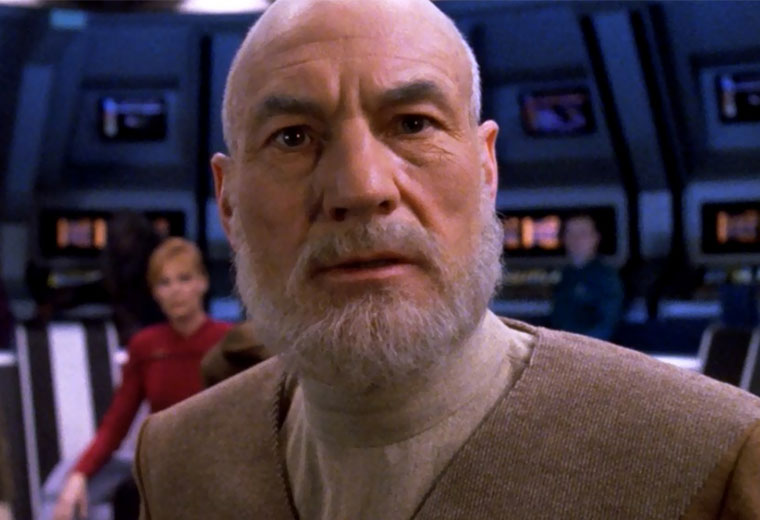 Patrick Stewart, who will return to the role on Jean-Luc Picard in a new Star Trek series, recently discussed the show and his decision to return to franchise that made him a household name, in a recent interview with Yahoo.

“It’s fascinating,” Stewart said regarding his return to the role, which he last played in the 2002 feature film Star Trek: Nemesis. 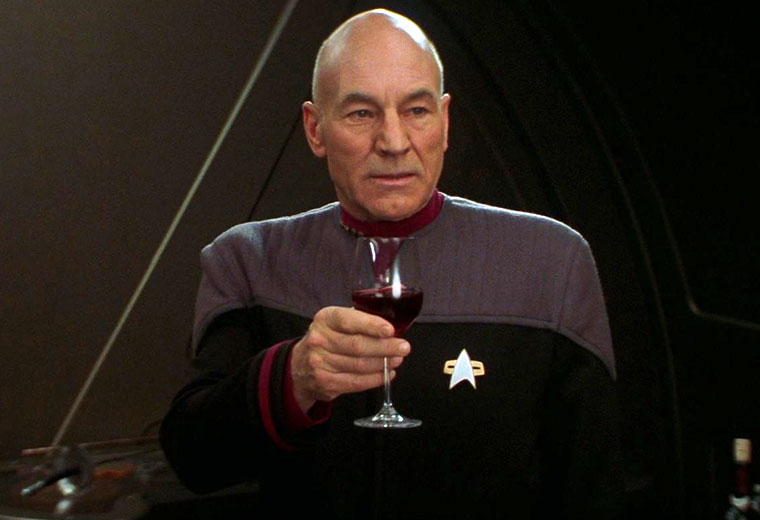 In the Star Trek: The Next Generation finale “All Good Things…” Stewart is shown as an older Picard, which we will also see in this new series. “I grew a beard and they made me up old. I looked older then — 18 years ago… I don’t think I’m saying too much — than I will in the upcoming series.” Stewart noted. “Jean-Luc Picard and Patrick Stewart are the same age.”

Stewart admits he’s been offered several opportunities to reprise the role in various forms, including comedies, but has always turned those down, saying “I’m done.” He says he agreed to a meeting with the new producers of Star Trek because he wanted to “respectfully explain to them why I was turning the project down.” During that meeting, Stewart says he heard just enough to realize something was “very unusual,” and he was intrigued. He asked CBS to put some story ideas together to help him understand what they envisioned. After reading what was put together, Stewart admits that saying he was hooked “wouldn’t be quite true,” but he was “extremely interested” and wanted to know more. 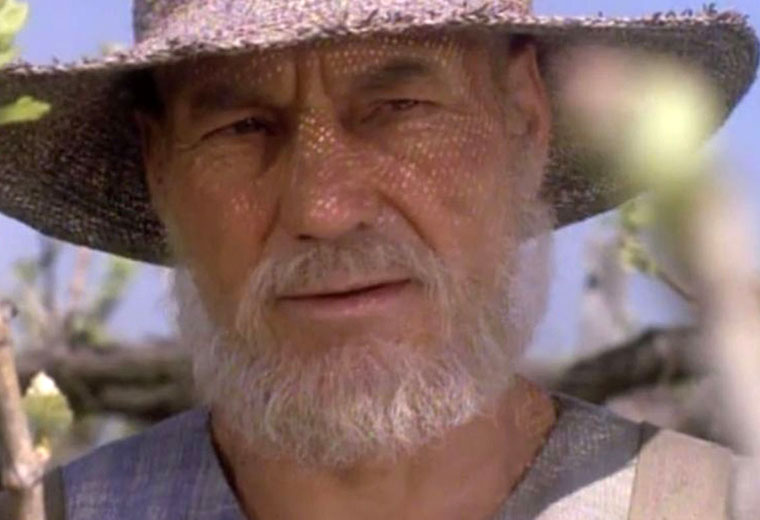 Stewart as an older Picard in “All Good Things…” | CBS

Stewart’s fear was that the series would potentially be too “jokey,” which he says he was not interested in. “I respect the work we did on Next Generation” he added. “It changed my life in every way,” he said of the seven seasons he spent on Star Trek: The Next Generation.

After asking a lot of questions and some contemplation, Stewart says he agreed to the role, remarking that he was “struck by how clever these people were I was talking to…”

“What we have coming up is exciting. It’s exciting for me because it excites me, as an actor.” Stewart teased. “Oh, the story is great.”

“It references the present day at times… and that’s all I can say, really,” he said.

In addition to the interview, Yahoo included a quote from Stewart, saying “We’re hoping for more than one season.”

Stay tuned to trekNews.net for all the latest news on the new Jean-Luc Picard Star Trek series. You can connect with us on social media: @TrekNewsNet on Twitter, @TrekNews on Facebook, and @TrekNews on Instagram.