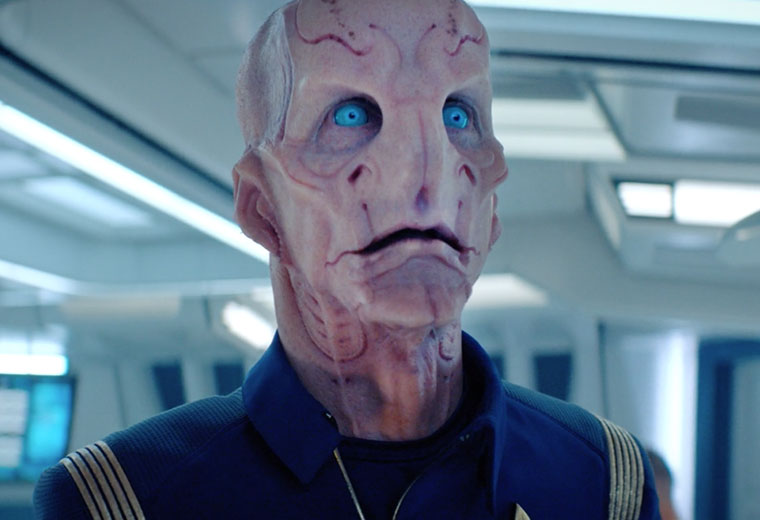 Star Trek: Discovery continues to flesh out everybody’s favorite Kelpien, as Doug Jones gets the chance to shine once again – but this time, Saru is facing a tremendous change in not only himself, but his entire species.

As a sequel to Saru’s origin story in “The Brightest Star,” “The Sounds of Thunder” almost exclusively involves Saru returning to his homeworld with his newfound lack of fear – a life-changing shift for any Kelpien. It’s a return firmly established within the context of the Red Angel mystery.  After observing a red burst appear over Kaminar, Saru and the Discovery crew face off against the Ba’ul, knowing that the so-called “Great Balance” Kelpiens observe is an oppressive way for the Ba’ul to control the species. But the reason for this oppression is more complex than we ever thought. 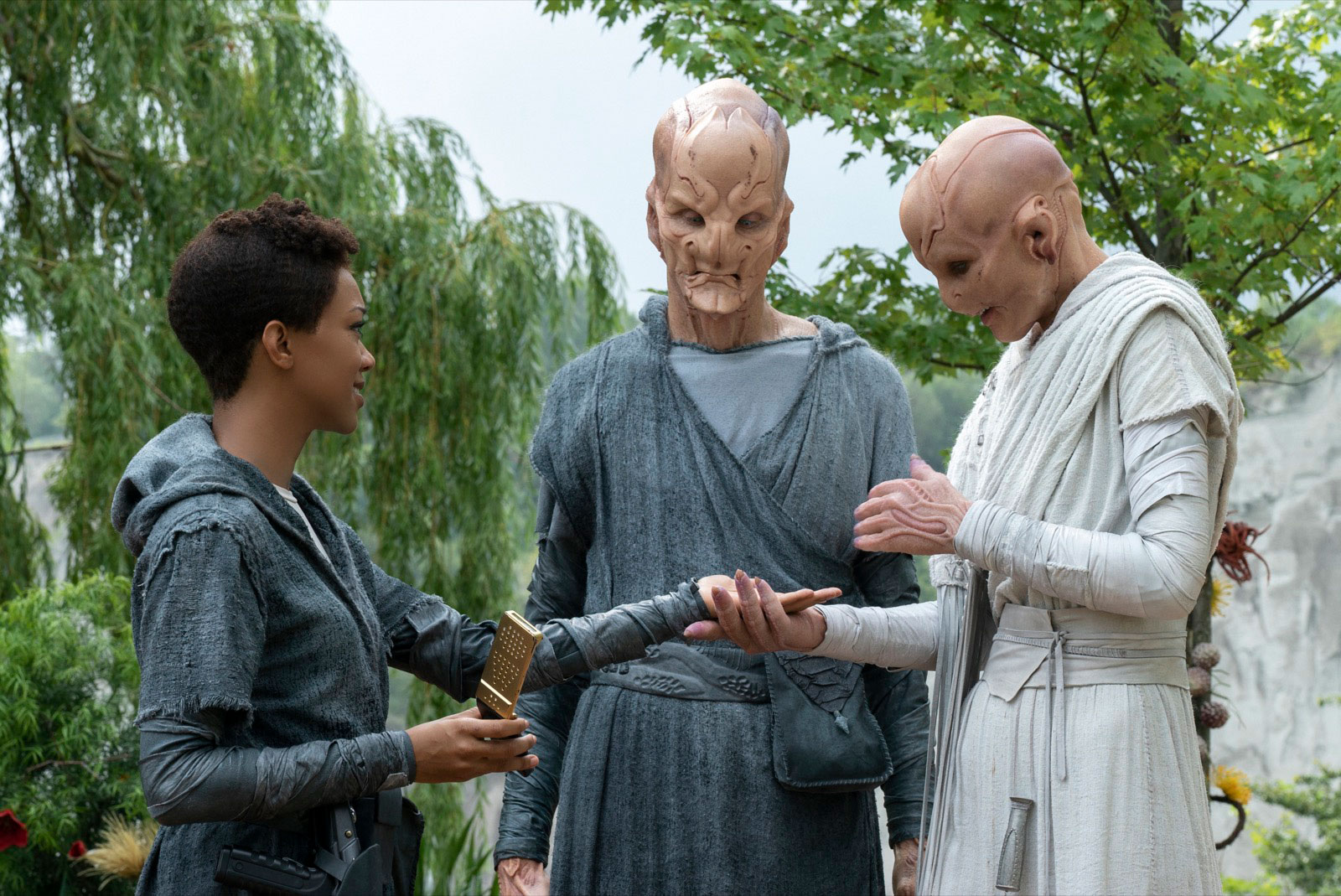 While we’ll avoid the major spoilers here, the revelation about the relationship between the Kelpiens and the Ba’ul offers a seismic shift in Kelpien culture, while providing a great metaphor for the inherent nature of aggression in humans. While humans are aggressive beings at our core, the idea that we can forgo that nature and strive to be better is a great message for Discovery to adopt. And it’s not the first time we see this message in Star Trek. James Kirk explicitly voices this from “A Taste of Armageddon” from TOS season one:

While this message is sheathed expertly within the plot of “The Sounds of Thunder,” there are some plot moments that deserve some criticism. It is far too convenient for Saru to be able to MacGyver a communications device from the smashed Ba’ul probes, then use that communications device to talk to Discovery (and receive information from Tilly), and then use that device in a conveniently placed access port on the Ba’ul ship. The ability to suspend disbelief proves too taxing for the viewer here, and it’s a scene that deserved some fleshing out to avoid this criticism. While you could say we’ve seen Saru’s ingenuity before with Ba’ul tech – indeed, that’s how he caught the attention of Starfleet – this ease of access is clearly an easy way to move the plot along. 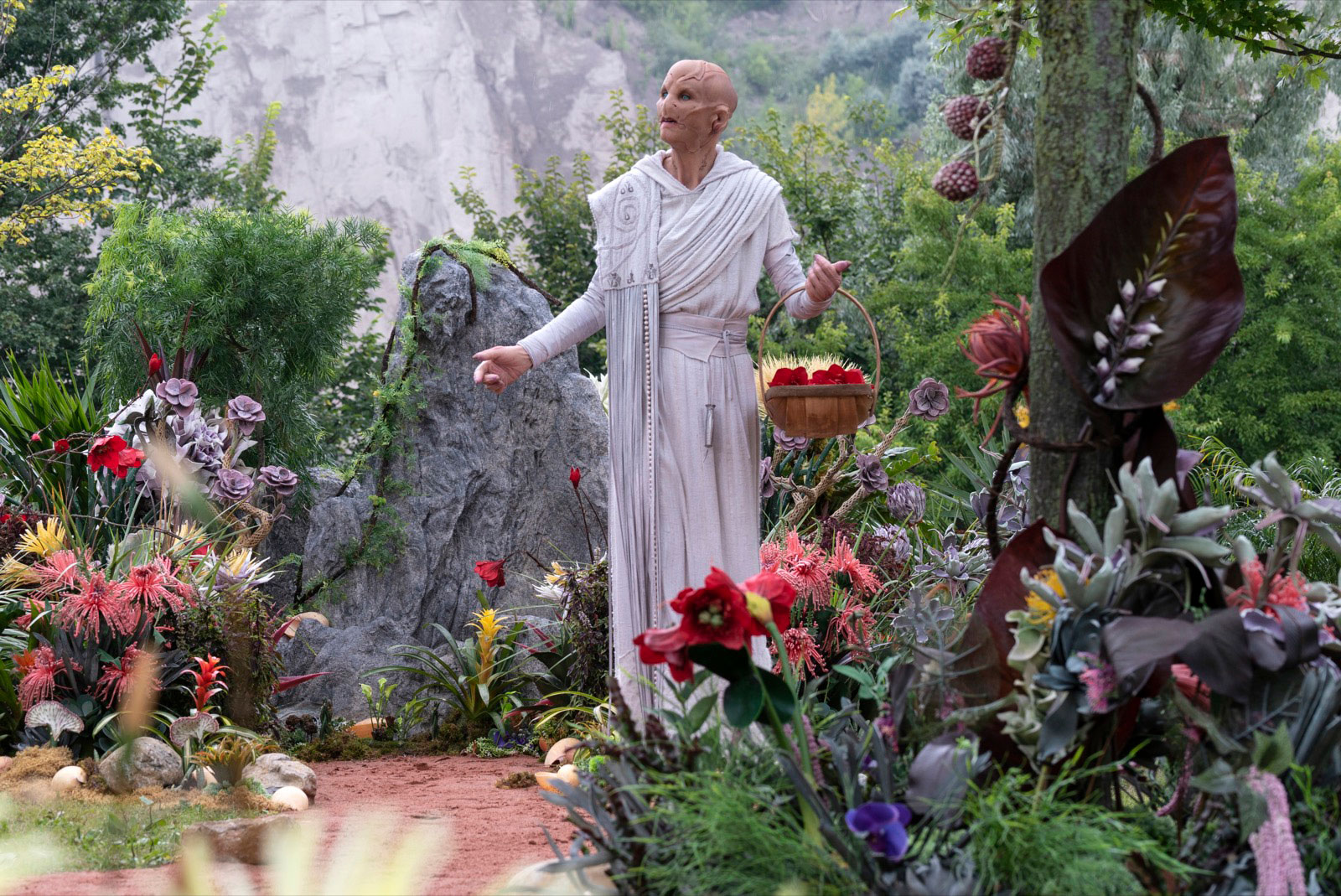 But the Ba’ul captivity sequence wasn’t all bad, not by any means. The design of the Ba’ul themselves is a masterclass in alien horror – if not a little over the top. These truly horrifying creatures are expertly rendered, with meticulously menacing movements across their gooey, hellish design. Scary aliens is a trend we don’t see in Star Trek, but this episode seems to feature the show embracing its darker side from season one.

In “The Sounds of Thunder,” we get to see a broader range from Doug Jones than ever before, and he certainly delivers. The personal and cultural conflict Saru and other Kelpiens are experiencing requires the kind of heaviness that certainly isn’t easy to do, period, but more so when you are wearing a rubber suit. Being the expert he is, Jones pulls off Saru as he gains his confidence (and in some scenes, over-confidence), granting the character more depth than we could have imagined back in season one. Besides Michael, Saru is probably the character who has seen the most transformation, so it’ll be interesting to see if the writers continue to mold him, or if Saru’s progression this season is mainly concluded. Although considering he is now one of the few who has seen the Red Angel (and actually in more detail than anybody else), this probably isn’t the case.

Taken together, “The Sounds of Thunder” fleshes out one of Discovery‘s most diverse characters, while providing Doug Jones an episode that is basically all his own. The Red Angel mystery is given a glimmer of illumination, as Saru was able to observe that the entity was a (time-traveling) humanoid with mechanical armor and extremely advanced technology. And it looks like from the teaser for next week that we’ll finally see Spock. The adventure continues…