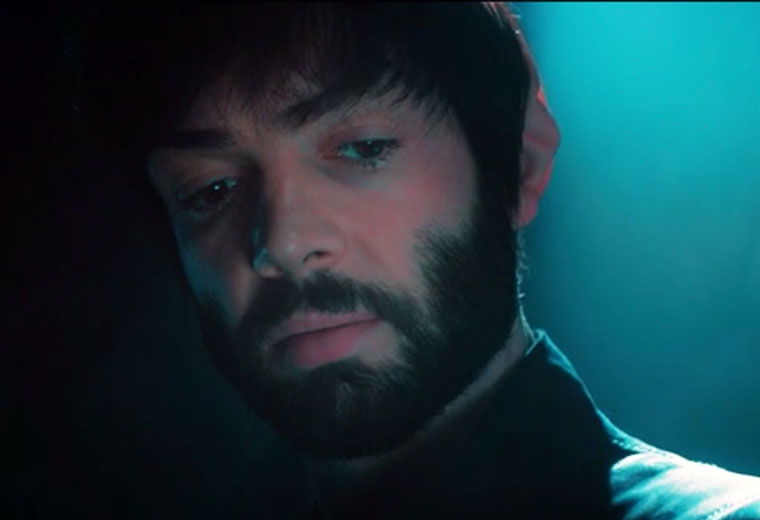 While “Light and Shadows” was one of the shortest Star Trek: Discovery episodes yet, boy did it pack a lot into it. Substantial revelations on multiple fronts make this episode a must-watch, with an ending that contains a surprise almost on par with seeing the Enterprise at the end of season one. So clearly, SPOILER ALERT.

Let’s break it down.

So, the moment fans have most been waiting for finally arrived in this episode: the proper debut of Ethan Peck as Spock. We don’t see whole lot of him – especially not in the character’s natural state of mind – but it is just enough to get glimpse of how Peck is playing the character. So far, there are no signs that he is straying from the classic interpretation set by Leonard Nimoy – stoic, unfeeling, with an aura of mental toughness assisted by unfailing logic. It’s all good signs so far; but now, Peck needs to carry another aspect of the character on his shoulders, an aspect that didn’t exist in Nimoy’s time. 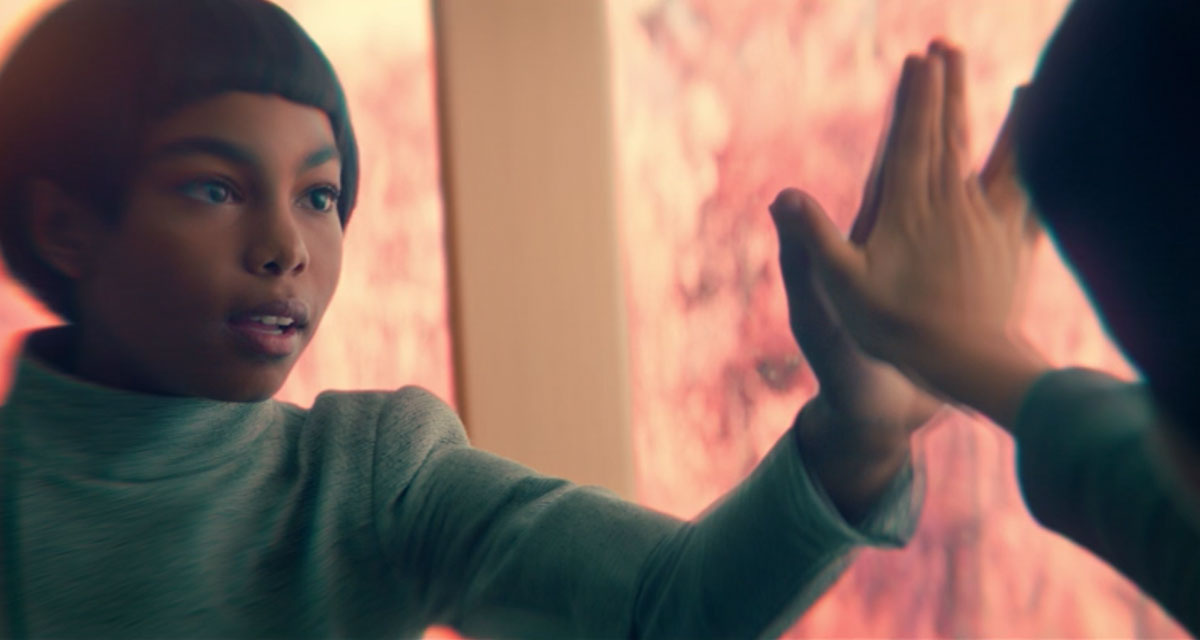 That’s right, we’re talking about the revelation that Spock, as a child, suffered from a form of Vulcan dyslexia. While some fans might cry foul at such a divisive addition to who Spock is, think about the lesson here: a brilliant person, slightly encumbered by a medical condition, does eventually come to be one of the greatest scientists, captains, and diplomats in the Star Trek universe. If that’s not a motivating success story, what else is? Star Trek has always been about representation, and this reveal is perfectly aligned with that mission statement. Count us on board with Discovery‘s decision here.

Spock’s childhood dyslexia also proves to be a point of contention between Amanda and Sarek, and it opens up an interesting look into the family’s dynamic. We now know why Alice in Wonderland, often mentioned throughout the first and second season of Discovery, is so important to Amanda – the book provided a way for her to help Spock deal with his dyslexia. Kudos to the writers for placing that fishing hook in the show so early on, and to have it be apart of such an important attribute for a pivotal character. It’s another one of those “how long were they planning that?” moments. 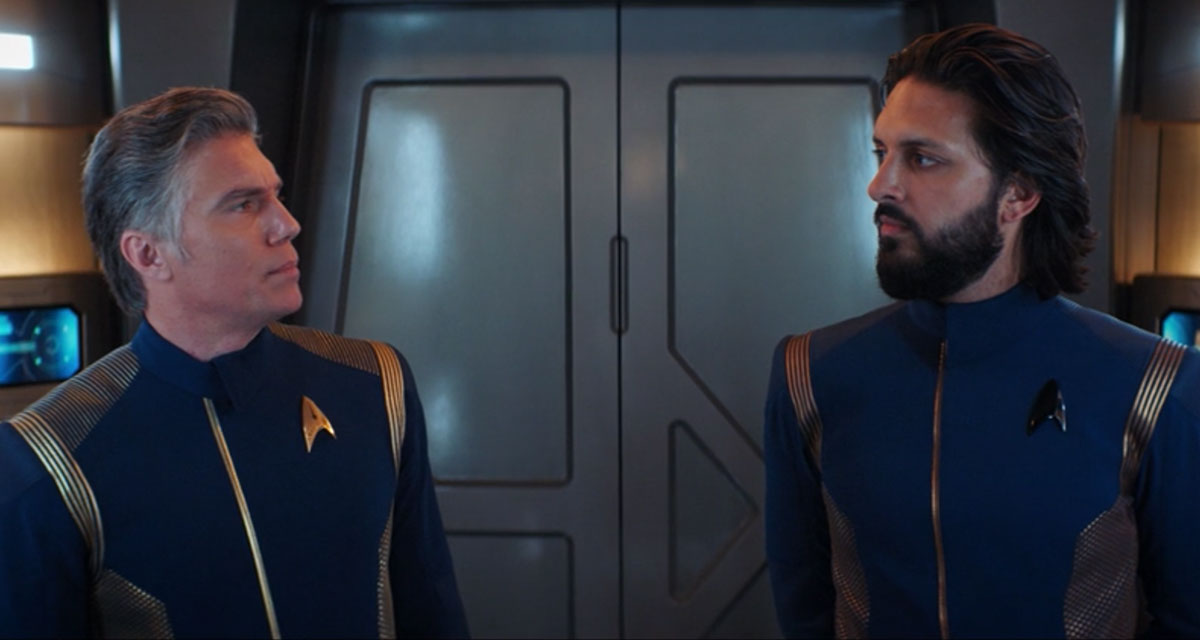 This episode features the unlikely pairing of Captain Pike and Ash Tyler as they try to navigate a temporal anomaly that appears over Kaminar. But first, it’s a shame we didn’t learn more about what happened in the aftermath of the previous episode, “The Sounds of Thunder.” How are the Kelpians handling their newfound personalities? Where did the Ba’ul go? Hopefully these questions are answered later, but for now it seems like an omission cut for time. In any case, the pairing of Pike and Tyler proves confrontational, as Pike still harbors resentment for Voq and the fact that the Enterprise had to sit out of the war. But the two manage to survive long enough to accidentally bring home a piece of futuristic technology, which may shed some light on what time the Red Angel is from. 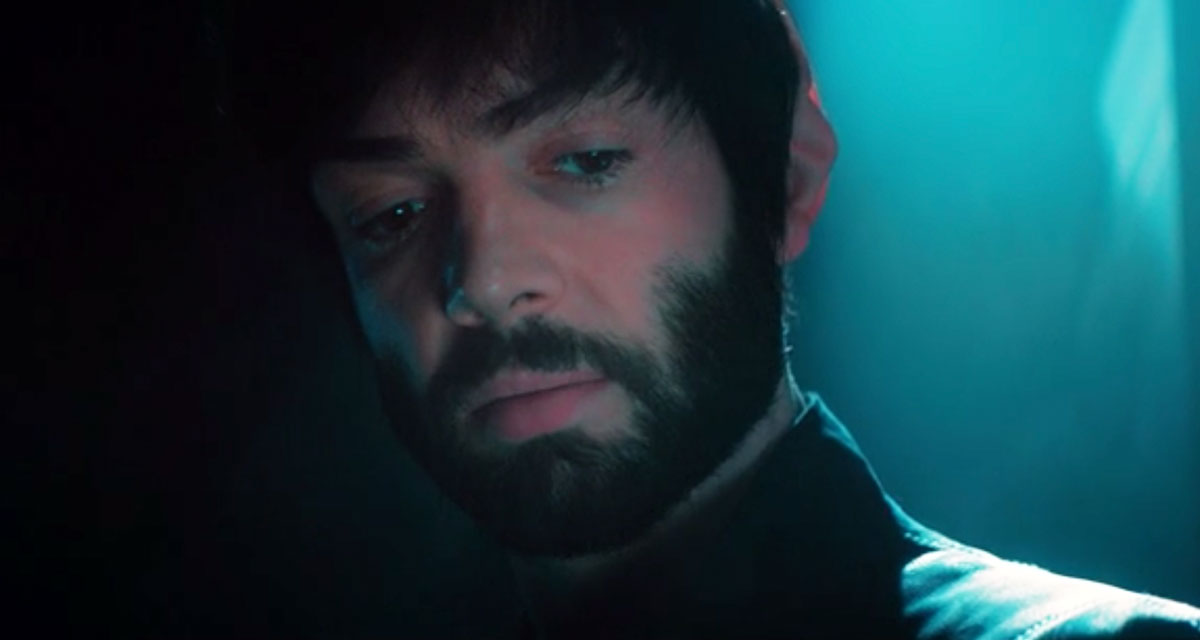 But the real shocks of the episode come within the last few minutes.

First, we get an ever-so-brief tease as to who exactly is responsible for the attack that killed Michael’s parents. We were told it was Klingons, and that still may be the case, but apparently Georgiou (Michelle Yoeh) is aware that Leland (Alan van Sprang), the head of Section 31, caused the attack. But we aren’t given more than that. The mystery continues.

But the big shocker, of course… the reason why Star Trek fans are weeping with joy… is when Burnham finally figures out what were the numbers Spock was obsessed with: they were the coordinates, albeit backwards, to… wait for it… Talos IV! It’s an unbelievable callback to the very first Star Trek episode, “The Cage,” which was filmed in 1965 but shelved as a pilot in favor of what would be the William Shatner-led “Where No Man Has Gone Before.” Footage of “The Cage” would later be reused in “The Menagerie,” which is, until “The Cage” was released in its entirety in the 1980s, was fans’ only look at Captain Pike. “The Cage” occupies a very special place in Star Trek fandom, and it’s amazing that Discovery is now expanding on it in such a major way.

In case your memory is hazy, “The Cage” stars Jeffrey Hunter as Captain Pike as he is captured by an alien race known as the Talosians (the guys with the big heads, who we happened to see in the teaser for next week’s episode!). Now, keep in mind, season two of Discovery takes place after Pike’s visit to Talos IV by about three years. Of course, Spock (played by Nimoy), was in “The Cage” as well, so it will be a tantalizing wait to see how Spock is impacted by his return to that planet – and course, who gave Spock those numbers in the first place. And keep in mind, the end of “The Cage” saw Starfleet issue General Order 7 regarding Talos IV, which means nobody was allowed to go back to Talos IV.

When season two is over, we’ll likely note “Light and Shadow” as one of the most important entries in the season. It plays a key part in several plots: the search for Spock, Burnham’s backstory, the development of Section 31, and a major stepping stone in the Red Angel mystery. It’ll be tough to follow up this episode next week, but with the promise of Talosians, it may just have a chance.