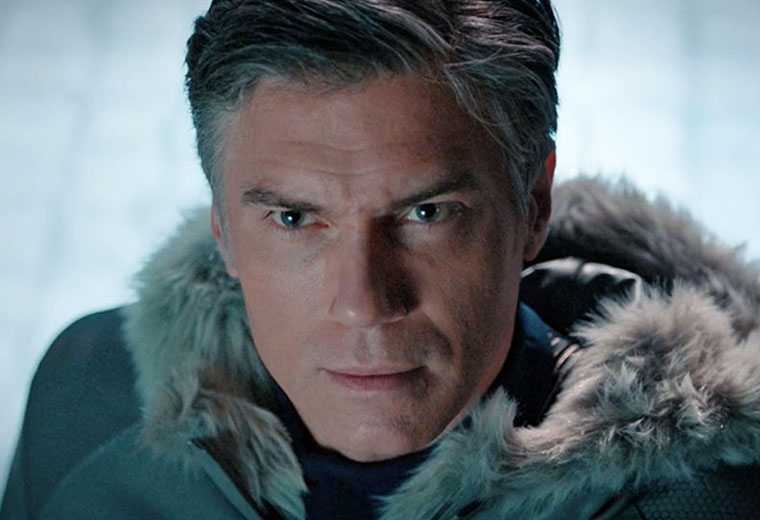 There’s a scene in “Through the Valley of Shadows” where hardcore Trek fans watching the show can just visualize millions of fellow nerds crying out in a combination of horror, surprise, excitement, and sorrow. It’s a great feeling.

It’s a moment that was originally referenced in the 15th episode of Star Trek. And now, in the 760th installment of the franchise, we finally see it: Captain Pike’s accident.

Back in 1966 in “The Menagerie,” we knew Captain Pike suffered a terrible accident on a starship and was left with severe radiation burns and confined to a wheelchair. It was sad back then, but now, after all the effort put into Pike’s character through the amazing performance of Anson Mount in Star Trek: Discovery, it’s nothing short of heartbreaking. 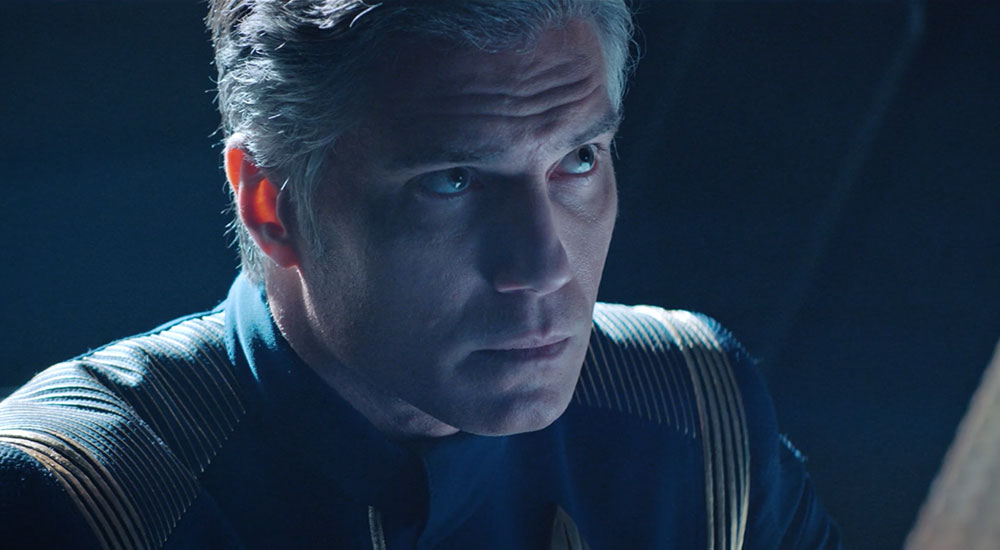 So, why was Pike exposed to his future? It was the only way to secure a time crystal through the Klingon monks on Boreth, the same world L’Rell and Voq’s son was placed to keep him safe in “Point of Light.” It’s also the same world a new red signal has appeared, presumably to allow Discovery to obtain a time crystal. The mystery surrounding who or what is generating the signals still isn’t solved, so we’ll have to wait for the last two episodes of the season for answers.

This episode brings what is likely the defining moment for Captain Pike – a moment that has probably launched the captain up on the list of Star Trek captains for many fans, if he wasn’t there already. Facing his future – shown with chilling horror by director Douglas Aarniokoski – Pike is faced with being able to alter his fate, but at the cost of the Discovery‘s mission. Being the upstanding Starfleet officer he is (the officer whom Admiral Cornwell praised in “Project Daedalus” as the best the fleet had to offer), Pike chose to accept his fate and allow the Discovery a chance to complete its mission. What a sacrifice! The moment of decision is played expertly by Mount, who is suitably horrified by what he sees through the time crystal. It speaks to his character that he so quickly made the decision to seal his fate, but if there’s a critique to be had, the moment could have also used just a little more dramatic tension to let Pike’s internal struggle play out. We do hear him remind himself of the values of a Starfleet officer, but that’s really all it takes for him to make his decision. At the end of the episode, Pike is still very much weighing what he saw, so it will be interesting to see how this revelation impacts Mount’s performance in the last two episodes of the season. 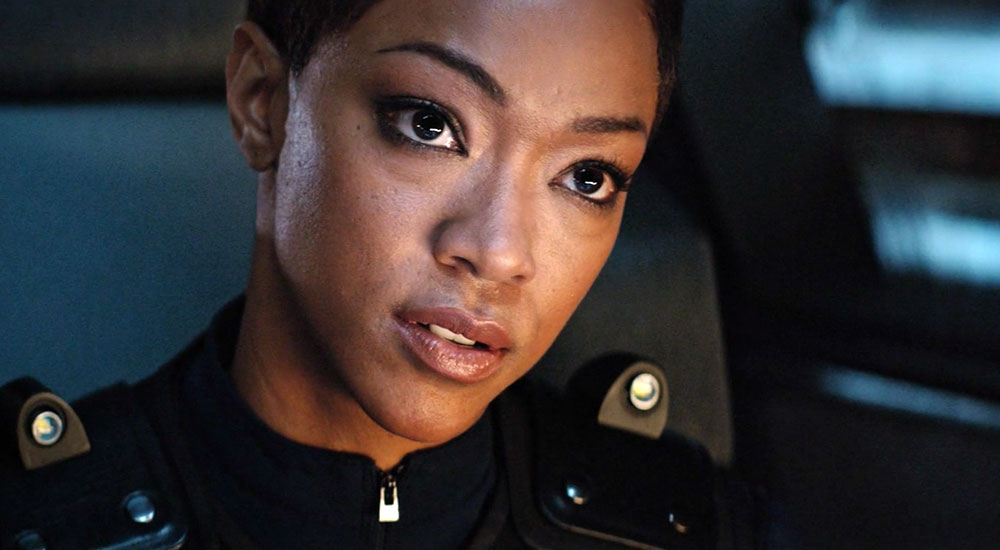 Elsewhere, Burnham and Spock, who are largely on friendly ground now, team up to track a Section 31 ship that has failed to report in. They find that Control has taken over and killed everyone on board. However, Control, unbeknownst to the foster siblings, revives one of the ship’s crew, Kamran Gant (Ali Momen), a former officer of the Shenzhou, and tries to kill Burnham and Spock.

Let’s talk about something: it is through some of Gant’s dialogue (and Leland in the previous episode), and through the visuals we see in the fight scene in this episode, that provide plenty of ammunition to believe Control may be an entity that eventually becomes the Borg. This rumor has been floating around for a couple weeks, and it’s hard not to see the evidence. From the line holographic Leland has in “Perpetual Infinity” – “Struggle is pointless,” which is strikingly similar to “resistance is futile” – to Control’s mission of, ahem, assimilating whatever knowledge it can get. And the fact that Control infects and controls people through nanites, and it is able to repair damage to a body with that machinery, is too reminiscent of the Borg. (In the fight with Gant, we see his insides trying to repair itself. Remember how the Enterprise-D observed the Cube repairing itself in their initial encounter?) While we don’t have any official confirmation of this theory, it is certainly worth noting. 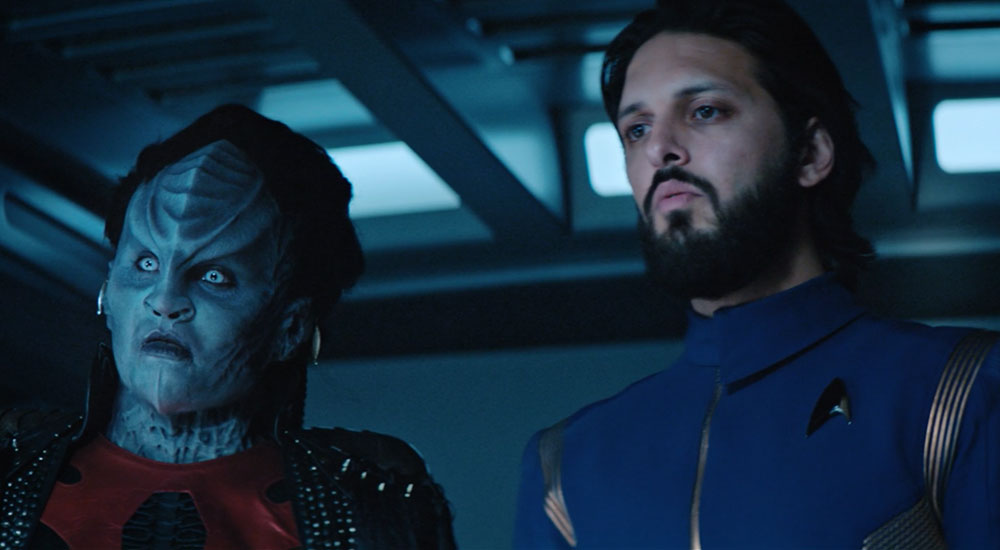 The wait for next week’s episode is tantalizing, based on the teaser at the end of this episode. We’ll finally see more of the Enterprise, and in a battle no less! Will the captain actually destroy the Discovery? It wouldn’t be out of line from other Star Trek moments when they wrecked the main ship. Who wouldn’t want to see the Discovery-A? And how will Pike’s revelation impact him in the two episodes to come?