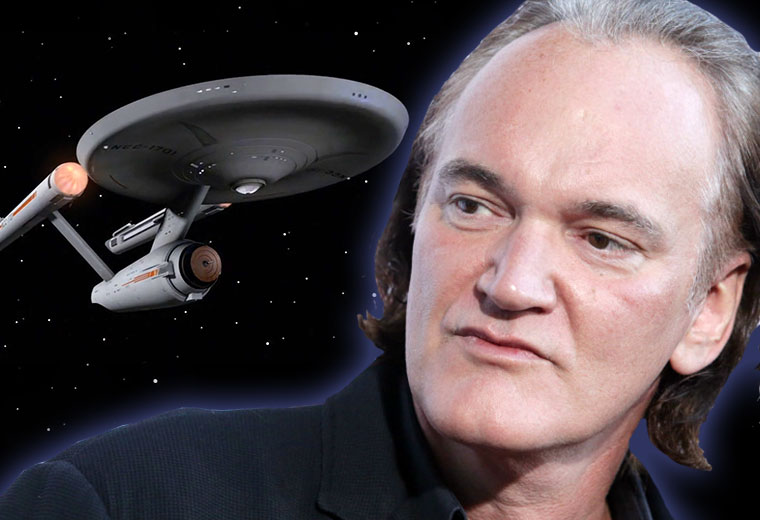 It appears Quentin Tarantino‘s long-rumored Star Trek film is still on the table.

Earlier this week, the famed director discussed the unusual release strategy for his film The Hateful Eight on Netflix, but he also took some time to answer a question about his in-development Trek film, while speaking to SlashFilm.

“It’s a very big possibility,” Tarantino said of the project. “I haven’t been dealing with those guys for a while cause I’ve been making my movie. But we’ve talked about a story and a script. The script has been written and when I emerge my head like Punxsutawney Phil, post-Once Upon a Time in Hollywood, we’ll pick up talking about it again.”

This is the first update on the project since December, when it was reported that The Revenant screenwriter Mark L. Smith had emerged as the favorite from a team of writers assembled to develop the story based on Tarantino’s initial pitch. Production of Once Upon a Time in Hollywood started shortly thereafter, leaving Smith to work on the script while Tarantino filmed his upcoming picture.

Once Upon a Time in Hollywood comes out on July 26, so hopefully more updates follow shortly thereafter.

Stay tuned to TrekNews.net for the latest news coming out of Tarantino’s potential Star Trek film.