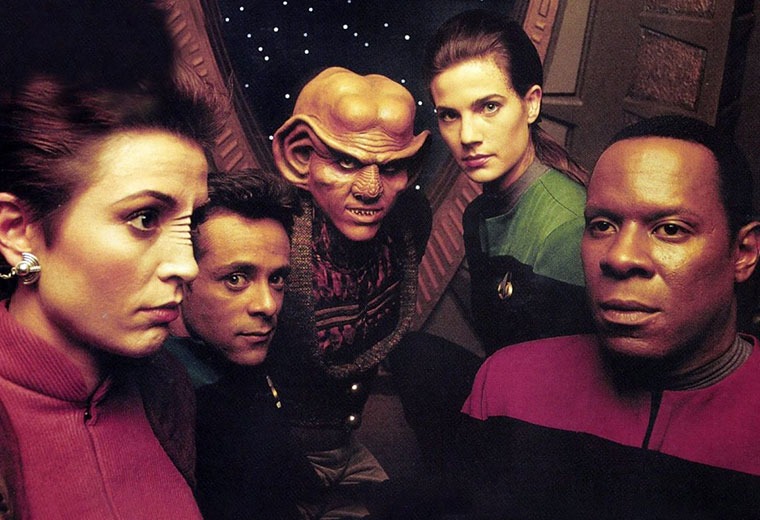 The long-awaited Star Trek: Deep Space Nine documentary What We Left Behind is almost in theaters, but backers have already gotten the chance to check out the labor of love from the team behind the third live-action Star Trek series. Following years of production and funded mostly through the generosity of fans, the doc is a look into the so-called “black sheep” of the Star Trek family, a show that strayed from the pack thanks to its darker nature and focus on serialized storytelling. 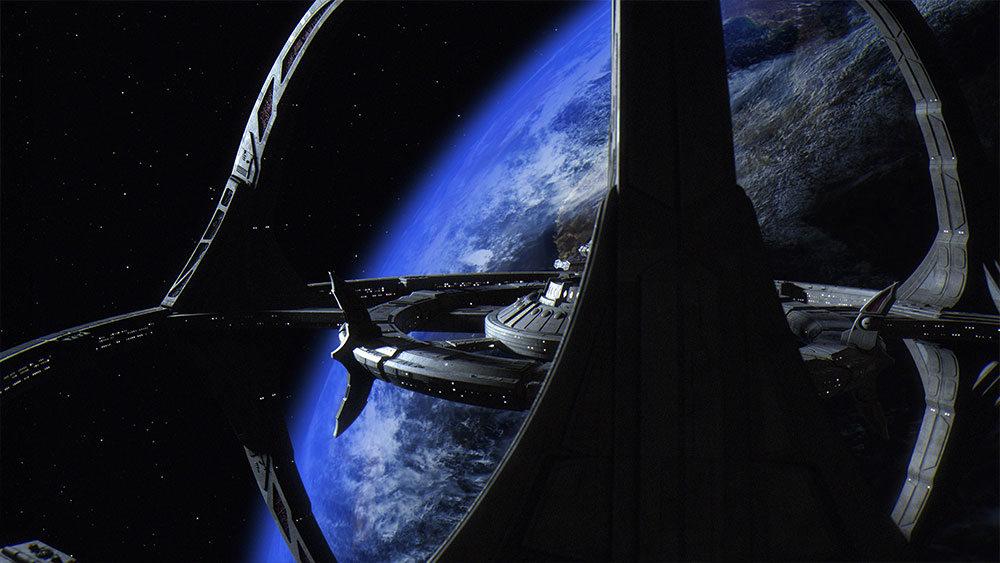 Over a series of interviews, TrekNews.net sat down with some of the cast and crew of Deep Space Nine to get their take on DS9 twenty years later, what they left behind on the sets of that Cardassian space station, and why they are excited about the documentary.

TrekNews.net: Ira, how did you guys decide who to interview for the doc?

Ira: “I don’t know if we chose, rather cast as wide a net as possible. The main impulse was to get the actors, and it kind of just bred them there. We caught a wave, and we just wanted that wave to continue. So we got the writers and the rest of the crew and as many people as we could. And then we decided then to bring the fans in as well.” 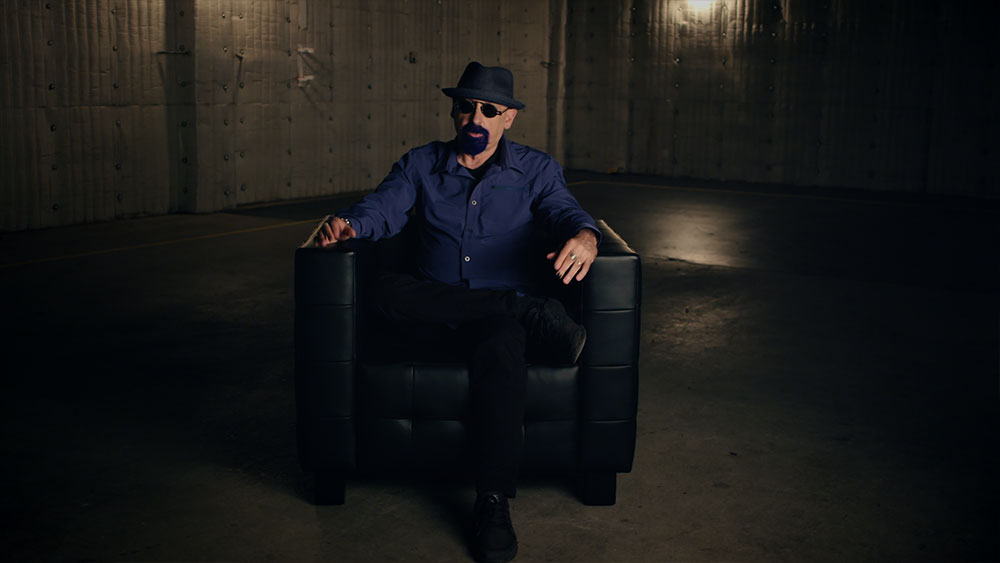 TrekNews.net: While Deep Space Nine has remained a part of Star Trek fandom for years now, what was it like asking to come and work on the doc?

Nana: “It’s like being in a pot of cold water and it comes to a slow boil. First we were just getting together to sit down with Ira and talk about our time on Deep Space Nine. We do it all the time amongst ourselves anyway, so it was just a normal thing to want to do. And suddenly it started snowballing.”

Andrew: “I thought we were just going to come in and talk about stuff and get some perspective. I had no idea it was going to be this monstrous thing.  I’m happy it is. I always love seeing the gang and to hang out and talk about this. This was a pretty important time for me, as well.”

Chase: “I was just grateful and excited to be able to come back and explore the incredible show. People have always asked if there was going to be more Deep Space Nine. To be able to go back is truly a fantastic experience. And to see everyone again, there’s just so much comradey.” 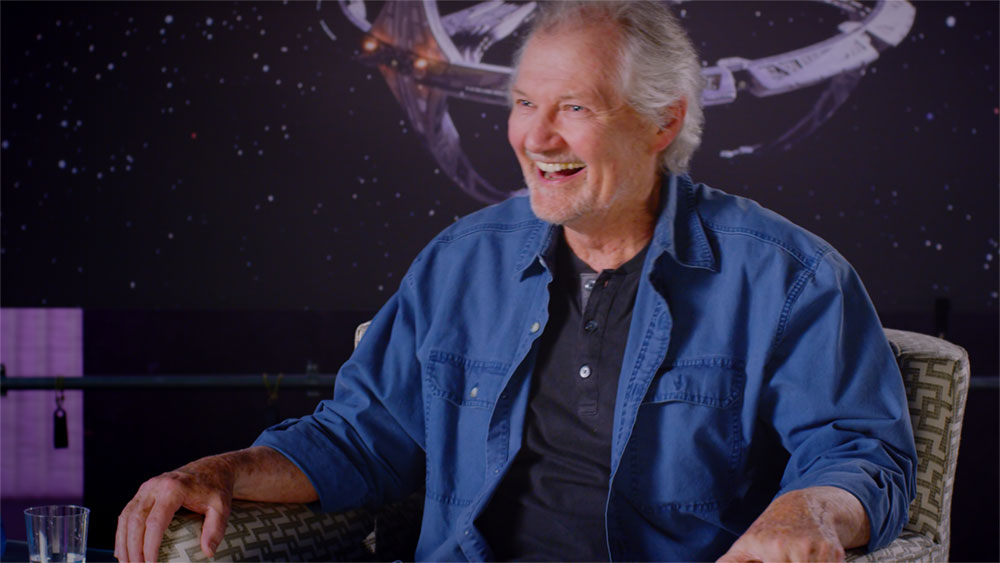 TrekNews.net: Kai, describe what you and the other producers on What We Left Behind were tasked with doing when embarking on the project.

Kai: “Honestly it’s a bit of everything. We have a very small team and ended up really filling in wherever they can. For me, that means managing the production part of it, scheduling all the interviews, running the licenses and that kind of stuff. My favorite parts of working on this project were the creative aspects, like working with the animator [on the season eight pitch], and then working on the HD remaster. That was really a unique opportunity. It’s a labor of love.”

TrekNews.net: The high definition footage in What We Left Behind is a major selling point for many people, especially after seeing The Next Generation in HD. What do you think of the footage?

Ira: The fact that we got as much as 20 minutes of HD footage into the doc is pretty incredible. I made a vow years ago that I wasn’t going to watch the show until it was remastered, so I have not seen a full episode of DS9, except the pilot after [co-creator] Michael Pillar passed away in 2005.”

When the show came out on DVD, and even before that on LaserDisc, it never looked good. It always looked muddy, and I didn’t think the transfers were very good. They got better as the seasons went on, but I was always disappointed. It’s just not how I wanted to remember the show. In my mind, they looked a lot better. And now after seeing the high definition footage, I’ve seen paradise.”

TrekNews.net: Many fans are discovering or re-discovering Deep Space Nine now thanks to streaming services. If you had to introduce somebody to the show now, where do  you think they should start?

Ira: “I would say start with the pilot. So much that developed throughout the years was embedded in that pilot. That pilot covers a lot of ground. It’s much more character-driven, much more about the human condition, and in my opinion, that’s what the show did so well.”

Nana: “They should just binge-watch it from start to finish. I talk to people at conventions who actually set up times to watch the entire show again. You really get a sense of what our writers were trying to do when you see it that way.”

Andrew: “People should focus on the storytelling. The storytelling of the series as far as I’m concerned evolves, and it evolves to the point where at the end we were doing things no one else was doing with these long narrative arcs that now everyone is doing today. But also there’s the storytelling of each individual episodes. It’s a real mosaic. It’s a feat.”

TrekNews.net: Ira, now that you’ve had 20 years to think about all the decision made during the production of Deep Space Nine, is there anything you would change if you could go back in time?

Ira: “The easy answer is that I would have changed nothing, because we had 173 episodes of DS9 and there were some excellent episodes, but also a couple of real mistakes I made along the way. I own these. But in terms of really doing something different, there are days when I should have fought even harder, I should have been a bigger asshole, and just gone for that full serialization earlier. I still remember the reality [of production] and how tough it was to get the things we got.”

TrekNews.net: What do you guys hope to see in the future of Star Trek?

Chase: “I think Star Trek needs to say true to the socially responsible roots that it came from. It’s so important that it not be focused so much on action and spectacle, as that it discusses vital themes that is happening in today’s world. That’s the power of science fiction and the power of Star Trek. We need to remain true to the crucial issues that are happening in today’s world.” 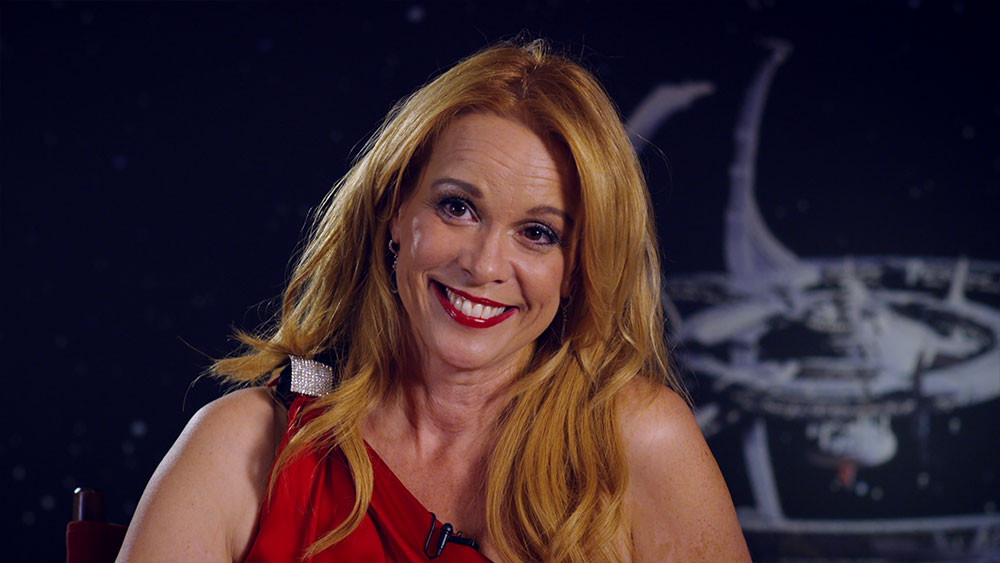 Andrew: “I hope the storytelling continues. I love the fact that Deep Space Nine encompassed not only a long narrative arc with epic stories, but that it also had excellent individual, standalone episodes, like ‘Duets,’ ‘The Wire,’ or ‘In the Pale Moonlight.’”

Kai: “One of the best things Star Trek and sci fi in general can do is focus on character stories. We have these great space battles, but do we care about the characters? DS9 did that so well. Michael PIllar really shepherd the idea of what is the character’s motivation? The settings and spectacle all come from that.”

Ira: “I would say Star Trek has to boldly go. That was the deal at the beginning. It should take us places where we don’t know if that’s where we have to go. It should lead in form and in content. Just don’t recycle the past, don’t worry about your fan base, let the fans come. It might take them 20 years, but they’ll get there.”

What We Left Behind will be in theaters for a special one-night engagement on Monday, May 13. Stay tuned for a review of the documentary, as well as our interview with Deep Space Nine stars Jeffrey Combs (Weyoun) and Armin Shimerman (Quark) soon!