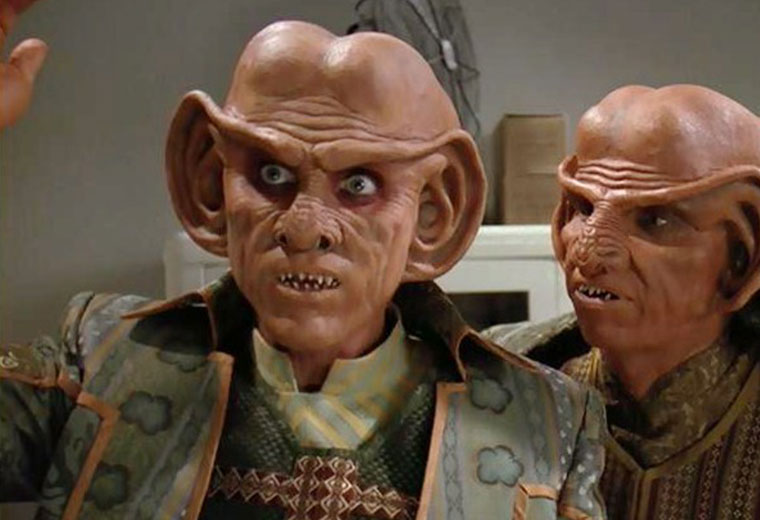 Fans across the United States will have the opportunity to see What We Left Behind tonight in theaters. It’s a look back at the so-called “black sheep” of the Star Trek family: Deep Space Nine, a show that set itself apart from the rest of the franchise thanks to its darker nature and serialized storytelling. 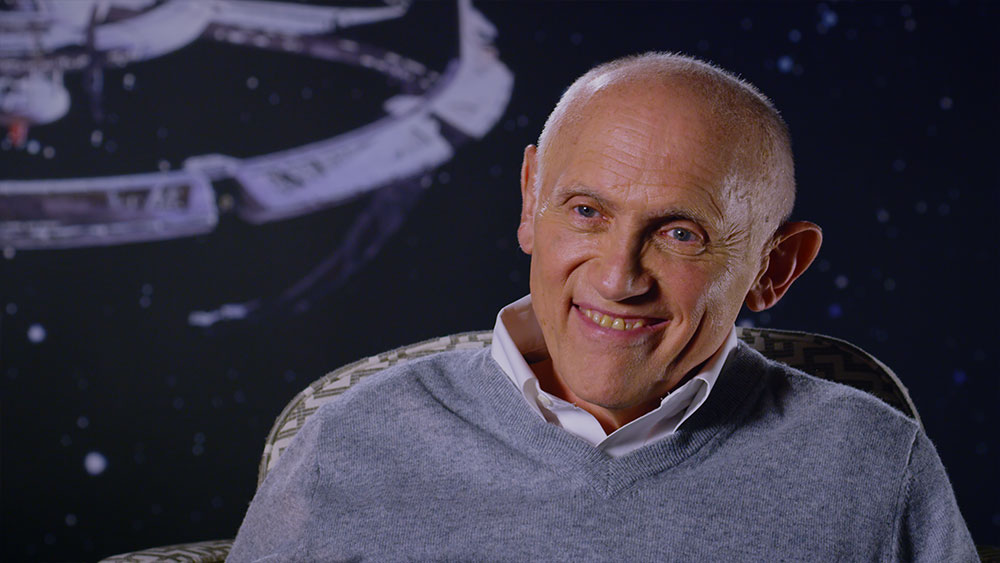 TrekNews.net: What was your reaction when you were first asked to be in the documentary?

Armin: Originally I thought it would just be a conversation among friends, but then it just grew more and more into something wonderful. I was flattered and grateful to be part of this project.

TrekNews.net: And why should people see the doc?

Armin: For the revelations! I know when I watched it, I learned so much about the show and about the making of the show. It was truly a revelation. There’s so much in the documentary that I didn’t know and a lot of my friends didn’t know.

TrekNews.net: So, clearly the title of doc references the series finale, but also the blood, sweat, tears, emotions, and memories that the cast and crew left behind. What did you leave behind from the set of Deep Space Nine?

Armin: I left behind a lot of good friends. It’s different with the actors, because at conventions we do cross paths. I’ve run across a lot of the actors over the course of the 20 years since the show finished. But it’s who I haven’t seen – and I’m still good friends with – is the crew. That’s who I left behind. I left friendships and many good times with the people behind the camera.

TrekNews.net: It’s fair to say the doc would not exist without the fans, both because they watched the show back in the day, and because they helped fund the doc. Are there any standout moments you’ve had with fans over the years?

Armin: Well there have been many wonderful interactions over the years.  Everybody has been incredibly kind to me. A lot of times I’m told by people about how the show helped them through really hard times. Those stories stick with me. Like those stories of somebody in the military, who after a hard day or week putting their lives on the line, they go back to their barracks and they watch Star Trek.

But if you want a funny story, I have one I’m particularly fond of. Many years ago in Phoenix I was wrapping up my time on the stage at a convention, and I took one last question. I called on a young man about six or seven years old, and in front of an audience of about 7,000 people, he asks me: “what’s it like to be an action figure, and do you ever play with yourself?” I gave no answer… there’s really no good answer to that question! 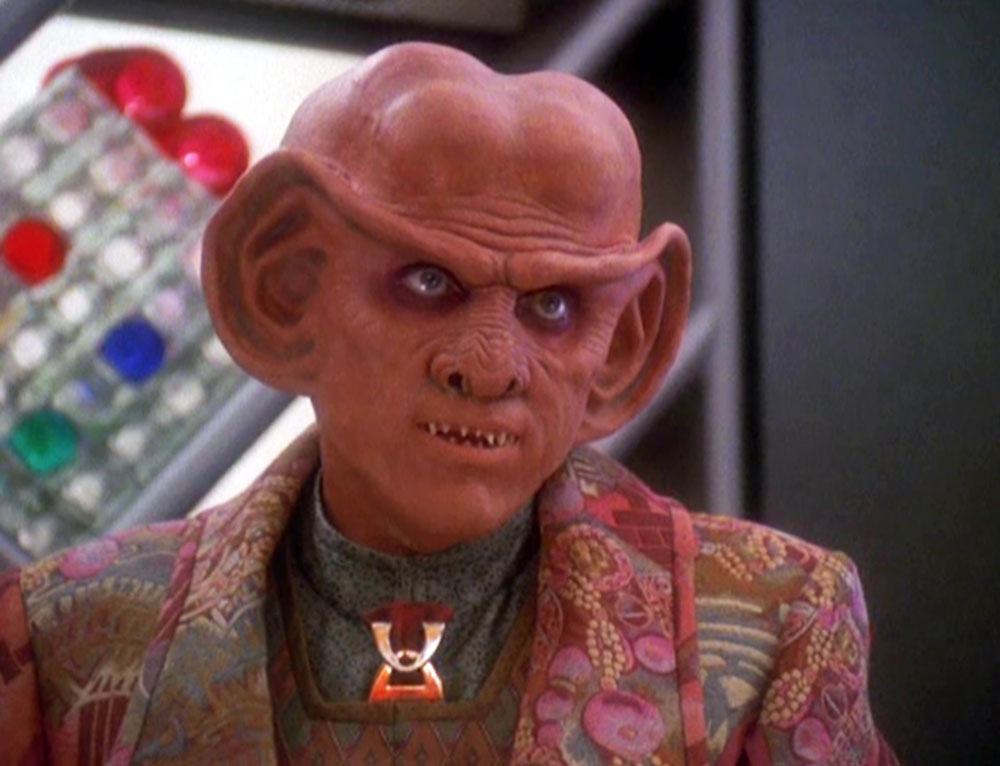 Shimerman as Quark on DS9 (CBS)

TrekNews.net: In your own words, what did DS9 do differently than other Star Trek shows?

Armin: The crews in Star Trek – because it usually is involved with a starship – are going planet to planet solving problems, and of course that’s very important. I think what sets us apart is that we did not have a ship, at least for the first four years, so what we investigated as boldly as anybody else was the inter-relationships between people who were forced to live together. I think we investigated the human condition as well as any show on television. We found truths and dealt with the human condition. Now, 20 years later, a whole new generation of people are seeing it and I think they’re tuning in because we’re not dated. The investigation of humanity is still as current as anything you read or see today.

TrekNews.net: What do you think of the new high definition footage in the doc?

Armin: It’s extraordinary. Truly extraordinary. There isn’t a lot of it but what there is in the documentary is really quite impressive. The show never looked that good to me when I watched on TV. HD really gives you the sense of actually being there. They’re doing a phenomenal job. I hope [who ever owns DS9] takes a second thought at remastering the show.

TrekNews.net: If someone were to start watching DS9 now for the very first time, is there anything you would recommend they watch out for, such as any standout episodes?

Armin: I think some of Star Trek‘s best work – and TV in general –  is an episode called “Far Beyond the Stars,” which deals with racism of course, but also another subject I’m particular close to. Being a writer, I know that all the ideas come from the writers. And I know that actors are meat puppets, and we interpret what the writers have done and we do it very well. But the original idea comes from the writers, so the good thing about “Far Beyond the Stars” is that the heroes of the episodes are not the usual hero characters, but the fictional writers. I love that part of the episode. We all brought our best to that episode, and Avery Brooks did an extraordinary job directing. People usually think when I talk about that episode that getting out of the makeup was what I was most happy about, but no, the best part of that episode was that underlying theme.

TrekNews.net: Well, it’s a good time to be a Star Trek fan, what with this doc coming out, and all the Star Trek series in development now.  What do you hope to see from the future of Star Trek?

Armin: I hope the idea of “hope” continues to be at the forefront of any series. And as I told you before, people told me how the show helped them through crisis. I believe the show will appeal to them in that way because we gave them hope. That’s what Star Trek does. It helps you to get through the hard times. Star Trek should look at issues that crop up in every generation and make us ask ourselves about that subject.  I want to see that format continue. I want to see future generations be asked, “well what do you think about this issues or that issue?” I want that to continue.

What We Left Behind will be in theaters for a special one-night engagement on Monday, May 13. Stay tuned for a review of the documentary, here on TrekNews.net!