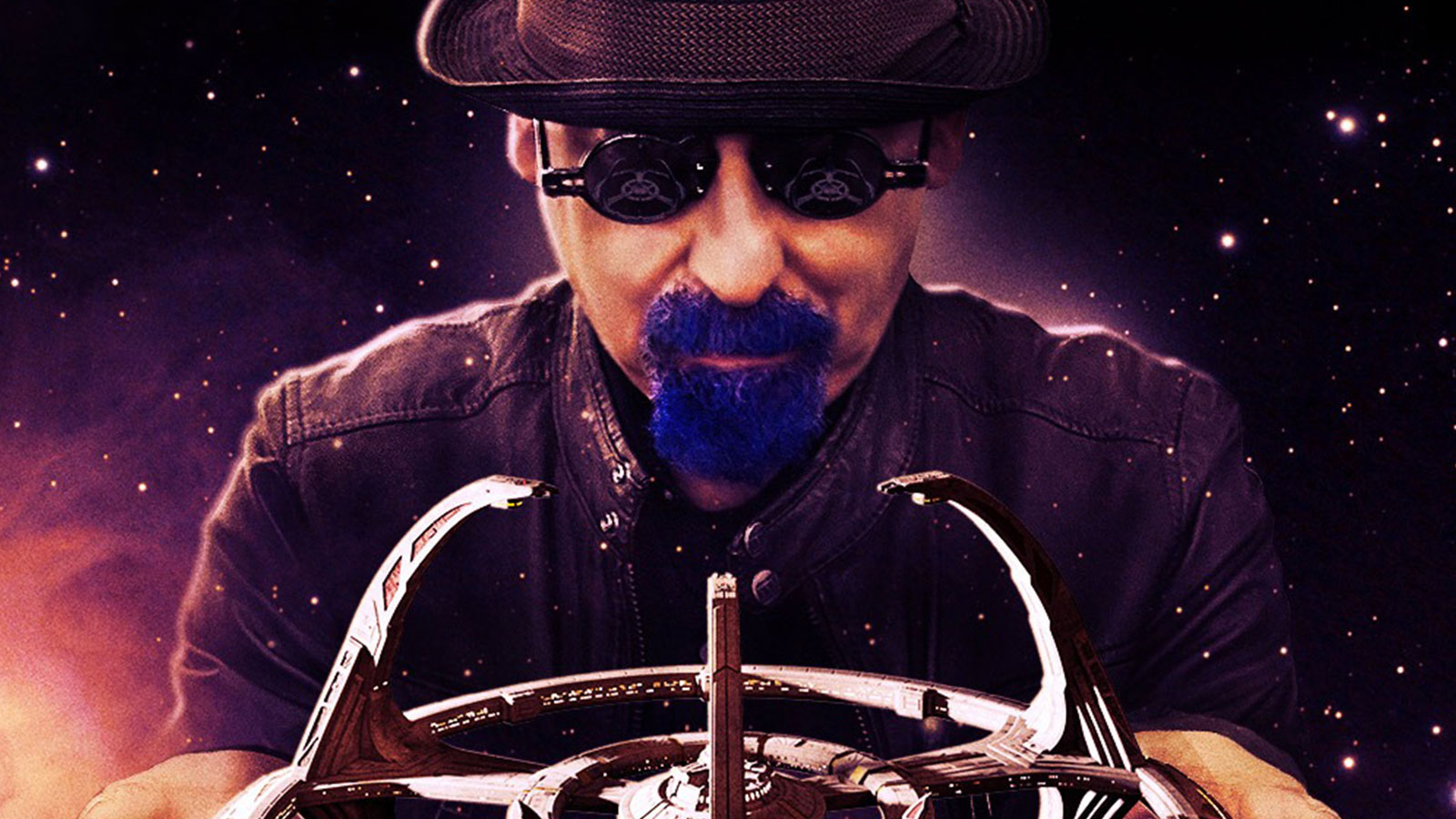 Deep Space Nine occupies a special place in the Star Trek pantheon. While it never achieved the mass popularity of its predecessor, The Next Generation, DS9 still ran for seven seasons, earned awards, and helped launch Voyager. But there was always something different about the show, something many fans never quite took to. It was darker, both in subject matter and visual style. And the crew was not exploring the stars, but rather operating on what was essentially the 24th-century version of the wild west.

This uniqueness is why, 20 years later, Deep Space Nine is finally achieving a pipe dream the cast and crew may have had back in the day: a DS9 movie in theaters. But What We Left Behind isn’t any DS9 movie. It’s a celebration, a look back in time, and a memorial to the blood, sweat, tears, emotions, and memories hundreds of people left behind on the Deep Space Nine sound stages.

It’s a project that’s years in the making, and one that, as the cast and crew of Deep Space Nine have told us, started as simply a conversation about their time on the show. But interest in a DS9 retrospective quickly snowballed to include the cast and crew you see in the doc, as well as testimonies from fans – the driving force of any TV show – about DS9‘s value. Dozens of cast and crew members are in What We Left Behind, with the very notable exception of Avery Brooks – Captain Sisko himself – who chose not to appear in the doc (most of his few scenes in What We Left Behind are taken from William Shatner’s The Captains documentary).

In any case, fans can’t ask for a much better list than this. Actors, producers, designers, network execs, and many more are accounted for. Indeed, the diversity of interviews is the doc’s biggest strength, and the number of testimonies really helps sell the familial bond these people share, and also helps paint the atmosphere of the show’s production.

Seeing the faces of our favorite characters is a refreshing change of pace – how often can you catch Star Trek veterans professionally filmed talking about their work? And while individual interviews are always nice, having showrunner Ira Steven Behr function as an anchor throughout the whole thing lends the doc a persistent narrative.

Just the Way You Look Tonight

After a lovely DS9-themed song sung by Max Grodénchik at the beginning of the doc, the screen fades to black. And suddenly, bam! Fans are launched into part of the remastered battle scene from “Sacrifice of Angels.” It’s one hell of a sequence.

The chance to see parts of DS9 remastered in high definition was always a selling point of the doc – and perhaps the most expensive part about it. It’s an upgrade The Next Generation received in its entirety, so fans can already get a good sense of how clear and crisp Deep Space Nine can look outside the show’s native resolution. Needless to say, seeing the station itself in more refined details (while filling the entire screen) is truly amazing. On the inside, thanks to its Cardassian nature, the station always had a fairly monochromatic look to it, which, when viewed in standard resolution, could look a bit muddy (especially on today’s larger, high-definition TVs). But that’s not a problem anymore.

We can only hope that if the doc makes enough money from its theater outing, and if home media sales are good, perhaps the powers-that-be will get the sense that DS9 is worthy of the full HD treatment? After seeing the 20 or so minutes of HD footage in the doc, how can we go back to watching low-res DS9?

Fans will likely see this doc and discover a renewed appreciation for DS9‘s various well-written characters, and that begs the question: what happened to these characters after the events of the series finale? Some of the show’s writers endeavored to answer that very question. Ronald D. Moore, Robert Hewitt Wolfe, Hans Beimler, and René Eschevierra are joined by Ira Steven Behr as they pitch a hypothetical season eight premiere, set 20 years after the series finale. The meeting is spread out throughout the doc as the writers break down each act of this mythical first episode – which actually turns out to be quite the interesting story pitch and a fascinating watch in its own right.

This feature (filmed in 2015) is a great idea to help pad out the doc’s running time while revisiting classic characters within the Star Trek universe. Having a look into the writing and breaking process is a much appreciated, and rare, occurrence, and shows what’s arguably the most creative aspect of any TV show. And having this eighth season animated is a tantalizing tease for what an animated DS9 show could be. It’s virtually certain that there will never be a live-action follow-up to Deep Space Nine, but why not a canonical animated mini-series or graphic novel? And let’s put on our tinfoil hats here: season eight in What We Left Behind takes place 20 years after the series finale, which almost lines up chronologically with the upcoming Picard show. Synergy!

If you missed What We Left Behind in theaters, or if you didn’t back the project and therefore didn’t get an early look at the doc, you’re still in luck. It’s releasing on home media in August, which is a natural step for the project. What We Left Behind will likely remain in Star Trek fandom as a time capsule, something fans can look on in the future and remember the journey the cast, crew, and fans embarked on Deep Space Nine and in the years after.

This raises the idea: what if every Star Trek series had such an inclusive, emotional, funny, diverse, and profound documentary? It’s probably too late to do a What We Left Behind-esque doc for The Original Series, but why not have a TNG doc in 2024 (30th anniversary of that show ending)? Or a Voyager doc on that show’s 20th anniversary of its end date (2021). Likewise with Enterprise (2025). Ira Steven Behr and company have shown what’s possible when time, care, and money are spent to properly pay tribute to amazing Star Trek work. In the process, they have given fans an unforgettable gift. If you are a Star Trek fan, you are in for an excellent two hours.

Stray thoughts from beyond the Wormhole: