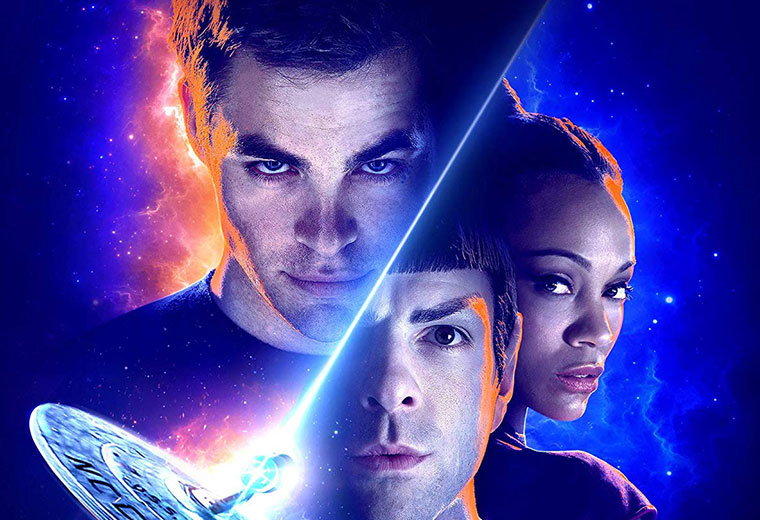 Paramount has announced the release of Star Trek Trilogy: The Kelvin Timeline which is available now on standard Blu-ray and is available for pre-order on 4k UHD Blu-ray.

The set includes 2009’s Star Trek, 2012’s Star Trek Into Darkness and 2016’s Star Trek Beyond, along with all of the bonus features previously found on those single-film releases.

The standard Blu-ray set will come packaged with three discs, while the 4K UHD/Blu-ray combo pack will include nine. Both of the releases include digital copies of the films.

Check out the official artwork and synopsis below.

When the U.S.S. Kelvin is wrapped up in a temporal anomaly, the path of Starfleet and the future of the universe as we know it takes off in a new direction: the Kelvin Timeline. Up against the Romulans, the superhuman Khan (Benedict Cumberbatch), and the alien warlord Krall (Idris Elba), it’s all hands on deck for the U.S.S. Enterprise crew, led by the young and headstrong Kirk (Chris Pine), Spock (Zachary Quinto), Uhura (Zoe Saldana), McCoy (Karl Urban), and Scotty (Simon Pegg). J.J. Abrams’s reboot of the classic franchise has received dozens of accolades, including an Academy Award. For devoted fans of the beloved benchmark sci-fi series, all three films now come together in the Kelvin Timeline Trilogy – a bold, new beginning and a must-have in anyone’s Star Trek collection.

Stay tuned to TrekNews.net for all the latest Star Trek news. Connect with us on social media: @TrekNewsNet on Twitter, @TrekNews on Facebook, and @TrekNews on Instagram.